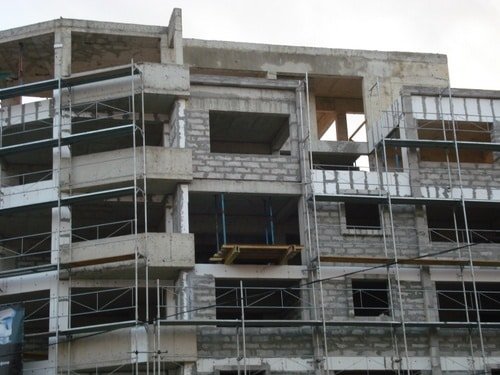 Cyprus is over reliant on construction says fiscal council head

On issues of the economy, the President of Fiscal Council Demetris Georgiades is one of the very few voices of reason. This could be the reason why, when he expresses his views in public, he does not receive much media coverage. The political class ignores him altogether as he stands for everything its big-spending members abhor – prudent management of the economy, fiscal discipline, contingency planning, lowering of public debt etc.

These economic values are viewed with disdain by the political parties, all of which are champions of indiscriminate state spending that targets groups of voters. They therefore do not pay any attention when a state official calls for restraint in spending and more prudence in managing state revenue. Speaking to deputies on Monday, Georgiades said that the biggest risk to fiscal stability was the upholding by the Supreme Court of the administrative court’s decision that the public sector pay cuts of 2012 were unconstitutional. A decision on the state’s appeal against the ruling is expected soon.

If the decision is upheld and more public employees take the state to court demanding a return of the cuts “the problems will be bigger,” said Georgiades, who also warned that the increase of the public payroll was higher than that of state revenue. Everyone ignored this warning, which indicates a return to the bad old days of uncontrolled growth of the public payroll, because they do not want to alienate public employees. The fiscal situation will be made even more difficult to manage, in the medium term, if the Supreme Court upholds the decision of the administrative Court.

Georgiades also warned about the economy’s over-reliance on construction, which has been boosted by the citizenship by investment scheme, as this type of growth cannot be considered permanent. Exogenous factors such as restrictions imposed by the EU, more attractive citizenship schemes by other EU countries or a global recession could cause demand to fall, adversely affecting state revenue. And what would the government do then, bearing in mind that 40 per cent of state spending is inelastic, going on public sector staff costs?

The very high public debt, which everyone pretends does not exist, was also highlighted as a potential risk to fiscal stability by Georgiades, who has been arguing for some time that reducing it should be a government priority. While the economy is going well it is manageable, but as soon as there is a slowdown and state revenue falls servicing the debt will become problematic. The economy would be protected from the effects of such negative developments in the future if the government built up its reserves now that things are going well. But it seems governments are only interested in the short-term.