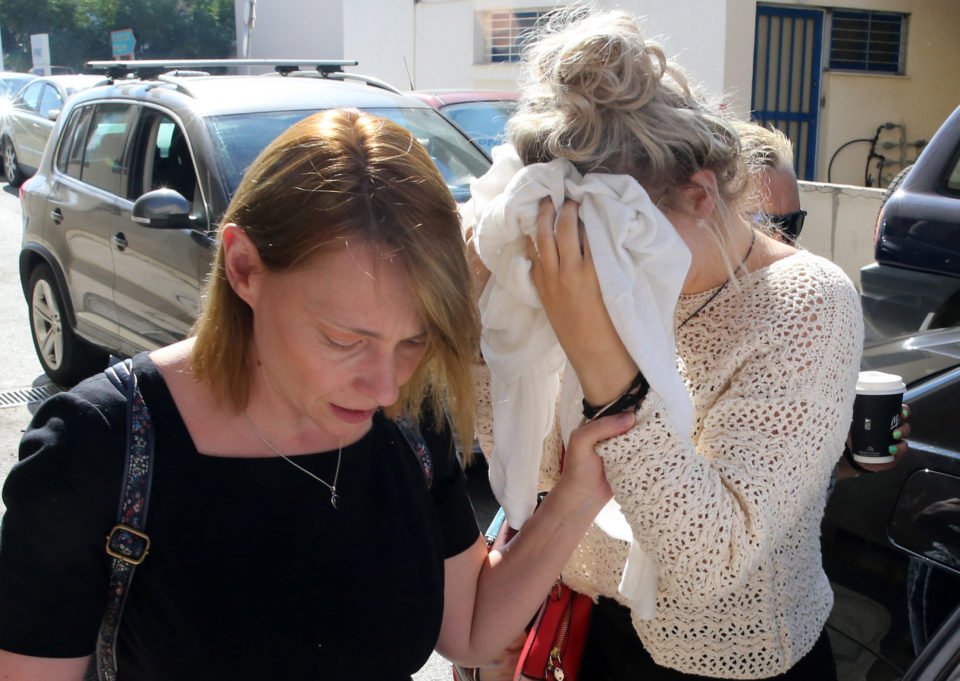 The woman during a previous court appearance (CNA)

In a day of relentless questioning, local prosecutor Adam Demosthenous on Wednesday grilled a 19-year-old British woman on details of her police statement, which she insists was made under duress.

In a highly publicised case, the teen claims she was gang-raped by 12 Israeli holidaymakers in Ayia Napa in July, but was later forced by police to retract her accusation.

But at Famagusta District Court, Demosthenous appeared to be trying to dismantle the young woman’s account of the night in question during three hours of testimony.

Police believe the teen, who faces a single charge of public mischief, fabricated the rape claim after being humiliated when learning she had been filmed on mobile phones having sex with one of the Israeli tourists, a charge she denies.

The teenager, who cannot be named for legal reasons, insists that the rape happened, whist the retraction statement was a police fabrication.

At one stage, she directed Demosthenous’ attention to numerous grammatical errors in the retraction statement. “I’m very educated,” the teen testified. “No way would I write a paragraph like this,” she said, pointing to the A4 typed statement. “This is in Greek English.”

Rather, she insisted, looking at judge Michalis Papathanasiou, the statement was concocted and typed up by police at Paralimni station, without her input.

“There were grammatical mistakes all the way through,” she added.

The defendant, who was just 18 at the time of the interrogation, described suffering severe stress, when ‘questions were coming each way,’ from two officers.

Her defence has argued her retraction was obtained after a gruelling eight-hour interrogation, without her being afforded access to a lawyer or any other support.

The accused said she vividly remembered suffering a panic attack during the interrogation and being refused permission to visit the bathroom. “I was really, really stressed and I needed to go to the toilet,” she explained.

She also claimed she felt vulnerable when left alone with the interrogating officer, who, at one point, shouted at her to stop crying. “I felt like I was in danger,” she explained, wiping back tears.

The teen also claimed she was ‘never cautioned’ before being arrested on July 17, whilst her passport was confiscated that same evening.

“I haven’t seen it since,” she added.

After being charged, the young woman spent over a month at the Central Prison in Nicosia before being allowed conditional bail at the end of August.

On Tuesday, detective sergeant Marios Christou, who was in charge of the interrogation, told the court how on the night of the young woman’s arrest he had been suspicious that the defendant had not been truthful, but insisted she wrote the statement voluntarily.

Last week, a dozen civil society organisations sent an appeal to the attorney-general in Nicosia to throw the case out.

Earlier this month, the young woman’s lawyer, Michael Polak of Justice Abroad, said his client had been treated for post-traumatic stress disorder, brought on by the incident.