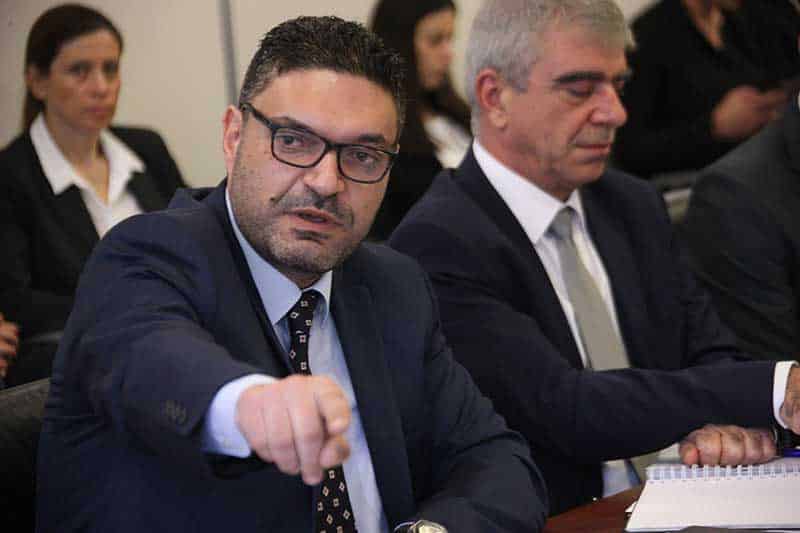 Speaking after briefing the House ethics committee, the minister said the revision of the plans will start soon.

“Our approach to local plans is that there needs to be a very different approach, which will also provide for a significant increase in the [building] coefficient in city centres, in order to make cities more densely populated, which will also have major implications for traffic,” he said.

He explained that in recent decades great horizontal development has created a traffic problem which affects everyone’s quality of life.

Petrides added that the issues of small green spaces that are fragmented and scattered will also be considered.

“All this we believe will be done with a modern approach so that there are more liveable cities,” he said.

A simplified licensing framework prepared in cooperation with the scientific and technical chamber (ETEK) will be presented and put for public consultation within the month.

The framework provides for major changes and introduces a new approach by placing proposed developments into three categories: low, medium and high-risk ones. It also provides for simplified procedures.

On criticism on delays in processing of building permit applications, the minister said that last year, 7,500 new applications had been submitted to the town planning department and have all been processed.

“So, despite the fact that due to the economic recovery there has been an increased number of applications, the town planning proved to be adequate despite the significantly reduced staff compared to 2012,” Petrides said.

Delays concerning around 5,000 applications may be due to derogations or some other issues under consideration he said.

He admitted that the town planning is lagging behind in terms of computerisation, possibly due to inadequate plans in the past. Efforts are underway to address this, he said.

As regards the plethora of high-rise buildings, he said, their many positive aspects must not be overlooked, since they are considered more environmentally friendly if they are constructed the proper way. The minister also referred to the state policy on licensing the erection of high-rise buildings arguing that environmental studies are being carried out before permits are granted while a preliminary study on some other environmental issues has also been prepared.

“I am not saying that this is final, certainly in the context of local plans we will see this issue more comprehensively but there is an integrated policy that is being implemented,” Petrides said.

The Greens’ leader and MP Giorgos Perdikis said the minister failed to provide satisfactory answers as regards the “non-existent policy on the development of high-rise buildings and impunity observed in coastal development.”

According to Perdikis, the minister admitted that this fever for high-rise building developments, especially in Limassol, is being carried out without a comprehensive policy in place.

Due to this, there have been incidents of waste flowing into the Limassol sea from a high-rise building construction site, Perdikis said.