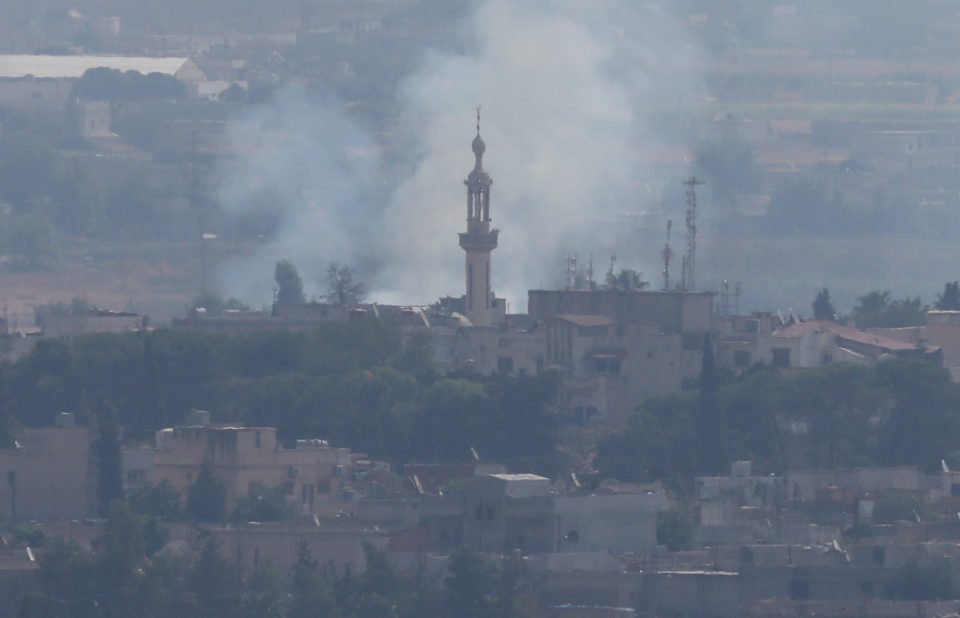 Smoke rises over the Syrian town of Ras al-Ain as seen from the Turkish border town of Ceylanpinar.

Turkey has agreed to a five-day ceasefire in northeast Syria to allow for withdrawal of Kurdish forces, U.S. Vice President Mike Pence said on Thursday after talks with Turkish President Tayyip Erdogan.

“Today the United States and Turkey have agreed to a ceasefire in Syria,” Pence told a news conference after more than four hours of talks at the presidential palace in Ankara.

Pence had flown to Turkey to call for a halt in Turkey‘s cross-border military operation, called Operation Peace Spring, under which Turkey has aimed to clear YPG Syrian Kurdish fighters from a 20 mile (32 km) deep “safe zone” along the border.

“The Turkish side will pause Operation Peace Spring in order to allow for the withdrawal of YPG forces from the safe zone for 120 hours,” Pence said.

Dentists still out of Gesy