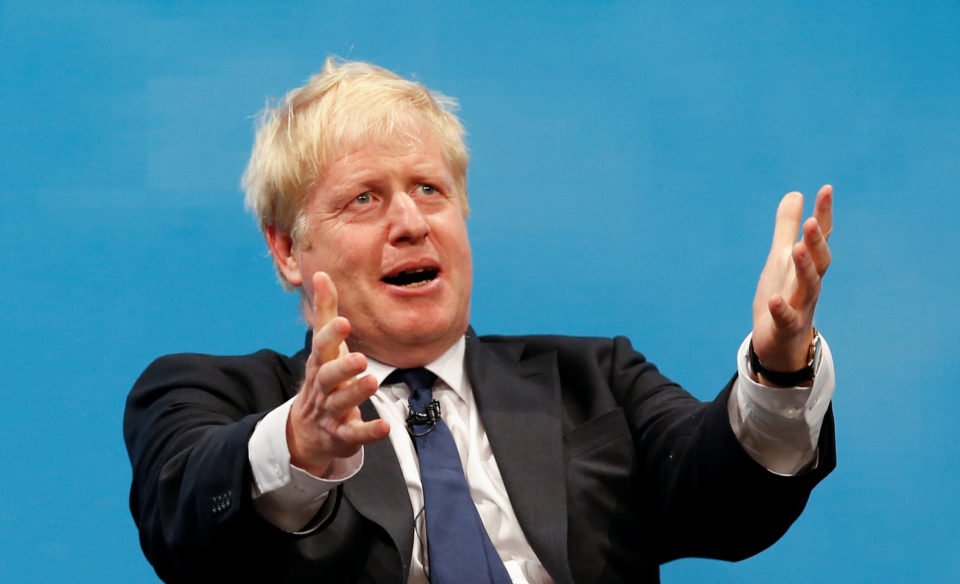 Prime Minister Boris Johnson faces a Brexit showdown with parliament on Saturday after clinching a last-minute divorce deal with the European Union that his Northern Irish allies oppose.

In an extraordinary Saturday sitting, the first since 1982, parliament will vote on approving Johnson’s deal. Britain is due to leave the EU on Oct. 31.

But Johnson, whose Conservative Party has no majority in the 650-seat House of Commons, will face a deeply divided parliament where his opponents are trying to force both a delay to Brexit and another referendum.

Other options include collapsing his government so that others can take control of Brexit negotiations.

WHEN IS PARLIAMENT SITTING?

Parliament will sit from 0830 GMT on Saturday Oct. 19 – the first time since April 3, 1982 when it discussed the Argentine invasion of the Falkland Islands.

Johnson will make a statement to lawmakers, after which there will be a debate and then a vote. The debate was originally scheduled to last 90 minutes, but is no longer time-limited.

The final vote is intended to meet one part of the criteria for ratifying the exit deal. Legislation would then need to be passed by Oct. 31 in order to complete the ratification.

WHAT IS BEING DISCUSSED?

Johnson said he had agreed a “great” new Brexit deal. He is framing Saturday’s vote as a choice between his deal or a no-deal exit. Others say the choice is more complex.

The Democratic Unionist Party said it could not support the deal. The opposition Labour Party, the Scottish National Party and the Liberal Democrats have all said they will oppose it.

If Johnson loses a vote on a deal and does not get approval for no deal by Saturday, he is required by law to write a letter to the EU requesting more negotiating time, delaying Brexit until Jan. 31, 2020.

The government has said both that it will comply with this law and that Britain will leave the EU on Oct. 31 whatever happens. Johnson has not explained how he plans to take these two apparently contradictory steps.

WHAT ARE OPPONENTS PLANNING?

Lawmakers will try to amend the wording of the motion which is voted upon to change its meaning. These so-called amendments need to be approved by a vote in parliament, which would take place before a vote on approving the final text of the motion.

So far three have been submitted, and more could be added on Saturday. The speaker has discretion over which ones he thinks lawmakers should be able to debate and vote upon.

AMENDMENT A – This has been submitted by a cross-party group of lawmakers. Its effect would be to withhold approval for a deal until legislation implementing the deal has been passed by parliament. This could require a delay to Brexit if the legislation cannot be passed before Oct. 31.

If the amendment was approved, there would be no vote on Johnson’s deal on Saturday.

AMENDMENT B – This changes the vote from being about approving Johnson’s deal, to being about cancelling Brexit altogether. It seeks lawmakers’ approval to revoke the ‘Article 50′ notice that notified the EU of Britain’s intention to exit.

AMENDMENT C – This calls for lawmakers to reject Johnson’s deal and request a delay to Brexit in order for a general election to be held.

SECOND REFERENDUM – A group of Labour lawmakers who favour a second referendum have put forward an amendment calling for approval of any deal to be subject to another public vote, although this only has a chance of being debated if Johnson loses a vote on his deal.

If this was put to a vote and passed, it would not be binding on the government, but would be hard to ignore and would be a big step forward for the long-running campaign for a new vote.

WHAT ARE THE NUMBERS?

The prime minister needs the support of 320 lawmakers to be certain of victory in the 650-seat parliament.

This number is lower than a simple majority of 326 because seven Irish nationalist Sinn Fein party members do not sit or vote, three deputy speakers do not vote, and the speaker, John Bercow, votes only in the event of a tie.

There are also four “tellers” who help count votes, but do not vote themselves. However two of the tellers must support the deal and two must be against.

This means that if the vote in favour of the deal is 318 or above, Johnson has won. He could win with fewer votes if there are abstentions.

If there is a tied vote, the speaker casts the deciding ballot. Parliament’s website states that in the event of a tie:

“The Speaker casts his vote according to what was done in similar circumstances in the past. Where possible the issue should remain open for further discussion and no final decision should be made by a casting vote.”

HOW ARE THE PARTIES VOTING?

Conservative Party: Johnson’s party does not have a majority in parliament and is not united about the best plan on Brexit. There are 288 Conservative seats and most would be expected to vote with the prime minister.

But there is a faction of committed Brexiteers who could rebel if they feel the deal does not provide a satisfactory break from the EU. Lawmakers in that group, who can number as many as 80 but have a hard core of around 28, are unlikely to vote as a single bloc and are difficult to predict.

The Democratic Unionist Party (DUP): Its 10 lawmakers are also pivotal to Johnson’s chances of success. The party is allied with the Conservatives under a formal arrangement, but the DUP says it cannot support the Brexit deal.

The DUP’s decision is expected to influence some of the Brexit-supporting Conservatives’ votes.

Conservative exiles: Johnson expelled 21 Conservatives from his party in September because they did not support his plan to leave the EU on Oct. 31, with or without a deal. Another, former cabinet minister Amber Rudd, quit the party over Brexit and also sits as an independent.

Some could support his deal, others are more likely to reject it and back a delay to hold a second referendum.

Leader Jeremy Corbyn said he could not support the deal, and he will order his lawmakers to vote against it.

Asked whether he would put forward a motion of no-confidence to try to bring down Johnson on Saturday, Corbyn said the weekend was a time to discuss the Brexit deal and other issues would be for next week.

Labour rebels: Labour rebels are crucial to Johnson’s hopes of getting a deal approved. A small number of Labour lawmakers are explicitly pro-Brexit and have supported previous attempts to back a deal.

Another larger group of around 20 Labour rebels who want Britain to leave the EU with a deal could also back Johnson, depending on the final terms.