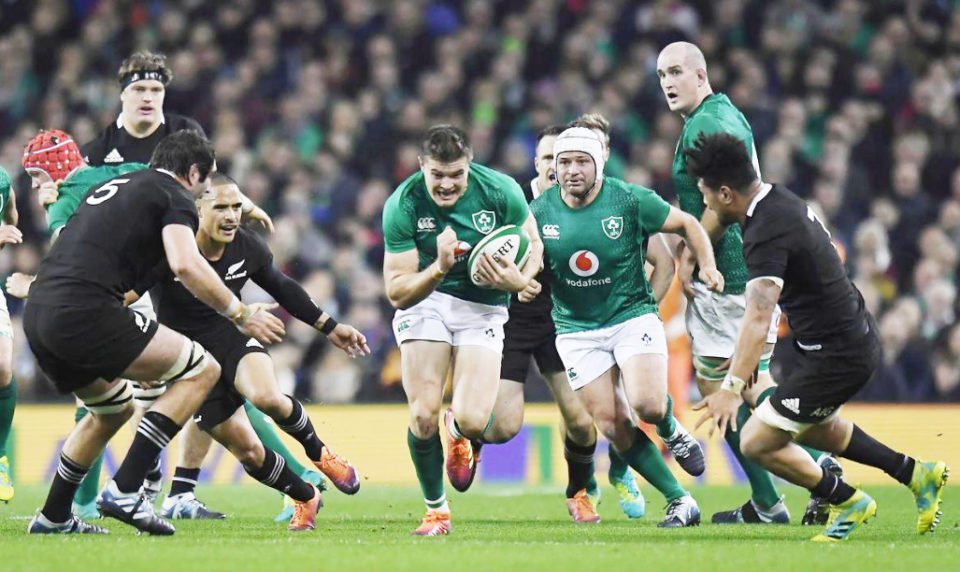 Ireland coach Joe Schmidt has been used to making history in his six years in charge and he could make a little bit more on Saturday in the Rugby World Cup quarter-final against his native New Zealand.

The Irish have never advanced past the quarter-finals at the global showpiece, with the clash against the All Blacks at Tokyo Stadium that kicks off at 7.15 p.m. (1015 GMT) possibly their best chance to break that curse.

Their structured game plan under Schmidt has led to three Six Nations titles, their first series win in Australia in almost 40 years and, more importantly, their first two victories against the All Blacks – a 40-29 victory in 2016 in Chicago and then 16-9 last year in Dublin.

Both Schmidt and All Blacks coach Steve Hansen have said the recent results would have little influence on what happens on Saturday, but they have given the Irish players belief the three-times world champions were fallible.

“They have had some pretty successful experiences together. There are a number of players within that side who have contributed to a fair bit of history for us,” Schmidt told reporters.

“So the accumulation of those experiences together hopefully builds a bit of confidence – because you need to have some belief.

“You can’t go out against an All Blacks side and accept that you’re second fiddle. You’ve got to go out and put your best foot forward.”

Ireland’s best foot belongs to inside backs Conor Murray and Johnny Sexton, whose tactical kicking will be crucial in turning New Zealand around and putting pressure on their back three.

Their ability to control possession also appears to confuse the All Blacks and creates frustration.

While they will be without the suspended Bundee Aki, Schmidt selected his strongest possible side, with seven of the forwards that dominated the All Blacks last November in the starting team.

Hansen, who is stepping down after the tournament, said he was well aware of early exits, having been an assistant to Graham Henry when they were bundled out by France in the 2007 quarter-finals.

That was the All Blacks’ worst finish at the tournament and they have been unbeaten at the World Cup since, winning the titles in 2011 and 2015.

He named his strongest possible side available with Brodie Retallick back in the side after he recovered from a shoulder injury.

“We have experienced (an early exit) ourselves in ’07 and there’s no guarantees we won’t experience it again,” Hansen said.

“Ireland are in a situation where they haven’t gone past a quarter-final so they will be doing their darndest not to go home.