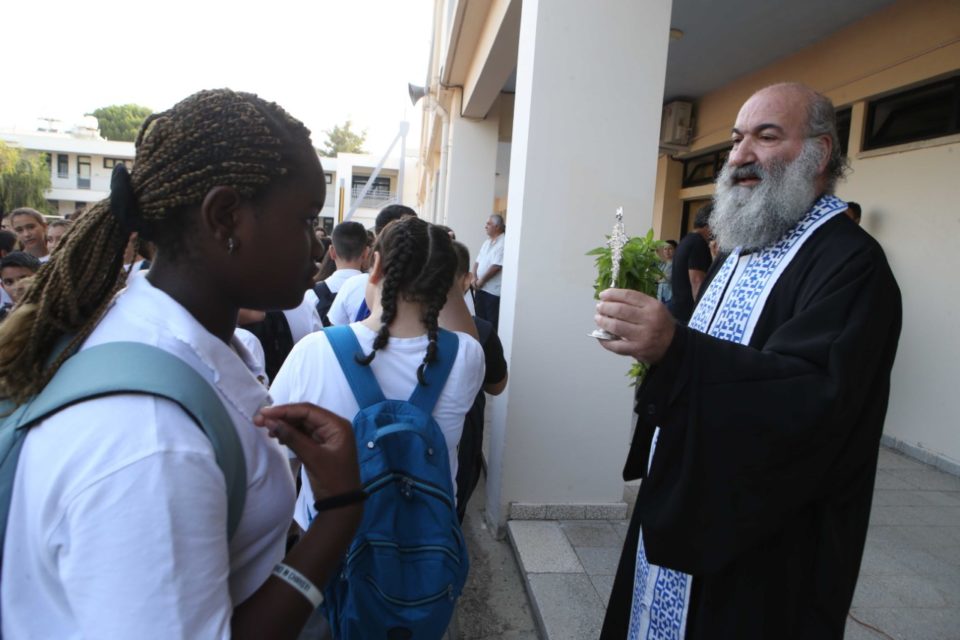 Morning prayers have no place in secular state schools. But are non-Orthodox children of a lesser God?

A PRIMARY school teacher landed herself in trouble for telling her pupils that God did not exist and refusing to hold prayers in her classroom as is stipulated in the education ministry’s regulations. Parents complained to the head teacher and despite receiving assurances that there would be prayers, this did not happen, forcing them to take their grievances to a television station, which made a big issue out of the matter.

The teacher was out of order, telling her class of 11- and 12-year-olds that God did not exist and this was the reason she did not have morning prayers in her classroom. There is a bigger issue however: why are there morning prayers at public primary schools that are meant to be secular? Who decided that every morning before the first period starts, there would be prayers? If these were church schools, or we were living under a theocratic regime, morning prayers would have been justified, but we live in a supposedly secular society and public schools are funded by the taxpayer.

Explaining the issue, the boss of Poed teachers’ union said the regulations for the operation of public primary schools, state that “teachers in the first teaching period, before the start of the lesson, undertake morning prayers with children of the class… it is understood that children which are not Orthodox Christian are allowed not to say prayers or cross themselves, but to pray silently to their own God.”

This is a bizarre way of promoting the inclusiveness that the public education system supposedly strives for. Every morning before school begins, non-Orthodox children are reminded that they are different from the rest of their classmates, because they are excluded from prayers. This an anti-educational practice that marginalises members of the class and discourages rather than facilitates their integration. What is astonishing is that no educator, either at a school or the education ministry, has dared to oppose this and demand the scrapping of the regulation, which is in violation of the constitution.

Nobody, it seems, is prepared to upset the Church which we suspect was instrumental in making morning prayers compulsory at all primary schools. The teaching union has never said anything about this anti-educational measure because it does not affect their pay or rights. In fact, the Poed boss, Philios Phylactou, offered the following solution: “Children that are not Greek Orthodox do not have to participate (in prayers), they can say their own prayers or look at the ceiling.” This was “an opportunity to show respect,” he said referring to the non-believers.

Morning prayers are for churches and people’s homes. They have no place in secular public schools, which are for all children, irrespective of their faith.