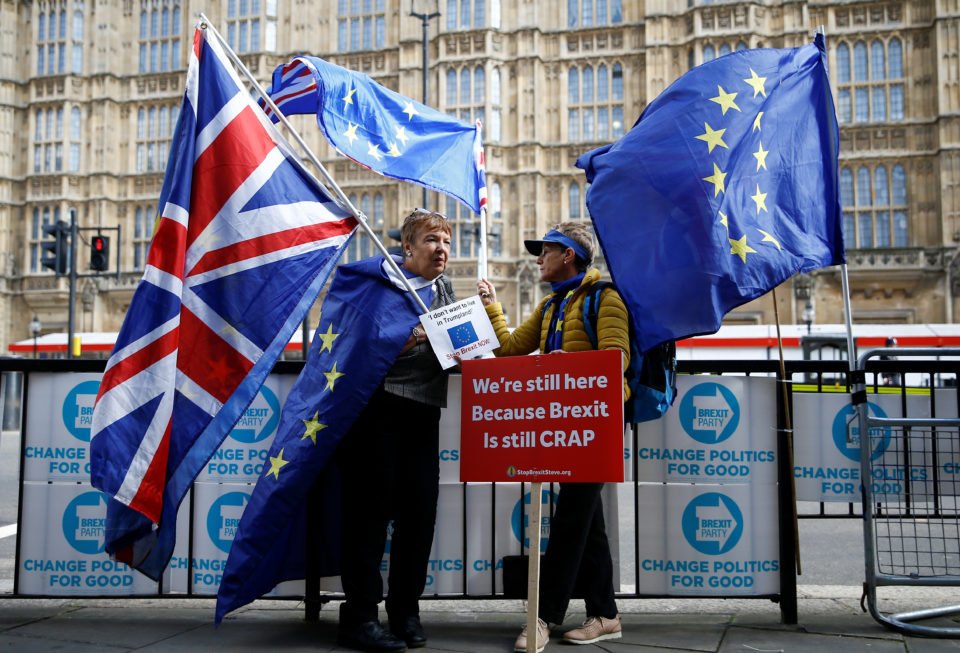 British Prime Minister Boris Johnson’s battle to win support for his new Brexit divorce deal raises the possibility that the United Kingdom could hold a fresh vote on membership of the European Union.

A group of lawmakers in the main opposition Labour Party have put forward an amendment calling for approval of any deal to be put to a second referendum, although this will only be debated if Johnson’s agreement is voted down.

The idea of a second referendum has been gathering support among some British politicians as a way to end the political stalemate. But the government has repeatedly ruled out another popular vote saying that to ignore the first one could trigger a constitutional crisis.

If a second referendum were called, it would be one of the most unlikely reversals in modern British political history.

SO HOW COULD ANOTHER REFERENDUM HAPPEN?

To get another referendum, parliament would have to approve new legislation and settle on a question for the public to answer.

There are probably three main options: Do you want to leave with a deal, stay in the EU, or leave without a deal?

For pro-Europeans, a new referendum would be a chance to end three years of turmoil. They say the complex issue of EU membership is best solved with a specific question to the public rather than a general election.

The challenge for pro-referendum supporters is finding enough support in parliament.

In April, when the government held a series of votes on the various Brexit options, a second referendum was the most popular option but fell short of a majority, losing 292 to 280.

Even if the amendment passed it would not be a binding commitment to hold a referendum. But if a majority of lawmakers backed it, it would be hard to ignore and a big step forward for the long-running campaign for a second vote.

A referendum would require spending public money to make it happen – something only the government can approve.

IS THERE ENOUGH SUPPORT FOR A NEW REFERENDUM?

Since parliament last held a vote on whether to support a referendum, a handful of Conservative and Labour lawmakers have indicated they would support a new public vote.

Campaigners say that to win a majority their best chance of finding people likely to switch to back a new vote is to look among the 66 lawmakers who abstained on the vote last time.

They comprise 16 opposition Labour lawmakers, some of the 21 Conservative MPs kicked out of the party last month for blocking a no-deal Brexit, and former cabinet members who are seen as pro-European.

Since July 2017 there have been 226 polls asking people whether they support Leave or Remain, according to a poll of polls by YouGov published last week. Of those, 204 have put support for remaining in the EU ahead, seven have given a lead to leave and a few have been tied.

However, other evidence suggests most voters have not changed their mind. The largest Brexit poll since 2016 carried out by Comres found that 50% of the public want to respect the referendum result, 42% want Britain to remain in the EU and 8%said they don’t know.

WHAT HAS BORIS JOHNSON SAID ABOUT ANOTHER REFERENDUM?

Johnson, who led the campaign to leave the EU in 2016, has repeatedly ruled out either revocation or another referendum.

“Can you imagine? Another 3 years of this?,” he said earlier this month.

Labour leader Jeremy Corbyn, who voted against EU membership back in 1975 and was criticised for only giving half-hearted backing to the 2016 campaign to remain in the EU, has signalled only lukewarm backing for another referendum.

Corbyn has said any Brexit deal should be put to a public vote. He has said he wants to renegotiate a Brexit deal and then put his agreement to a second referendum, without saying which side it will back. His party, though, is clear it wants one.

HOW LONG WOULD A SECOND REFERENDUM TAKE TO ORGANISE?

Passing the legislation would require a majority in the House of Commons and the upper House of Lords to vote in favour of holding a public vote.

Britain’s electoral regulator would then ideally need six months to test the question with the public and then grant a period for the campaign to take place, a spokesman said.