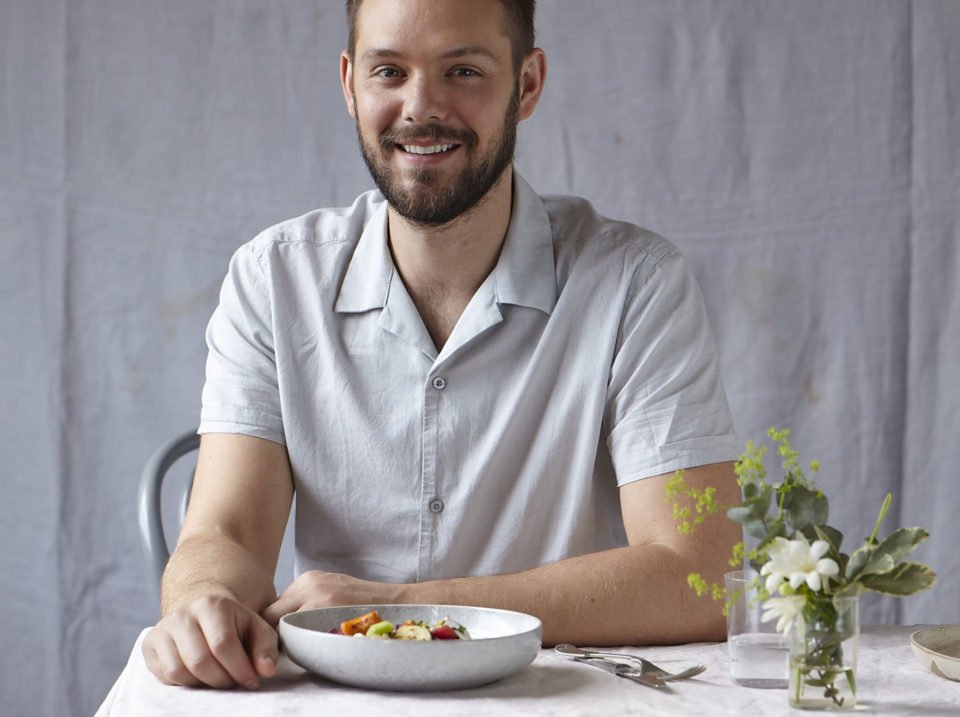 I’m not sure I’ve ever eaten cake at 9.45am before. But when former Great British Bake Off winner John Whaite passes you a slice of his freshly baked spiced pumpkin and whisky loaf, suggesting you slather it in damson jam, it’s not something you say no to.

It’s been a while since his time on Bake Off – seven years, in fact, and he’s recently written about how the show “derailed him from a steady lifepath”. He was a 23-year-old law student at the time, who was thrust into reality TV fame, only to watch his appeal shrink year-on-year, as each new batch of baking stars emerged.

He’s since written five cookbooks and set up his own cookery school in a converted barn on the family’s farm in Lancaster, but now aged 30, he still battles with his own demons.

It was during the production of his latest book, A Flash In The Pan, when things got so tough, contemplating suicide became an everyday thought.

“I was doing my barrister training in Leeds, so I was getting up at 5am and getting home and 10pm, and for me, that was a really stressful time,” says Whaite. “I was going through real bouts of depression and it was really hard.”

After developing pneumonia and being forced to drop out of his course, things took a turn for the worse. It was New Year’s Day when he realised life had got a bit much. “I took a break and headed for Canada,” he writes in his book. “I had to escape my life, take stock and recover.”

He’s had depression for years, he tells me, now looking the picture of health on a blustery autumn day.

Here is an enormously intelligent, beautiful and kind man who’s dragged himself out of some very dark spaces, getting on with his life as we bake and eat cake.

He’s grateful for every day, and for the love and support of his partner Paul, dog Abel and his family. They’re a really important part of his life and he’s close to them.

Food is very clearly something that ignites his soul. His shiny hazel eyes squint as he gets animated talking about it, and he clenches his fist in excitement as he describes browning butter, cracking jokes as he cooks.

When I ask him if baking is his self-care, he nods approvingly. “Baking is very meditative. It’s precise – you have to weigh out the ingredients, follow it step by step and focus on everything, so it’s just right. It also brings you out of your shell, because if you’ve made a batch of brownies, you share them and its really sociable like that. Churchill used to build walls for his depression and I find that baking is just as creative an output. It’s important to use that destructive energy and turn it into something.”

And of course, we must all eat cake. It helps with everything. He tells me that “calories don’t mean anything, it’s all about quality”, and as I box up 10 cakes and a slab of apple crumble chocolate fudge blondie (try saying that when you’ve got a mouth full of one), I conclude that’s just as well.

A Flash In The Pan by John Whaite, photography by Nassima Rothacker, is available now

Put both the chocolates, butter and the golden syrup into a medium saucepan and set over a medium-low heat. Stirring frequently, allow everything to melt together into a smooth, chocolatey pool.

Put all the remaining ingredients into a large mixing bowl.

Pour the chocolate mixture into the mixing bowl and stir so that everything is evenly mixed and coated in the chocolate.

Scoop into the prepared cake tin, press down to level and refrigerate for an hour or until set solid. Cut into the desired number and sized pieces.