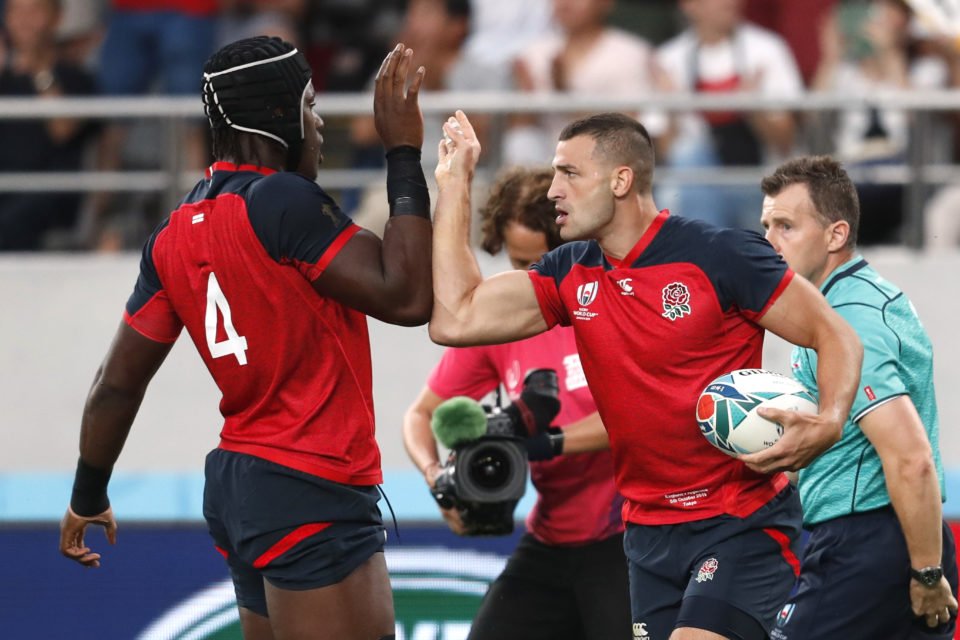 England and Australia have had some epic Rugby World Cup battles over the years, not least in each winning a final, but never before have they come together with one side claiming the sort of domination England are enjoying after six successive wins.

Given the closeness of the teams over the years, evidenced by their overall records in all Tests of England having 24 wins, Australia 25 with one draw, it is an extraordinary streak.

The previous best was five in a row – for England culminating in their 2003 final triumph in Sydney, while Australia’s best run of four came over a four year period back in the amateur days from 1984-88.

So, the question on everyone’s lips this week is how relevant is it? The answer everyone is giving is – not very, and World Cup history, the two finals apart, tends to support that view.

When the teams met in the 1995 quarter-finals, England had not beaten the Wallabies for seven years, but then stunned them in Cape Town via a Rob Andrew drop goal.

In 2007 Australia had won the teams’ two previous fixtures and had blitzed their pool, scoring 215 points in their four wins. England had been humiliated 36-0 by South Africa in the pool stage – but again they were unrecognisable when upsetting the odds in Marseille in the last eight. Four years ago the boot was on the other foot when it was Australia who arrived at Twickenham as outsiders for the pool game but blew the hosts aside and out of the tournament.

That remains their only success in the last nine meetings, and though that streak cannot help but give England confidence, coach Eddie Jones knows his compatriots will provide fearsome opposition.

“They are a great tournament side,” said Jones, who was their coach when they lost that 2003 final to Jonny Wilkinson’s extra-time drop-goal.

“They are a clever team. They’ve improved their scrum and lineout over the last six to 12 months considerably and that makes them more difficult to beat.”

Jones has surprisingly benched flyhalf George Ford, shifting Owen Farrell to 10 and beefing up his midfield by partnering Henry Slade with Manu Tuilagi.

It is still a lineup England are comfortable with. They have developed in a relatively settled side, with an extremely powerful yet agile pack, some devastating runners and ball carriers, a strong bench and perhaps crucially, in Farrell and Ford, two high-class goalkickers. Australia, conversely, have been desperately seeking some sort of continuity as coach Cheika tries to find a way to unlock his talented backline.

Will Genia and flyhalf Christian Lealiifano will start together for only the second time as Cheika changed his halfback duo for the sixth successive match.

And he has made a big call by selecting 19-year-old Jordan Petaia at outside centre on the back of two impressive performances here – on the wing. “I trust him infinitely and that’s why he’s been chosen,” Cheika said.

Australia’s record win over New Zealand in August was of inestimable value in sending them to Japan beginning to believe in themselves again after a dreadful 2018.

Even though they were thrashed 36-0 by the All Blacks a week later, that Perth win sent a reminder to the rest of the world that when they click, they really can tear the best defences apart.

They also have a record of somehow producing something special, particularly when their backs play with zest and ambition, at the World Cup.

Currently the tally between the two great sporting rivals stands at one final each, two quarter-finals to England and two pool-stage wins to the Wallabies.

That, as everyone seems to agree – before the match at least – will not count one iota to the 46 men due to do battle on Saturday.

‘We must push use of public transport’ minster says