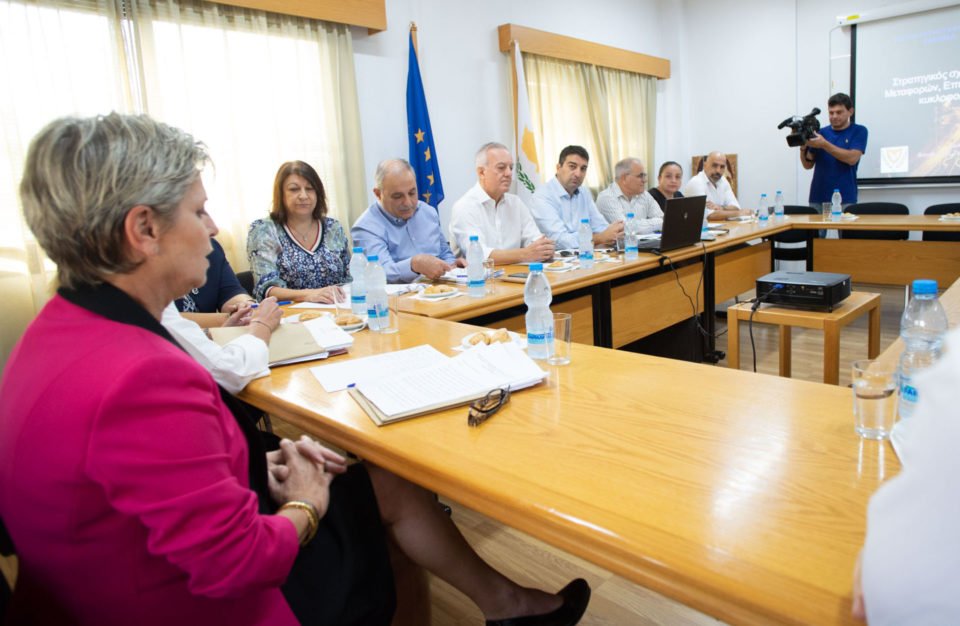 NICOSIA’s chaotic traffic problems are mainly due to the fact that over 90 per cent of residents in the capital use cars to get around, Transport Minister Vassiliki Anastasiadou said on Friday.

But without a viable public transport system, the problem would not be resolved, she said during the presentation of her ministry’s Mobility Plan to the Nicosia mayor Constantinos Yiorkadjis.

“We must encourage people to use more public transport as well as alternative means of transport,” Anastasiadou said in statements after the meeting.

She said her ministry was working towards a more sustainable development of the city, which included the improvement of public transport, which has failed miserably to entice more people onto buses in recent decades.

The meeting with the mayor, she said, focused on actions to be taken in order to boost public transport for the 2020-2030 period.

According to Anastasiadou, an additional budget will be allocated to the refurbishment of buses, the extension of their operating hours and to the increase in frequency.

Additionally, special reference was made to the promotion of revamping infrastructure such as bus stations and shelters, as well as telematic systems to improve the quality of the service offered.
The issue of traffic congestion in Nicosia was also one of the key topics during the meeting and Anastasiadou pointed out that several projects were currently underway to improve the problems caused by the massive flow of cars in the capital.

A key parameter for addressing traffic congestion are, as Anastasadou pointed out, important road projects that are either in progress or being promoted.
She referred to the implementation of the new one-way Kallipoleos Avenue, the first phase of which will be completed by March 2020.
Regarding road works in Nicosia, the minister pledged her plan would help minimize the impact on drivers.

“Where possible, we will complete one project before moving on to the next,” she said.

“Coordination and co-operation between the workers and local authorities are very important.”
When asked whether the ministry was considering implementing alternative public transport services such as trams, Anastasiadou said that it was premature to discuss the topic.

She said, however, that the idea of introducing trams in Nicosia has been widely discussed in meetings.

Our View: Second referendum could yet be the only Brexit option