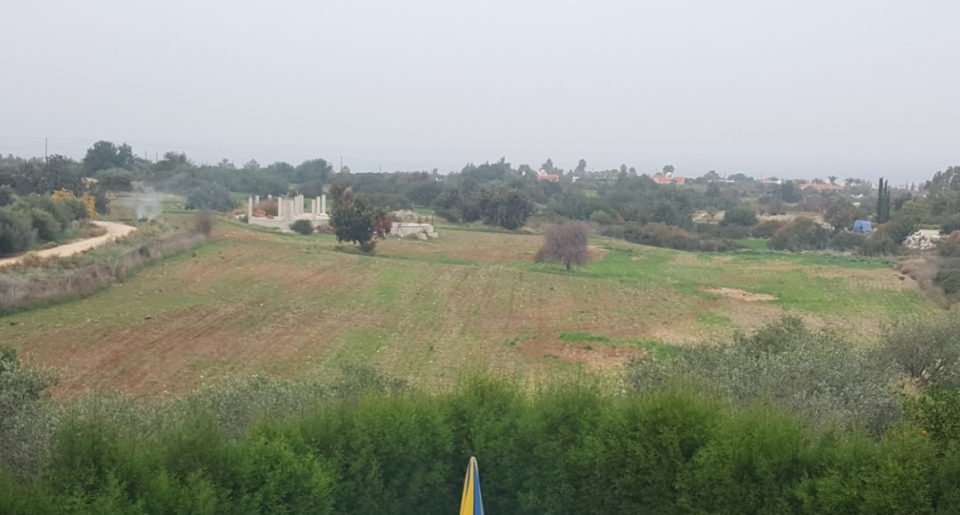 The site of the planned Mythos theme park at Neo Chorio

A large-scale theme park, ‘Mythos’, is planned for Neo Chorio in Paphos and should open to the public in 2021, according to the project’s investors from Cyprus and Hong Kong.

The plot of 43,000 m2 is situated 800 metres south of Latsi port, near the Akamas peninsula and around 300 metres from an EU Natura 2000 protection area where sites include, rare habitats and protected species of fauna and flora.

“It has all of the necessary planning and environmental permits secured from government authorities,” Savvas Hadjiminas, CEO of the project, confirmed to the Sunday Mail. A building permit has yet to be issued.

The Mythos theme park will be built by the recently formed company, Goldsky SH Ltd, with the objective of creating Cyprus’ first ‘signature destination theme park’, according to a press release. Construction will begin as soon as the building permit is approved by the Paphos district office and will take around 12 to 14 months to complete.

“The theme park will open to the public in the summer of 2021.It has premixed road that is connected to Polis and to the Baths of Aphrodite road and is connected to electricity and has its own bore hole,” said Hadjiminas.

A spokesman for the Paphos District Office (PDO) confirmed that a planning permit has been issued by the planning authority in Nicosia and that an application has been made at their offices for a building permit.

“We need some time to examine this as it’s a big project,” he said.

However, the project’s green light from the government has angered some environmentalists.

Efi Xanthou, the deputy president of the Cyprus Greens, said that the situation is reminiscent of the “sea caves in Peyia all over again”. She was referring to the permission given to build villas and tourist accommodation close to the protected sea caves, a breeding site for seals.

She said that the government does not want to have to retract permits applied for under previous legislation and pay compensation on the back of the “stupidity of their own departments”.

“This project is close to a fragile area and such projects are the reason that I was a coordinator and pressed to get the relevant legislation changed in 2018,” she said.

“Previously, only a ‘preview’ from the department of the environment was necessary, which is how this permit was approved, whereas a full environmental impact study should have been undertaken, as now is the case.”

She explained that had the plans been submitted under current legislation, the plans would be scrutinised further by the environmental department, but because they were submitted in 2017 they could take advantage of previous legislation.

Xanthou added that, according to the company’s own submitted assessment, a bio waste station will be created in an area where it is not allowed.

“There is a real danger of polluting underground water,” she said. 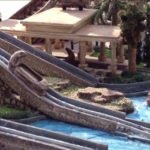 Although complaints have been made to the Greens about the theme park, which is close to a beach and the Akamas peninsula, it seems that the project will go ahead, she said.

“It is almost impossible to stop such a project once the planning permit has been given. The local people involved here have been lobbying to build in the Akamas for a very long time. This is a titbit offered to landowners by the state, so that there will not be a lot of resistance to the proposals for the Akamas.”

Hadjiminas stressed that the company is sensitive to all environmental and safety issues of the park and that all the necessary government environment departments have given their approval.

“We will also employ around 80 people and will prioritise training and employing young people from the area,” he said.

The large scale project will cost around 12 million euros, including the cost of the land.

A release from the company states that the Mythos theme park is expected to diversify the Cyprus tourism market and provide a new destination for tourists and will draw on ‘the rich Greek and Cypriot history and offer amusement through the ‘Talking Tom and Friends International Patent (IP).

Talking Tom and Friends is a family entertainment brand used by mobile phone game players and is the third most played game in the world, with 230 million users online and 7 billion viewers, they added.

The ambitious, proposed facilities at the site include rides and attractions such as ‘the grand park river ride’, billed as a ‘thrilling outdoor ride where visitors will experience Greek mythology’ in specially designed boats, on a specially constructed ‘river’. It will incorporate the trip of Odysseus to Ithaki through a,’ ride under waterfalls and mystery passages’.

A ‘flume’ ride in bespoke boats with special effects will also enable visitors to experience the adventure of Jason.

“The boats will be in a channel and drop down twice to create a big splash in the water.”

The plans include an amphitheatre built to resemble Salamis amphitheatre with a capacity to fit a seated audience of 800 which will be equipped to host all sorts of performances such as opera, and daily and night time shows. The stage will also be designed to operate in all weather conditions.

A children’s themed adventure playground is also planned and a ‘dry’ playground for those aged up to 15 years, complete with slides, climbing nets, special games and a ball pool.

There will be a space for ‘water wars’, a water battle game, which will be integrated with another large playground with a large Trojan horse which incorporates slides.

A train ride will take visitors through animated stories of the production of copper in an old mine and visitors will also be able to create their own copper coins.

A wave cave, remotely controlled boats and a house of illusions are also planned.

Also in the extensive plans are an audiovisual multi-media show presenting the history of Cyprus, shops, parking for 280 cars and drop off taxi and bus points.

“A food hall will be large enough to accommodate a capacity of 1500 daily and will sell all sorts of fast food and barbecued food. Special events such as weddings, christenings and birthdays can also be held here.”

“Our vision for the project is to address the three ‘Es’,” said Hadjiminas, “Environment, education and entertainment. The implementation of this proposal will significantly improve the international marketing image of Cyprus and enhance the quality of our tourism product.”

The project has also been presented to President Nicos Anastasiades. Finance Minister Harris Georgiades and other officials, Hadjiminas added.