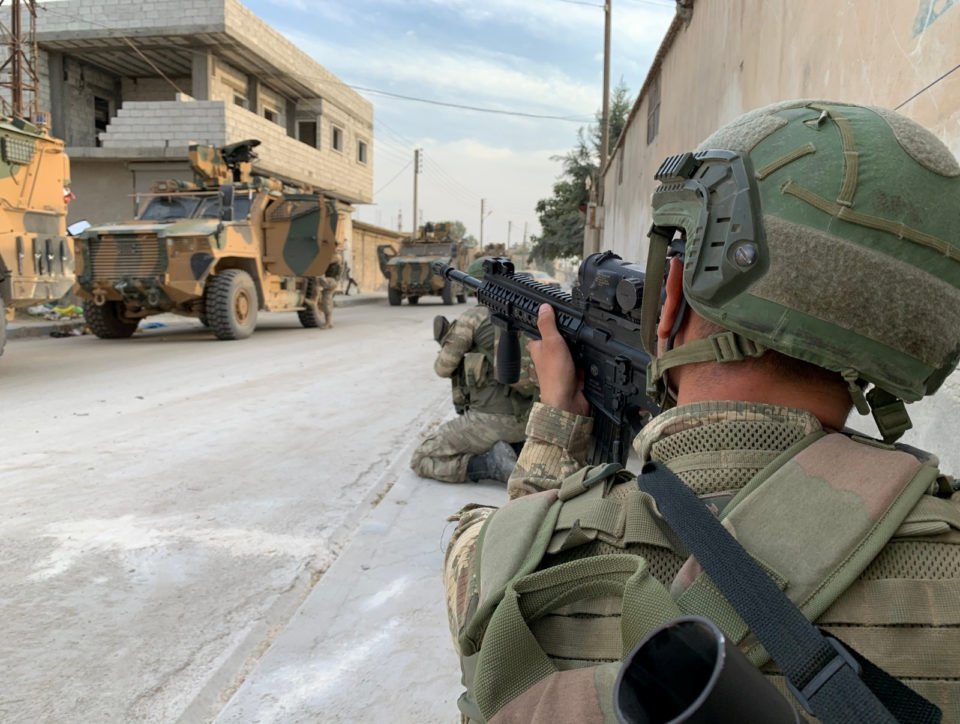 THERE are many lessons to be drawn from Turkey’s invasion of Syria. The most significant for us is that even if there is a settlement of the Cyprus problem without intervention rights, no one could guarantee that Turkey would not invade militarily if, God forbid, there was armed bicommunal conflict even on a limited scale.

It would actually be preferable for intervention rights to apply and we lived in peace and harmony with our Turkish Cypriot compatriots (in which case the right to intervention would be rendered a dead letter with the passage of time) instead of being abolished and, because of friction between the two communities, have Turkey’s Sword of Damocles hanging over our heads.

If, then again, we end up with a two-state solution, what prevents Turkish troops, when Unficyp is eventually withdrawn, from creating a security zone (as Ankara would call it) on technical pretexts that would include Nicosia and its suburbs? The platitudes of the EU or UN resolutions?

Another significant lesson from the Turkish invasion of Syria is the absurdity of the so-called new policy on the Cyprus problem which would “incur such a cost on Turkey that it would quit its intransigent positions”.

Firstly, international public opinion, which would activate the agencies to impose this cost, would have to be convinced that the reason for not reaching a Cyprus settlement was Turkey’s intransigence. At Crans-Montana, it was the Cyprus president who walked out of the talks and, while the UNSG Antonio Guterres criticised the leaders of the two communities for lacking the will to reach an agreement, he praised Turkey for the constructive stance it took.

The Annan plan, which we overwhelmingly rejected, was backed by Turkey, Britain, the UN, the US, Greece’s intelligentsia and former prime minister Costas Simitis. Therefore, it is not obvious to foreigners that the responsibility for not agreeing on a settlement belongs to Turkey. But even if the prevailing view were that Turkey was exclusively responsible, who and what type of sanctions would be imposed on Turkey to make it more compromising so that a settlement could be secured when we see how ineffective the sanctions imposed, as punitive measures, for the invasion of Syria have proved?

The big danger, though, for the future of Cyprus is the rise of Islamism in Turkey that not only boosts xenophobia but also hatred towards people of other religions, particularly Christians. It is a trend that we have not taken seriously, despite seeing mosques growing like mushrooms in occupied Cyprus. This development is the result of the emphatic victory of President Erdogan’s AKP in the general elections of 2011, which put Islamists firmly in the driving seat and allowed them to freely pursue their own agenda.

In contrast to the previous two electoral victories of the AKP, the Islamists were now freed from the shackles of Kemalism and the military establishment. So, instead of democratising Turkey, as they had been declaring, they did the exact opposite, backing populism and the personality cult of Erdogan. To achieve this, they upgraded the role of the Directorate of Religious Affairs (Diyanet).

As defined by law, the responsibilities of Diyanet is to execute works related to the beliefs, worship and morals of Islam, to enlighten the public about their religion and to administer the sacred places of worship. Diyanet, in consultation with the AKP, plans the weekly sermon that is delivered to 85,000 mosques in Turkey and northern Cyprus as well as 2,000 mosques abroad. It is a coordinated act of brain-washing. And those who express disagreement with the policies of the regime can be stigmatised by Diyanet through various fatwas.

The head of Diyanet, Mehmet Gormez, wholeheartedly supports the emerging radical Islamist rhetoric of the AKP government and is against abortion, women’s rights, consumption of alcohol, celebration of New Year etc. He also uses the rhetoric of jihad in order to demonise the opponents of the regime. This repression reached new heights with the 2017 fatwa that the terrible crimes committed by the supporters of the Erdogan regime could not be persecuted because the Muslims of Turkey are under attack from forces within and outside the country.

For all these reasons, it is imperative to forge friendly ties between Greek Cypriots and Turkish Cypriots that would help secure a settlement before the radicalisation of the Turkish Cypriot leadership. At the moment, there are pockets of resistance as the trial of journalist Sener Levent and the comments about Syria by Mustafa Akinci testify. If these pockets of resistance disappear and the Islamists prevail completely the future of Cyprus will be very bleak.

In such a nightmarish case, what type of negotiations could there be when the basic values of human life, embraced by the EU such as freedom of thought, religion, action and speech are considered satanic? When the ‘virtuous’ and ‘correct’ citizen is the person that is voiceless, servile, without will, subservient and unprotestingly complies with the dogmas and fatwas of the imams.

Sheep take over streets of Madrid for annual migration