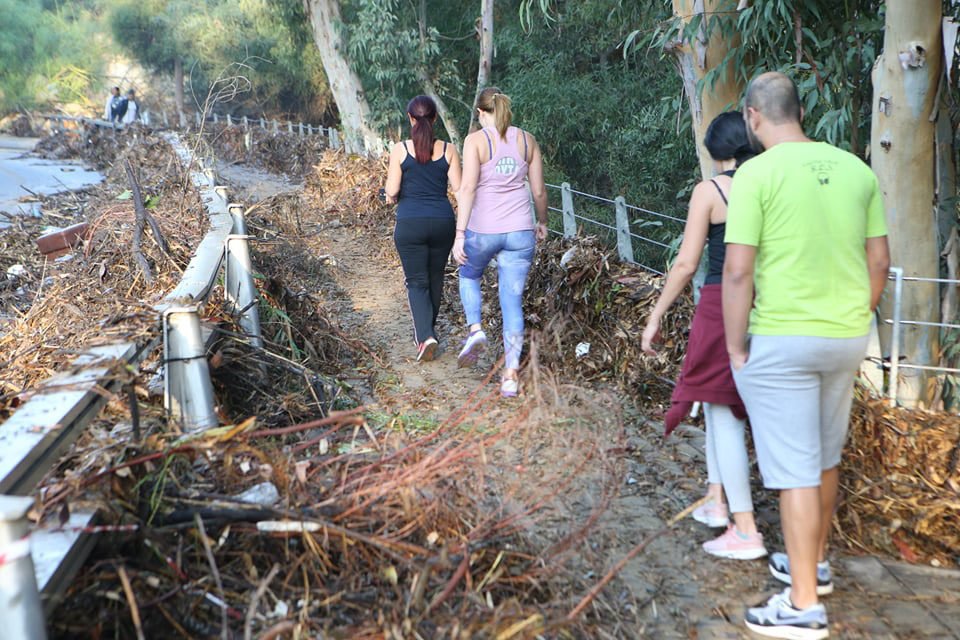 Photo: Some of the damage near the Pedieos river in Strovolos, Nicosia (Christos Theodorides)

The state will support farmers who suffered crop losses due to bad weather, Agriculture Minister Costas Kadis said on Monday, after inspecting the widespread damage caused to crops by heavy rain and hail in the Famagusta district.

“As one can easily see, the damage is extensive and, in some cases, complete,” the minister said. “The message we want to convey is that the state will stand by our farmers and we will try to pay a down-payment to stricken farmers through expedited procedures.”

“We urge our farmers to work with the agricultural department in the next few days to submit their applications.”

Kadis said the first tranche of compensation will be paid this year.

Kadis and officials of his department visited Frenaros, Sotira, and Dherynia on Monday to assess the damage. Party officials including Disy leader Averof Neophytou also visited the area to lend their support. 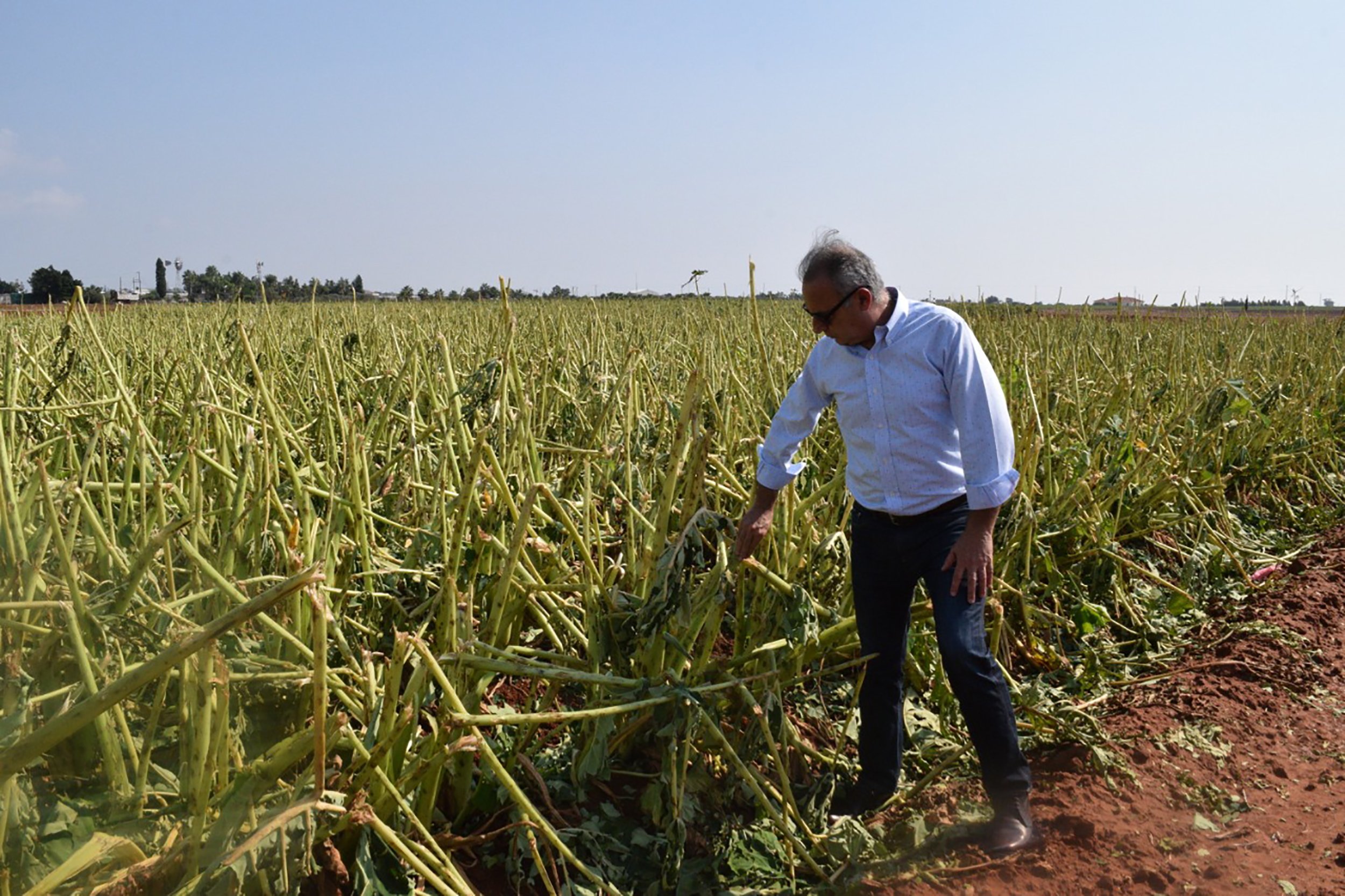 Apart from crops, Sunday’s rainstorm caused damage in other parts of the island.

On Sunday, the fire service was kept busy answering calls for help because of heavy rain and storms in all districts.

Most involved water in basements and houses, immobilised vehicles and blocked drains.

The areas most affected were Strovolos, Lakatamia, Engomi and Anthoupolis in Nicosia.

Six special units were set up to handle the calls.

They should move to a safe high point and not cross torrents by foot or car.

The group also warned that flood hazards do not subside as soon as the waters recede.

Head of Reaction Marios Stavrou warned of the dangers of specific areas such as the Alexandroupolis bridge near the Strovolos town hall and the bridge next to the Red Cross in Nicosia, saying that due to the rapidly flowing Pedieos river they are particularly dangerous.

According to Reaction, the water can carry away pedestrians and vehicles and transport a large amount of mud and waste in the riverbeds.

“Drivers should never overestimate their capabilities or that of their vehicles and try to move through the torrents,” he warned.

Echoing a growing number of complaints, he said in certain areas major infrastructure projects need to be carried immediately.

That may take some time, Strovolos mayor Andreas Papacharalambous told the Cyprus Mail.

“The plans are with the town planning, but there is a delay. We cannot act alone but depend on other departments. We will have another meeting on Friday about this and other projects. When we raise the bridge the problems will go away.”

What the municipality can and does do is to remove the debris from the riverbank.

“That is an ongoing struggle,” Papacharalambous said. “The river starts in Macheras and everything dumped on the way to Nicosia ends up here.”

The Met Service said there will be local rains and thunderstorms until Friday, while temperatures will drop by 4C on Tuesday, reaching 27C inland and 25C at the coast.

Head of the met office Cleanthis Nicolaides added temperatures will drop even further by Saturday, when the highest temperature will be around 24C.

“This is a new low-pressure system, not like the one with rain and storms in the afternoon and inland, but also at the sea,” he explained. “There will not necessarily be storms, but they cannot be excluded.”

The Republic of Cyprus does not stand alone anymore