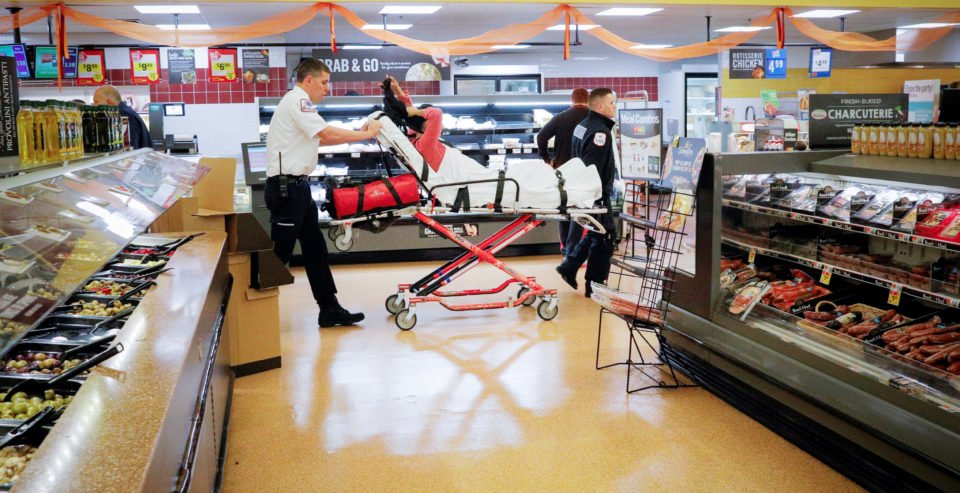 The bellwether, or test trial, kicks off after last-ditch efforts to strike a broader $48 billion settlement fell short on Friday

Four large drug companies reached a last-minute $260 million legal settlement on Monday over their role in the U.S. opioid addiction epidemic, striking a deal with two Ohio counties to avert the first federal trial over the crisis.

However, drug distributors AmerisourceBergen Corp, Cardinal Health Inc and McKesson Corp and drugmaker Teva Pharmaceutical Industries Ltd fell short of a wider deal worth tens of billions of dollars to end all opioid litigation against them.

The distributors, which handle around 90% of U.S. prescription drugs, will pay a combined $215 million immediately. Israel-based drugmaker Teva is paying $20 million in cash and will contribute $25 million worth of Suboxone, an opioid addiction treatment, according to Hunter Shkolnik, an attorney for the counties.

Teva, the world’s largest generic drugmaker, will makes its contribution over 18 months, according to Shkolnik.

The deal settles claims brought by Ohio’s Cuyahoga and Summit counties, which had accused the companies of fueling a nationwide opioid crisis. Some 400,000 U.S. overdose deaths between 1997 and 2017 were linked to opioids, according to government data.

“While the companies strongly dispute the allegations made by the two counties, they believe settling the bellwether trial is an important stepping stone to achieving a global resolution and delivering meaningful relief,” the distributors said a joint statement. Teva declined to comment.

The so-called bellwether or test trial was meant to help shape a broader settlement of some 2,600 lawsuits pending over the toll opioids have taken on local communities and the nation.

Late on Friday, talks collapsed that were aimed at reaching a $48 billion global settlement of all opioid litigation against the same defendants.

Shares in the companies had risen last week in anticipation of a broader deal. On Monday, shares of the big three drug distributors were down from more than 2% to 4%, having trimmed some earlier losses.

“We are not surprised to see distributor shares giving back some of last week’s gains as uncertainty persists in this extremely complex litigation,” Baird analyst Eric Coldwell wrote in a note.

‘STILL AT THE TABLE’

The settlement, if extrapolated to nationwide deal resolving all litigation for the four defendants, suggests a settlement value of around $48 billion, based on a court-approved allocation formula.

“We’re still at the table,” said Joe Rice, an attorney for the local governments, who indicated the timing of payments was a sticking point. “This should be a global settlement, but it’s got to be fair and it’s got to be now.”

Lawyers representing the local governments said in a statement on Monday that the litigation had revealed the country’s pharmacy system “has played a greater role in the opioid epidemic than previously realized.”

Walgreens said in a statement on Monday that it only sold opioids to fill a valid prescription written by a licensed physician. It said it was diligent to prevent the diversion of controlled substances.

A sixth defendant, the smaller distributor Henry Schein Inc , said on Monday it had been dismissed as a defendant from the trial after agreeing to a deal worth around $1.25 million.

The lawsuits accuse drugmakers of overstating the benefits of opioids while downplaying the risks. Distributors allegedly failed to flag and halt a rising tide of suspicious orders, shipping vast amounts of the pills across the country.

Drugmakers have denied wrongdoing, arguing their products carried U.S. Food and Drug Administration-approved labels that warned of the addictive risks of opioids. They say they did not cause the toll the epidemic has had on states and localities.

Distributors had argued that they made up only “one component of the pharmaceutical supply chain” and their role was to make sure medicines prescribed by licensed doctors were available for patients.

Armond Budish, county executive of Cuyahoga, said Friday’s proposed global settlement, which had the support of state attorneys general, would have distributed funds over 18 years, not immediately. “People are dying now,” he said.

Cuyahoga County has said it will use the funds to expand residential treatment beds, increase emergency care follow-up and to create alternatives to jailing low-level drug offenders, among other initiatives.

Polster, has aggressively pushed for a settlement that “could do something meaningful to abate this crisis.”

Pharmacy chains and drug distributors unsuccessfully tried to remove the outspoken judge from the case, saying he was biased and had pressed too hard for a costly settlement.