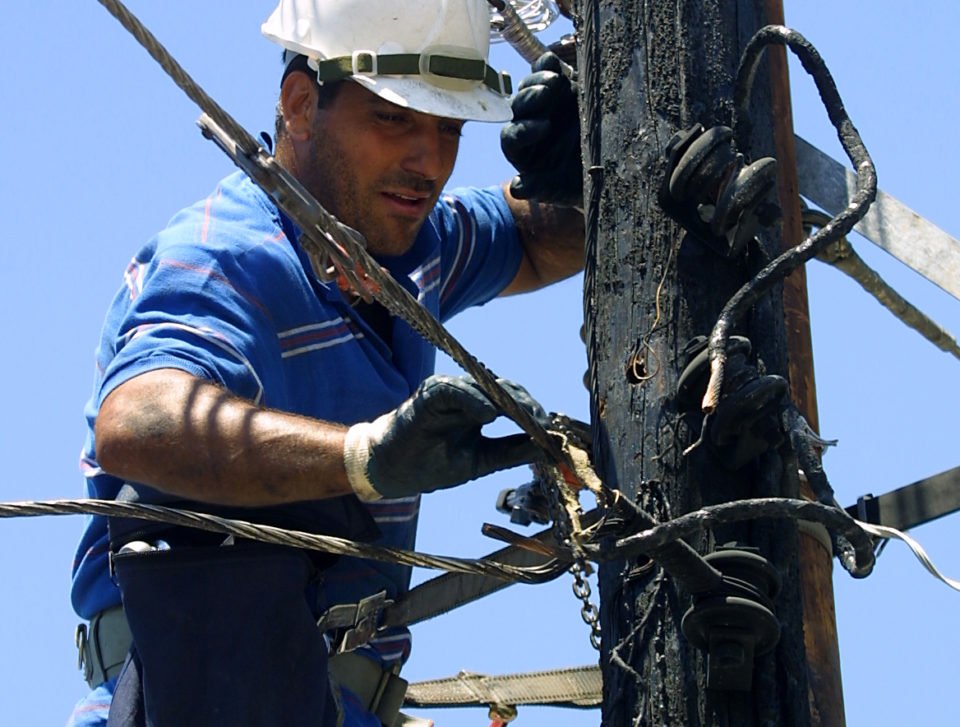 Crews of the electricity authority (EAC) are working to restore damage caused by lightning and the extreme weather conditions that mainly affected west of Limassol and the mountainous areas, the utility’s spokesperson Christina Papadopoulou said on Tuesday afternoon.

Papadopoulou said the extreme weather conditions caused great damage to the EAC’s equipment and led to electricity cuts while crews will be working into the evening to restore power.

She said the area west of Limassol and the mountainous areas of the district were the worst affected.
“There are many incidents and a lot of damage, unfortunately,” she said.

Papadopoulou gave reassurances that the EAC crews would work the entire night to make sure power is restored.

She said despite the EAC installing several lightning rods, lightning strikes are so powerful they damage the overhead grid, which spans over more than 16,000km. If there were no lightning rods, the damage would be much more, she said.

The area most affected by very strong winds and hail was Episkopi where some houses were flooded while trees fell on two cars. The winds were so strong that they detached a solar panel from the roof of the village’s primary school. No injuries were reported.

Throughout the day heavy rains affected Limassol and Paphos, while visibility on the Larnaca to Limassol motorway was severely limited between Kalavasos and Kofinou.

Earlier on Tuesday heavy rain and hail fell on the east coast, and strong winds were observed.

The met office issued an orange thunderstorm alert for Tuesday, which was in force from noon until 6pm.

The met office warned of isolated heavy thunderstorms which were expected to affect the area with rain intensity exceeding 55 millimeters per hour but also hail.

An unstable gaseous mass and low-pressure system in the eastern Mediterranean will continue to affect the area in the coming days.

On Wednesday, Thursday and Friday more rain and hail will fall at intervals and isolated thunderstorms are possible.

Temperatures will drop further in the following days and the top temperature on Thursday is expected to be 22 or 23C, the met office reported, well below what is normal for this time of the year, around 27C.

From Saturday the weather will slowly change, with longer clear spells and slightly higher temperatures.