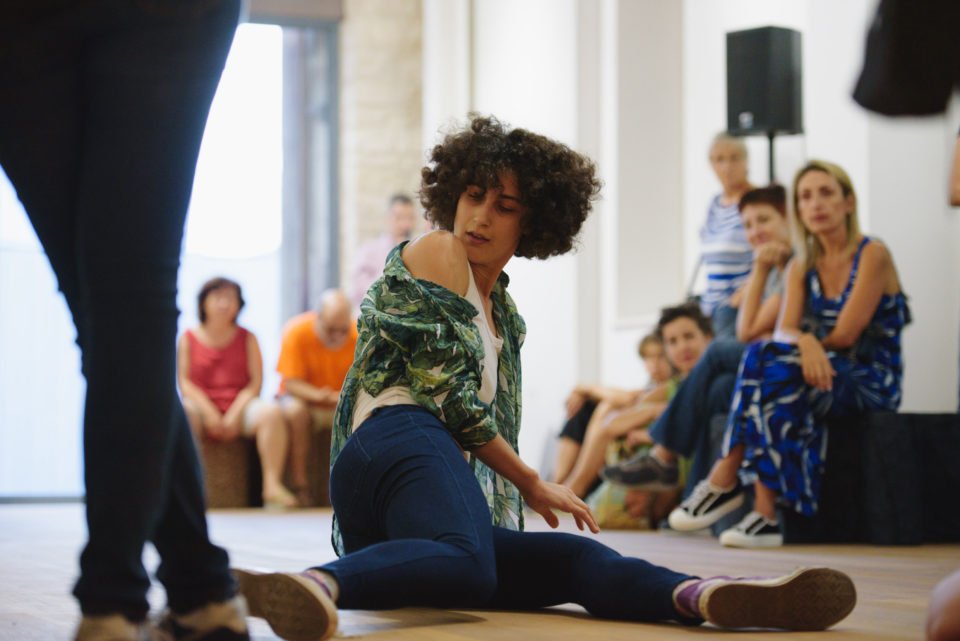 The Buffer Fringe festival returns to Nicosia next weekend, reclaiming its original site where, for three days, participants from north and south and overseas, in an imaginative and creative inversion of the capital’s Green Line buffer zone function will expand on the theme ‘Defining the buffer zone, in between spaces’.

“The questions we will be asking this year during the festival are very important and potent. We invited both Cypriot and international artists to focus on defining not only the geographical buffer zone where the festival is taking place but also many other ‘in between spaces’ that have to do with various aspects of our identity and the choices we make, connected with them… We asked artists to tell us about their personal ‘in between spaces’ but also to look into colonisation and sensationalisation of the others. We wanted to explore as many aspects of this theme as possible,” artistic and executive director of the Buffer Fringe Performing Arts Festival 2019 Ellada Evangelou told the Sunday Mail.

With a touch of pride, she added that 180 artists from 45 countries applied to participate in the festival, which organisers eventually whittled down to 22. 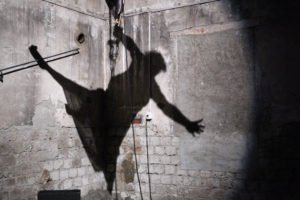 Lefki Papachrysostomou, the Nicosia-born founder of Alma Alba said the work she is bringing to the festival is based on her childhood memories of Sunday walks with her father along the Green Line. “My father loved history, not just the one written with a capital H, but also the history of ordinary people. He used to take me and my brother for a walk in old Nicosia every Sunday. He would show us different abandoned old houses along the Green Line and tell us about the people who used to live there. Some of them were famous people and some were just my father’s friends. I looked at these houses as if they were full of ghosts, souls that were unable to move on, and this is what my performance ‘Heteroclite Buffer Memory’ is about,” she said.

Papachrysostomou, 43, who set up her theatre company in Geneva in 2011, said she is very excited to bring her work to Nicosia. “It is the first time I will able to show a production of mine in the place where I was born. Of course, I am very excited and honoured to be here. And I am looking forward to hearing what my father will say about this work that was so much inspired by him.”

Theatre and dance performances apart, the festival also features a range of so called ‘interactive spaces’ created and designed by various Cypriot and international artists, academics, students and activists. One, by Turkish Cypriot artist Anber Onar, is a video installation entitled Border Frequency, which explores the use of two old love songs as a form of propaganda within the context of the island’s political conflict.

Onar’s work, which has been shown previously in Sweden and Turkey, includes fascinating re-arrangements of the famous Greek song I Waited For You But You Didn’t Come and the equally well-known Turkish love song One Day I May Come Unexpectedly.

“The second song was played by Turkish Cypriots for Greek Cypriots in 1974 as a payback for the first song. The whole piece also includes some images from the traditional shadow theatre so popular in the region, and was originally created as a work that should be shown in the buffer zone so now finally it will get to its destination.”

According to Evangelou, all three days of the festival offer “must see/don’t miss” events. The first and third days focus heavily on theatre and dance performances. Saturday is pretty much concentrated inside the buffer zone proper, resembling nothing less than a big fair. There will be an Open Mic session during which any and all are welcome to take to the stage for five minutes to express their thoughts on the buffer zone and other “in between spaces”. Another feature will be a long table discussion on the Arts and Community.

“We have had many volunteers working with us to help organise this festival – altogether, some 100 people have been hard at work putting it all together,” Evangelou said. “So now, what is left is to pray for good weather and wait for a big crowd to come and enjoy what we have prepared for them.”

Culinary students protest, oppose Filoxenia being turned into a court