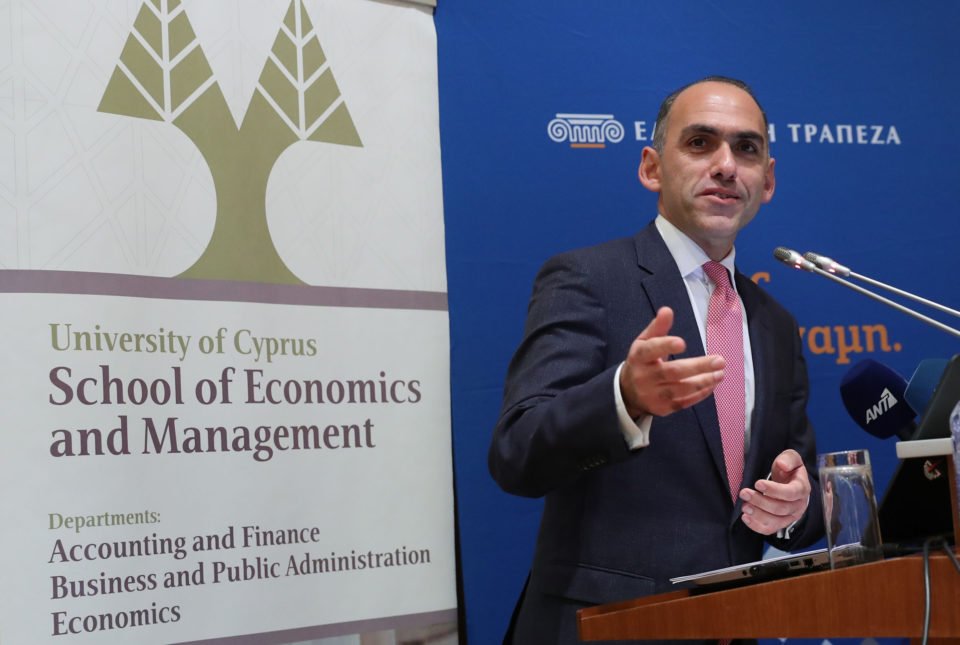 Finance Minister Harris Georgiades on Tuesday said safeguarding the financial viability of Gesy and the remaining non-performing loans, and the management of court decisions on the state payroll are important issues that must be managed responsibly.

He was delivering his fifth and final annual lecture, organised by the University of Cyprus School of Economics and Management, titled Report – Thoughts for the Future.

The minister called for the responsible management of some important outstanding issues, such as finally relieving the banking system from the remaining non-performing loans, the management of the rulings on (civil servants’) payroll and ensuring Gesy’s financial viability.

“But, above all, we must continue our efforts to adapt our economy to the conditions of our time and prepare our country for the changes to come,” he added.

A specific and measurable goal, he said, would be to increase Cyprus’ per capita income to the European average. To achieve this, he said, it is necessary to preserve and strengthen traditional sectors of the economy and encourage the development of new ones to expand the basis of the economy.

“I find it even more important to prepare the economy and the country mainly through investment in education for the mass reshaping that the digital revolution is rapidly bringing,” he said.

He added that rapid technological developments will create opportunities but also major challenges for the labour market in any developed economy.

Georgiades said that in the second government term of President Nicos Anastasiades, the focus of the government and of the finance ministry is on promoting reforms.

“In about a year and a half of our second term, we have planned and budgeted investments of hundreds of millions in e-government, created new structures and allocated significant resources to research and innovation,” the minister said.

This year, he said, will be the fifth consecutive one of strong growth for the country, with the best fiscal performance in the Eurozone while the budget for 2020 remains in surplus.

“While public and private debt remains high, is perfectly manageable and steadily declining,” he said.

“We are clearly in a better position,” he said.

Concluding, Georgiades said this was the right time for him to step down.