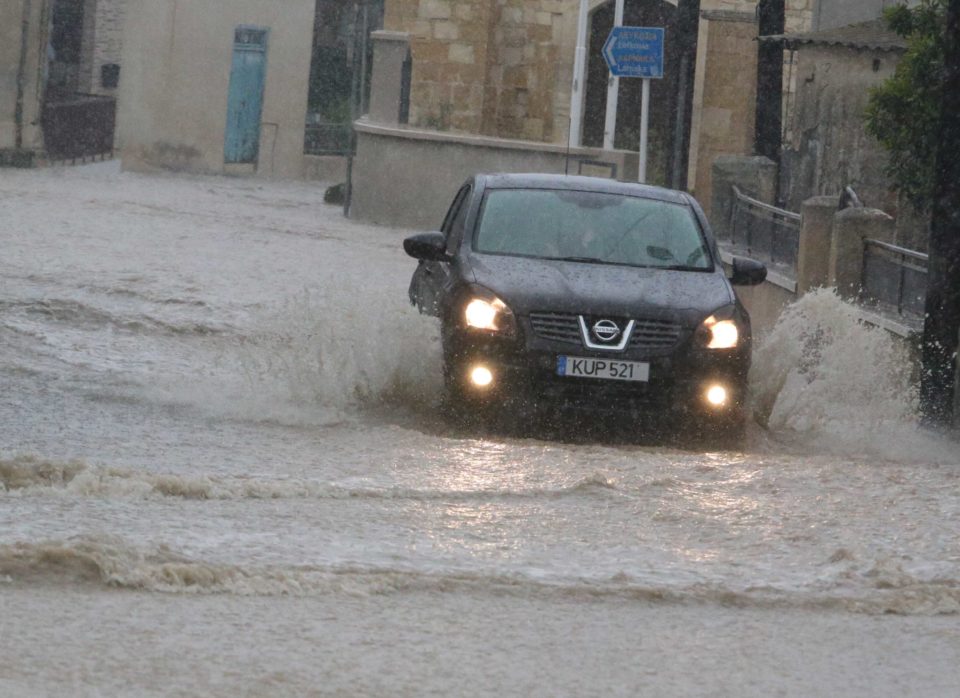 Authorities said they are on standby to address emergencies after warning of the extreme weather conditions which are expected to continue for the next few days.

The met office issued a yellow warning for the period between Wednesday 6.30pm and Thursday 12.30am for isolated heavy thunderstorms with rain intensity expected to exceed 55 millimetres per hour and the possibility of hail.

Fire service spokesman Andreas Kettis said the weather worsened in Limassol on Wednesday afternoon with the service receiving around calls for tree falls on buildings and cars and floods. Some cases concerned objects carried away by the wind causing severe damage, he said.

Kettis urged the public not to make unnecessary journeys during intense weather conditions and make sure they fasten signs, shutters, and other objects that may be blown away by strong winds and cause damage and injuries.

“People ought to be proactive to avoid both material damage but also injuries,” he said.

Kettis said the service is ready to address emergencies and would seek help if necessary from the civil defence.

He added off-duty will staff will also be brought in if needed.

Electricity authority (EAC) spokeswoman Christina Papadopoulou said there had been power cuts in three areas in Limassol, Petrou kai Pavlou, in Ayios Athanasios and Ayios Spyridonas from severed cables due to lightning, but not many consumers were affected.

Lightning also caused damage to the grid affecting the areas of Trimiklini, Ayios Mamas, Kapilio, Lefkara and Kalavasos, she said, adding that crews were on site trying to restore power in all affected areas.

All EAC work crews are ready to handle any incidents, regardless of the weather conditions, Papadopoulou said.

“Because the weather is so intense, whatever measures the EAC takes, unfortunately the thunderstorms are sometimes so strong that it is inevitable that these damages will occur. These intense weather events have been occurring in recent years. There is nothing else we can do that we are not doing,” she said.

Hailstorms, heavy rains and thunderstorms are expected to continue on Thursday and Friday, while temperatures are going to drop by 4C on Thursday, reaching just 22C.

Starting from Saturday, temperatures will rise and the chance of storms and rain lessen, he said.