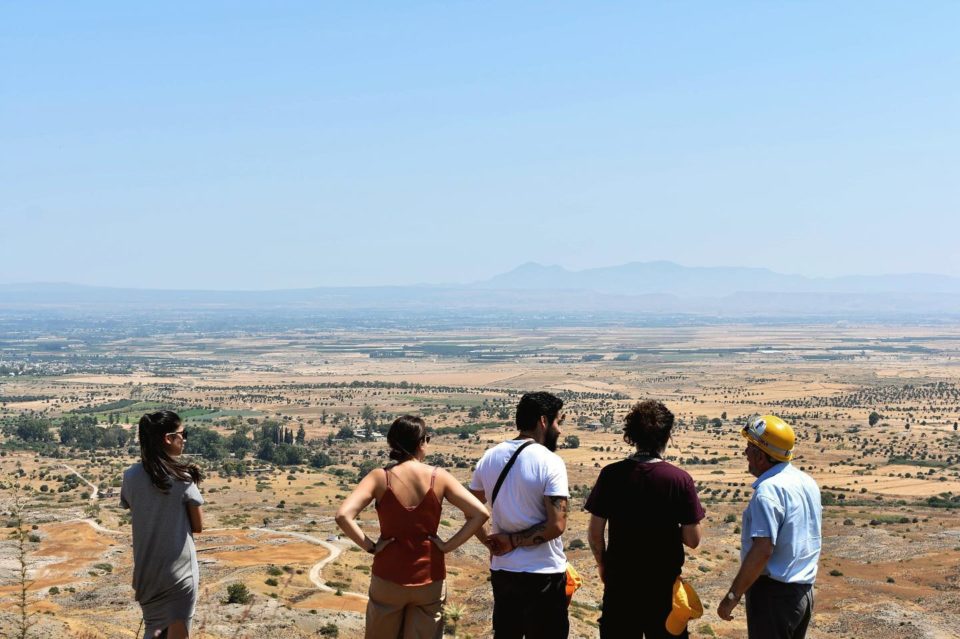 Numerous areas of Nicosia will be filled with art installations and performances this weekend, regardless of checkpoints and barbed wire. After all, that’s what the Buffer Fringe festival does. It re-awakens and re-uses venues across Nicosia that have a historical or social significance, bringing the crowds together through art.

Providing a platform to question sensitive topics, express ideas in new and creative ways is at the core of the festival, which will take place from Friday to Sunday. This year’s theme? Defining the inter-space, the dead zone.

Participations from countries such as Cyprus, Lebanon, Spain and Switzerland will make up the performance aspect onfBuffer Fringe 2019. 1984 Bar in northern Nicosia will kick off performances on Friday with three acts to follow. Three more acts will be held on Sunday at Dancehouse Lefkosia. The day in between will be the Interactive Zone, in the Mula Moat, located next to the Home for Cooperation at the Ledra Palace checkpoint.

“On October 26, Buffer Fringe 2019 will be transforming the Ledra Palace buffer zone to an interactive one through installations, discussions, performances, screenings and many more,” say festival organisers.

For the exact details of each performance visit the festival’s website: www.home4cooperation.info/buffer-fringe

This year, in a nod at environmental concerns, Buffer Fringe is trying to minimise the use of printed materials and maximise the use of online tools. Therefore, there will only be a limited number of printed programmes will be made available during the festival. Go digital and paperless by using the programme on the website, which can be found in English, Greek and Turkish.

The festival started in 2014 when the idea was developed to enable people to engage with one another regardless of historical narrative, ideology or identity which are very much politicised and often divisive for the peoples of Cyprus. The performing arts festival has proven to be a useful tool to trigger discussions about personal or collective traumas that the people of Cyprus have experienced in the past and to promote understanding, respect and finally trust in one another. Buffer Fringe Festival, which was born out of a unique local situation, has established itself as a highly respected international festival.

2017 and 2018 were marked with a sharp increase in international participation from Japan, Spain, Denmark, Germany, Ireland and many more. Interest rose and the festival established new partnerships to host performances in the coastal cities of Limassol, Kyrenia and Paphos. Buffer Fringe 2017-2018 also received international recognition from the European Festivals Association with the ‘Remarkable Festival’ label and ran as a laurate for the EFFE (Europe for Festivals, Festivals for Europe) award and locally, it was supported by the Stelios Award from the Stelios Foundation.

“As proud as we are with the international participation and the recognition of our festival,” say organisers, “we would like to see the impact of the festival within Cyprus, increased and strengthened. Therefore, in the coming years, Buffer Fringe will focus on increasing the participation of local artists as well as in providing new opportunities for the development of new work and platforms for artistic collaborations from across the divide.”

Art festival with performances, discussions, installations and more with participations from Cyprus and abroad. October 25-27. Around Nicosia. www.home4cooperation.info/buffer-fringe