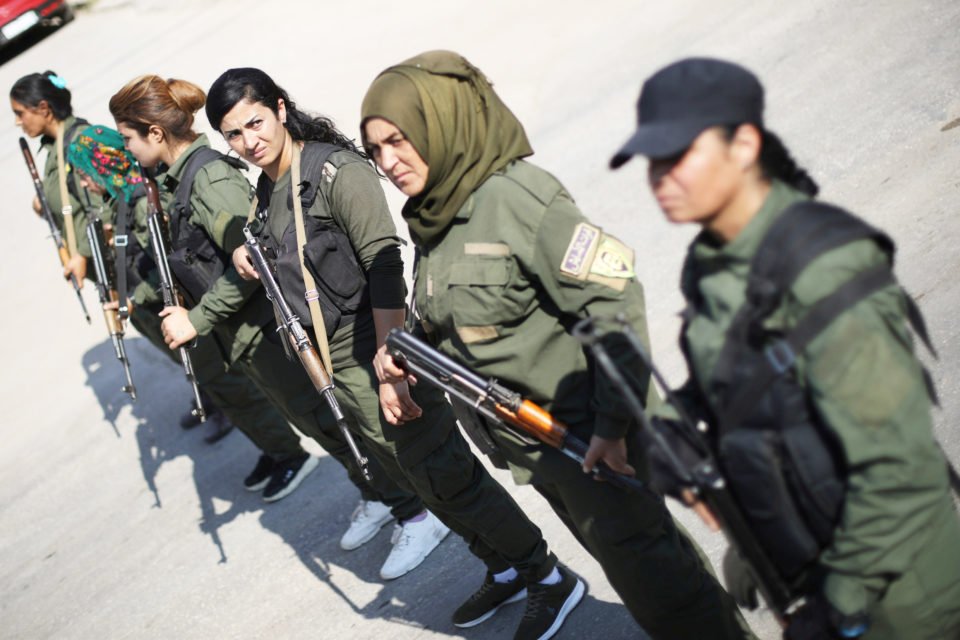 European Union lawmakers on Wednesday condemned Turkey’s offensive to carve out a “safe zone” in northeast Syria and prepared the way for new EU financial sanctions against Ankara.

EU governments have protested to Ankara over its incursion but are split over how to respond to it. EU lawmakers have no direct say on the bloc’s foreign policy decisions but have the power to curb important EU funding to Turkey.

Ankara seeks a “safe zone” along 440 km (275 miles) of border with northeast Syria. It agreed on Tuesday with Russia on steps to remove Kurdish YPG forces 30 km from the border and jointly patrol 10 km of the area, a pact that a senior European diplomat called a “major blow to NATO” coming after a U.S. pull-out that upset the region’s military alliance.

“We demand that Turkey immediately withdraw from Syria,” German centre-right lawmaker Michael Gahler said, speaking on behalf of the largest political grouping in the EU assembly.

A draft resolution that EU legislators will adopt on Thursday and has the backing of all political groups in the assembly urges “appropriate and targeted economic measures against Turkey”.

The text, which is still subject to minor changes, calls for the freezing of preferential treatment for Turkish agriculture exports to the EU.

As a last-resort sanction, it also urges the suspension of the EU customs union with Ankara, a measure that would hit the 200-billion-euro ($222.3 billion) annual trade between the 28 EU nations and Turkey.

Although European lawmakers have no direct say on trade-related sanctions, they wield clout in their ability to, for instance, reduce the nearly 250-million-euro yearly financing given to Ankara as part of its protracted process to become an EU member, an option backed by the centre-right group.

The parliament could also block any new EU funding to help Turkey handle the 3 million Syrian refugees on its territory, many of whom Ankara would like to resettle in the “safe zone”.

It also calls for a U.N. Security Council resolution to set up a north Syria security zone under a United Nations mandate.

EU governments have been divided over how to react to the Turkish military offensive, with the senior European diplomat describing the situation as “complete chaos”.

Earlier this month they failed to agree on an EU-wide arms embargo against Turkey, though some governments committed to halting arms exports to Ankara because of its military operations in Syria.

Some EU states argue for freezing funds, others want EU money to continue flowing to Turkey to keep most refugees there and avoid a repeat of a 2015 crisis in which hundreds of thousands of war refugees poured into Europe from Turkey.

While Germany supports sending international troops to patrol northern Syria, other EU countries fear this would backfire as you “would do the dirty job for (Tayyip) Erdogan,” the diplomat said, referring to the Turkish president.

The official said targeted EU sanctions, such as visa bans, on Turkish officials for their role in the offensive in Syria were unlikely, but acknowledged the mood could change.

The EU took steps earlier in October to blacklist Turkish officials and companies involved in natural-gas drilling in waters off Cyprus, an EU member state. The EU, Cyprus and Greece consider the Turkish drilling to be illegal.

Once that list is adopted, as early as December, amending it to include officials accused of human rights violations could be faster, the senior EU official added.

Reopening of the Cisco office in Cyprus