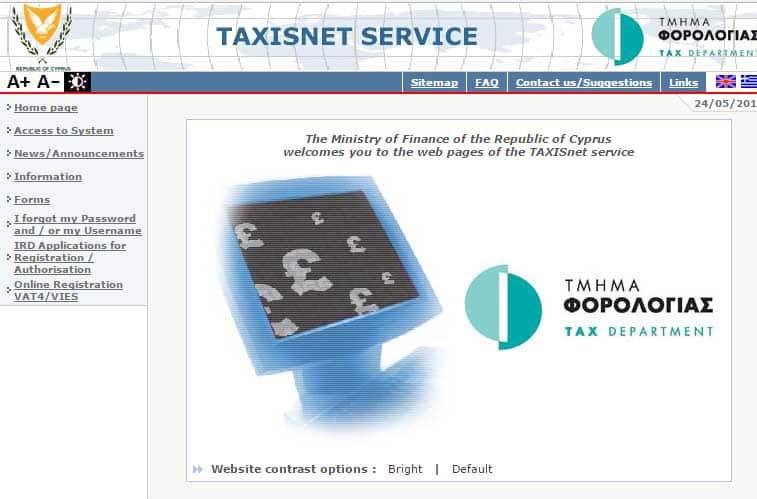 The cabinet on Wednesday approved a bill aimed at bolstering the state’s tax collecting ability, including a provision mandating the submission of tax returns by anyone with an income.

The bill provides that everyone with an income must file a tax return irrespective of whether this is below the €19,500 tax-free threshold, Georgiades said.

He said this would only take people a few minutes and would give authorities a better picture of the tax base and expose those who evade.

The bill also mandates that all businesses selling services or products would have to accept bank cards. It will not, however, force consumers to pay with a card.

“It is not of course the consumer’s obligation to pay with a card but if the consumer wants to use a card then it would be the obligation of the business to accept a card,” Georgiades said. “This measure too, which we think will encourage electronic payments, will bolster tax checks.”

Introducing electronic payments as a mandatory requirement had been mooted a couple of times in the past two years as was the obligation to file a tax return by everyone.

In 2017, Georgiades said the government was still losing large sums of tax revenue to undeclared economic activity by smaller taxpayers, including everything from souvlaki shops to private doctors.

At present, many private doctors, dentists and other service providers will not accept credit or debit card payments.

He said that by making compulsory the presence and use of credit card machines at this type of establishments, it would also be serving consumers.

The new legislation that was approved on Wednesday would also make the failure to pay income tax a criminal offence, in line with VAT provisions.

One more issue the authorities would need to resolve is the apparent lack of cross referencing between VAT and internal revenue service, despite this now being under one roof.

According to the auditor-general previously, checks in various classes of taxpayers using data from the tax department, showed a substantial turnover that was not declared to the inland revenue but was declared to VAT.

The bill will now go to the House of Representatives.

Cyprus expects Turkey to comply with UN resolutions on Varosha