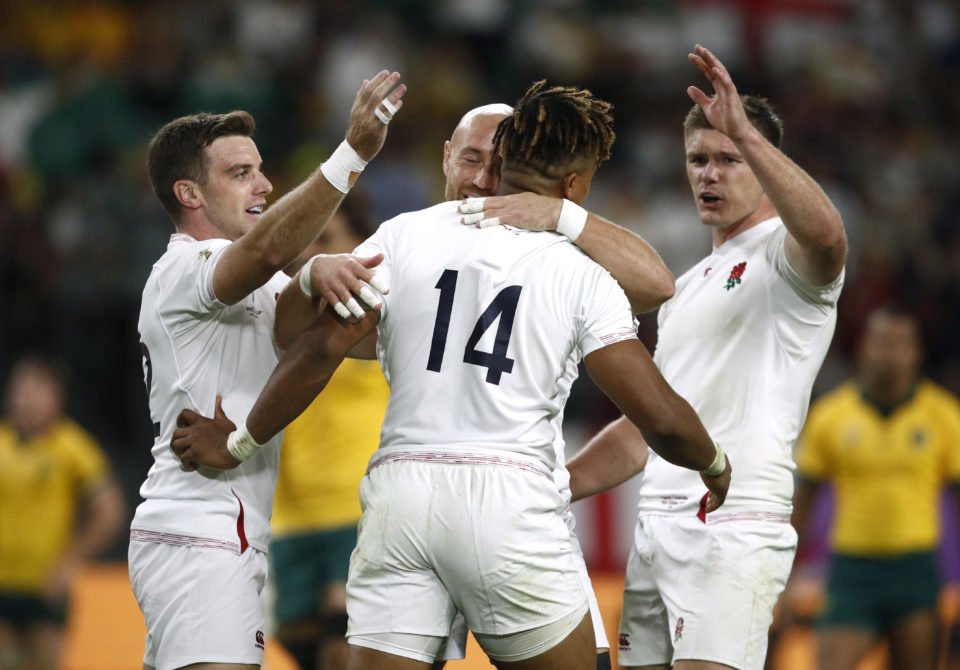 The All Blacks face England in the first semi-final between southern and northern hemisphere sides since 1999. England have lost just three times in 18 games against southern hemisphere nations since the last World Cup

At the last Rugby World Cup in 2015, the southern hemisphere nations highlighted a gap with their northern counterparts after none of the Six Nations teams advanced to the semi-finals for the first time.

In England four years ago, the southern hemisphere sides simply played at a faster pace across the park and their skill execution under pressure was at a much higher level.

This weekend, however, the semi-finals will show how much the gap between the south and north has narrowed.

The All Blacks face England in the first semi-final clash between southern and northern-hemisphere sides since 1999, when New Zealand were upset by France.

“I think that is what has made them go away and improve,” All Blacks coach Steve Hansen told reporters in Tokyo when asked about the north’s last World Cup performances.

“Not so much improve but think about how they play the game and how they get what they want from their rugby,” Hansen added.

“They have come back over the last four years and all those home nations have played really good rugby.

“Two of them (Wales and Ireland) have been number one in the world in the last month or so and two are now in the final four, so they have made some great improvements.”

Those advances have produced better results since the last World Cup, as Ireland, England and Wales have all gone on lengthy unbeaten streaks.

Ireland won their first two games against the All Blacks and their first match in South Africa. Wales ended a 10-year, 13-match losing streak at the hands of the Wallabies and beat them again in pool play in Japan.

In games between the Six Nations sides and those from the Rugby Championship from 2016, the European teams have won 42 of the 79 matches. More than half the 37 losses against southern hemisphere sides were suffered by France (12) and Italy (eight).

While Wales have won nine of their 15 games against the Rugby Championship sides, four of their six losses have come at the hands of the All Blacks and they have beaten the Springboks all four times they have played since 2016.

England have an even better record in the last four years.

They have lost just three times in 18 games against southern hemisphere nations since the last World Cup — two to South Africa and in their only game against the All Blacks last year, something coach Eddie Jones is eager to rectify in Yokohama.

“Progressively, we’ve built a game that we think we can take New Zealand. We’re just excited by the possibility.”

How to stop blonde hair from turning brassy