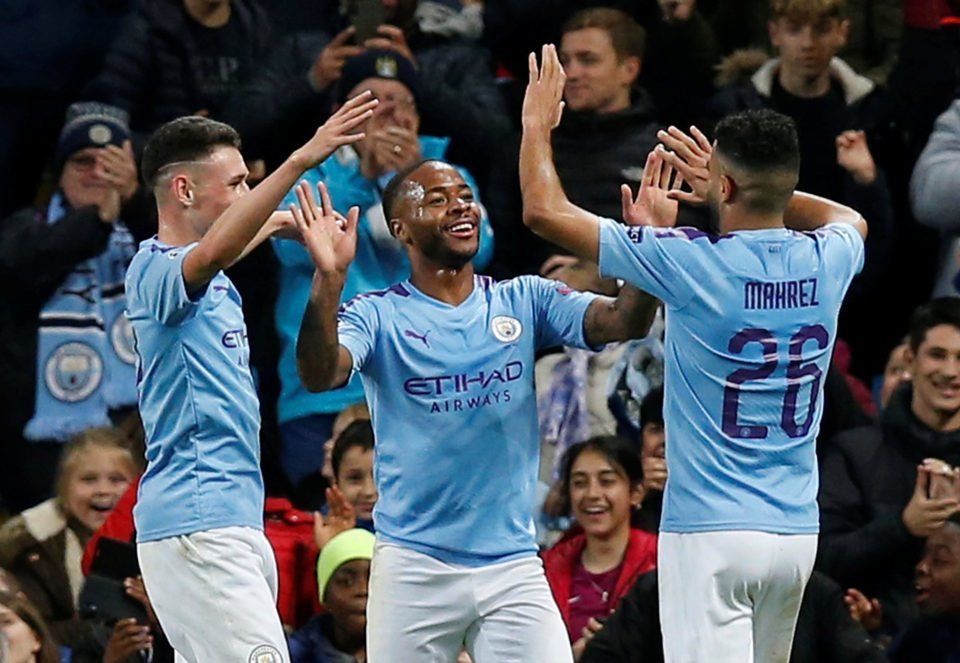 Raheem Sterling scored an 11-minute hat-trick and had a hand in all five goals as Manchester City came from behind to thump Italian side Atalanta 5-1 in their Champions League Group C encounter on Tuesday.

Forward Sergio Aguero also scored two in the first half at the City of Manchester Stadium, but England winger Sterling was the star of the show as the home side made it three wins from three to open up a five-point lead at the midway point of the pool.

Atalanta have now lost all three of their group matches in their debut season in the Champions League, but started brightly and had the lead via a Ruslan Malinovsky penalty.

City were ruthless in their response though and drove forward. They finished the game with 10 men after teenager Phil Foden received a second yellow card on 83 minutes.

Tottenham return to form with 5-0 thrashing of Red Star