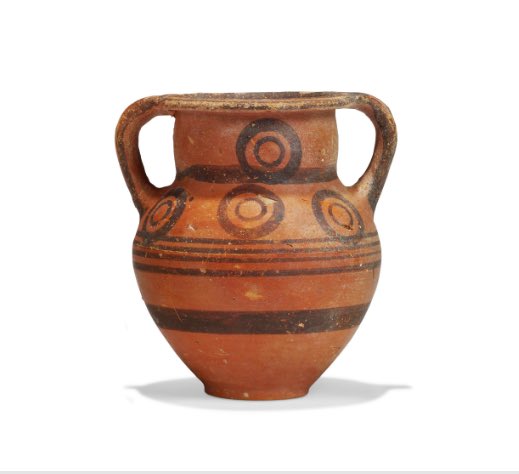 Former first lady Androulla Vassiliou on Thursday said she was disappointed at learning that an ancient vase, which she and her husband gave as a state gift to the former late British Prime Minister Margaret Thatcher, was sold at Christies.

In a tweet, Vassiliou wrote: “I am sure my husband will be very disappointed. After Mrs Thatcher ceased to be PM, this ancient pottery which was a gift to the PM of the UK, should have found its place at 10, Downing street. It should certainly not be sold by her heirs. It was not a personal gift.”

The fate of the vase was discovered by art historian Maria Paphitis, who on Wednesday tweeted:

“Whilst researching #Cypriot pottery, I came across this bichrome vase that was given by President Vassiliou to Margaret Thatcher. Sold at #Christies in May ‘19, it fetched 6,000 GBP, a price significantly higher than its pre-sale estimates 700-1,000 GBP, due to its provenance #Cyprus”

Margaret Thatcher served as Prime Minister of the United Kingdom from 1979 to 1990.