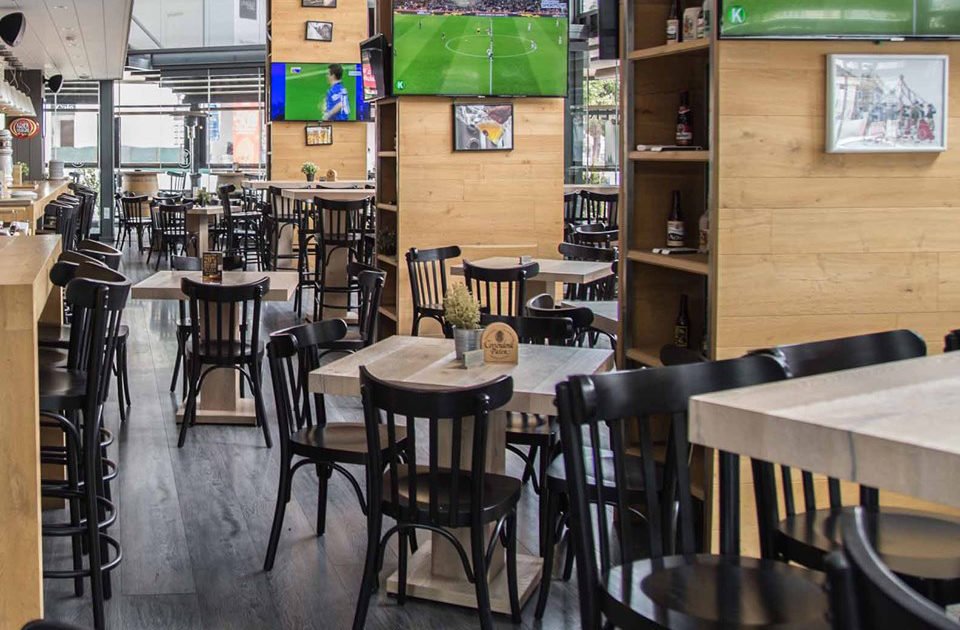 The title of this enterprise leads one to believe food doesn’t feature prominently in their endeavours; a bowl of nuts, perhaps a few crisps. And sited as it is at one of the busiest junctions in our beautiful capital city, which previously had seen the demise of a number of bars, coffee shops and similar, one was lead to believe that the management had more money than sense – not an uncommon malaise hereabouts – but no, heaven forfend: it is the very epicenter of Oktoberfest delights. I was assured the products of the Royal Brewery (Hofbrau haus), established by the Duke of Bavaria in 16thc would satisfy a palate as sophisticated as one refined by the waters of the river Wandle (Young’s of Wandsworth). The great warrior Gustavus Adolphus after all accepted a ransom of 600,000 barrels of Hofbrau during the Thirty Years War, rather than torch the city of Munich. Hofbrau also has the largest tent at the Beer Festival.

Wherever you park be prepared to walk. And be careful, traffic lights and current roadworks make the area hazardous.

We have reserved an inside table for two, and sit beneath a large screen, which we cannot see, although the one above the opposite table is showing a channel labeled ‘Classic’. Perhaps reserved for older folk.

We were given the menu that is rather lightweight and is printed on a dark background in very small type in a combination of German, Greek and English. The first page lists the draught beers and the volume of the glasses and prices; in addition it includes the ABV, ranging from 5.1 to 8.4. The facing page lists a good selection of reasonably priced wines, many may be ordered by the glass. However, we seek German draught. Madam, the companion, chose a small glass of Corsendonk, a light Pils, and I, a litre of the dark Dunkel. Deep joy.

The starters range through Cheesy Nachos, Mushrooms, a small meze, Potatoes with Bacon and Cheese, Potatoes Skins and Potato Salad, which we are assured are a Sine Qua Non of any Beer Fest; BBQ Wings and Sausage Platters. All reasonably priced.

No wonder the Germans are so big. The main courses would satisfy the 1st Battalion of the Scots Guards. Knuckles, Shnitzels, Giant Chops, Burgers, Ribs, Shrimps, Salmon, Goulash – recommended – and a Veal steak (very rare in Cyprus) and nearly half a kilo Aberdeen’s Rib-Eye.

Knuckles for me, certainly the best I have eaten in Cyprus: it fell off the bone. The companion anguished over the calf, but had to admit it was first rate. They served it with mashed pots, and I reserved the Potato salad to eat with my dish and we also had the Mushrooms and Sauerkraut, which attracted my only complaint: not sour enough.

We had another beer and Strudel with ice-cream.

The food was so good we didn’t notice ‘the Classics’ cavorting in their underwear.

Xenios, the man in the kitchen, deserves a medal. No problem with service. Kyriacos is doing a good job. Apparently he claims he can offer 200 covers. Open from 9am till 2am. Good luck with that.