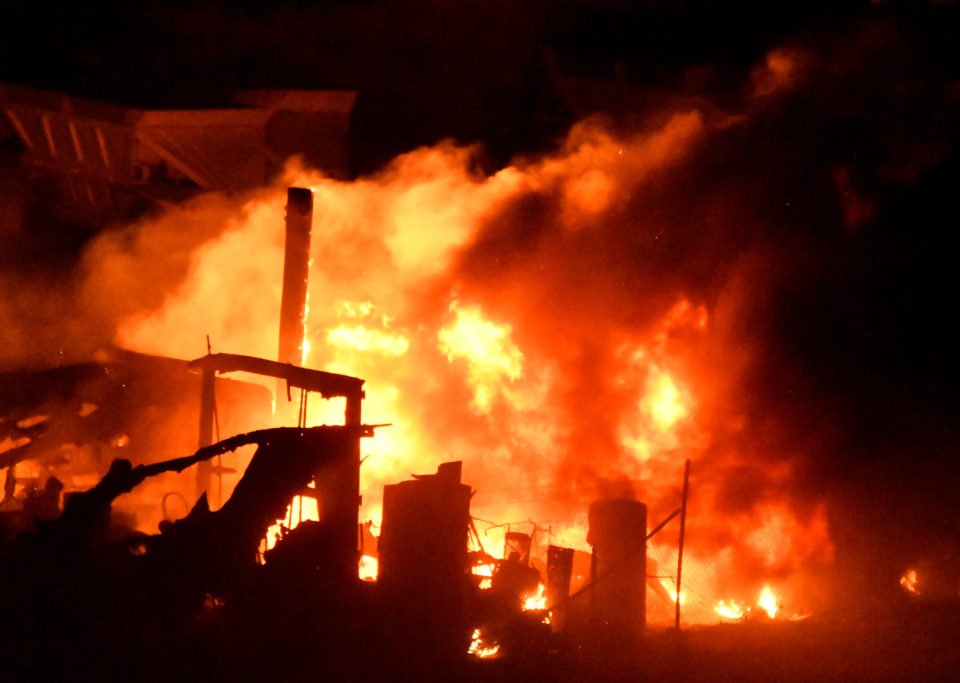 Howling winds fuelling wildfires across California began to die down on Friday, but residents in the north of the state braced for another round of power outages aimed at preventing expected strong gusts from sparking more blazes this weekend.

Fires destroyed dozens of buildings in northern California wine country and in subdivisions on the outskirts of Los Angeles, where flames shut down a freeway and smoke forced schools to close.

Officials are trying to gain some control of the flames as the wind tapers off, with some of the strongest gusts in years forecast for the weekend.

The state was under extreme fire danger like it had probably never seen before, Emergency Services Director Mark Ghilarducci said.

California’s largest utility admitted its electrical equipment may have ignited the wildfire amid Sonoma County’s vineyards, despite blackouts imposed to prevent blazes.

Even as Pacific Gas & Electric (PG&E) restored power to most of the half million people without electricity, it warned of outages that could hit two million residents in north and central parts of the state from Saturday until Monday.

PG&E resorted to shutoffs after equipment malfunctions and trees blowing into power lines sparked several blazes in recent years that killed scores of people, burned thousands of homes and ran up billions of dollars in claims that drove the utility into bankruptcy.

The drastic measure has been widely criticised for poor planning and execution that has left people without electricity even when they weren’t in areas facing fire danger.

The fire near the Northern California town of Geyserville burned at least 49 buildings and 34 square miles, prompting evacuation orders for some 2,000 people.

“I just visited a number of structures that were destroyed,” said Governor Gavin Newsom, who declared a state of emergency. “Familiar sights to all of us, devastating sights to those impacted lives literally torn asunder.”

Firefighters were hoping to take advantage of a lull in gusts to build a perimeter around the fire near Geyserville, but state Fire Chief Thom Porter worried winds resurfacing on Saturday night would make it difficult to hold those lines.

Meanwhile, a fire driven by hot, dry Santa Ana winds howling up to 50 mph (80 kph) threatened the suburb of Santa Clarita north of Los Angeles and forced the evacuation of 50,000 people.

The cause of the fire was unknown, but electricity supplier Southern California Edison said it had cut off power to the area five hours before it broke out Thursday.

At least six homes were destroyed, and officials said the number was expected to rise. No immediate injuries were reported.