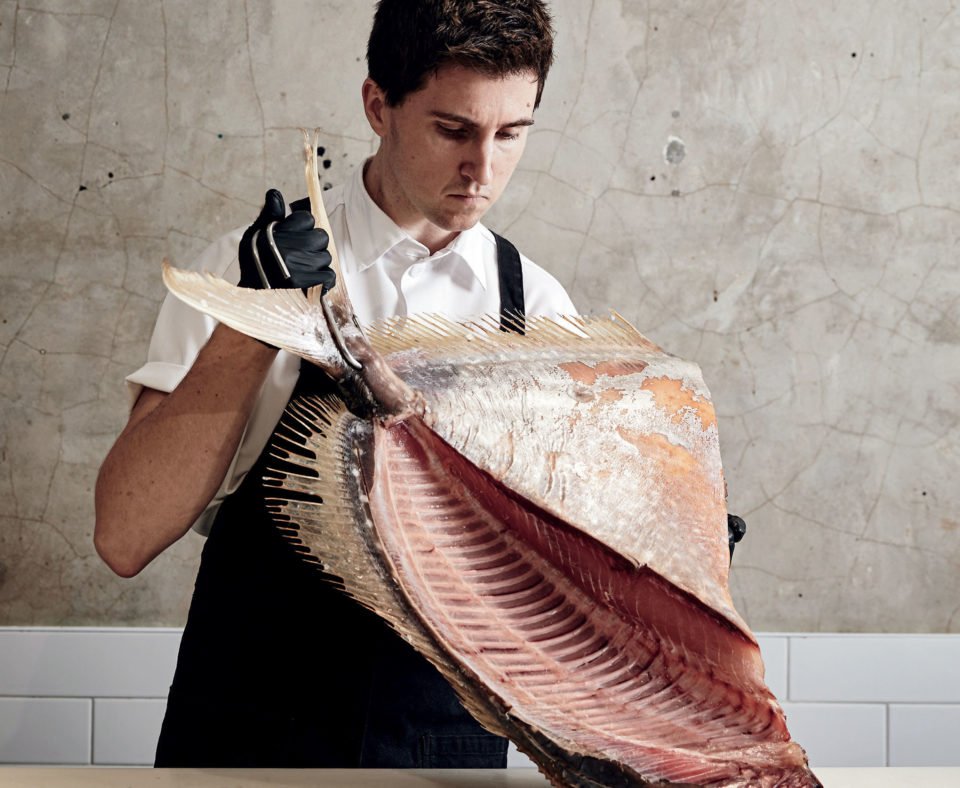 Open Australian chef Josh Niland’s new cookbook and you will see a literal representation of its title – a whole fish (a bass grouper), severed into its many edible, cookable parts. All 31 of them. There are, it turns out, far more parts of a fish that deserve a lick of heat and hit a of salt than you might think.

The Whole Fish Cookbook distils Niland’s belief that we should treat fish cookery with the same confidence we do meat, in terms of the actual hob action as well as the butchery that comes first.

His aim is to arm us with some methods “beyond just pan frying”, to diversify the kind of fish we’re bringing home, and make us think about seafood a little differently.

Take a tuna cheek compared to a beef cheek. Sure, you’ll cook them for different lengths of time, but, Niland notes, “you can braise a beef cheek in red wine, so why can’t I do that with tuna? And why can’t I serve it with mashed potatoes and a little onion and bacon and do a tuna cheek bourguignon?”

“It was not a luxe fish set up that I grew up with, but it was an understanding that you catch it, then you cook it and eat it.” That respect for the fish is built into the methods and techniques he advocates for now.

“To buy a sweaty piece of salmon coming out of a little packet, I think, is doing a further disservice to the fish,” he explains. “You’re not getting a great sense of what the flavour of the fish is.”

Instead, he is interested in ‘fish-to-gill’ cooking, dry handling (not rinsing fish under water), dry ageing and curing (like you would meat), and not always reaching to place a fillet in a pan.

“There are customers who would never have ordered that fish with the bone in, but because on the menu I say, Yellow fin tuna ribeye, and it comes out and literally looks like the most beautiful beef ribeye you’ve ever seen, and it’s got Cafe de Paris butter on it, a side of chips and a lovely green salad; there’s comfort there immediately,” he explains.

The idea is, The Whole Fish will break things down, and build up your seafood confidence and technique as you work your way through it.

But even Niland accepts there is an oceanic joy to be found in a dinner that reminds you of your first, simple childhood encounters with seafood. “I really love crumbed fish,” he says cheerfully. “It’s a big trigger in your brain of being a kid eating fish fingers.”

Start by flouring, egg washing and crumbing the butterflied sardines, being sure to leave the tails of the fish uncrumbed.

Heat the ghee in a frying pan over a high heat and cook the crumbed sardines, in batches, on one side for one minute, or until golden and crisp, then flip to the other side and fry for a further 10-20 seconds. Remove from the pan and season liberally.

Serve with the golden edges of the sardine showing around the edges of the bread and the little tails exposed at one end.