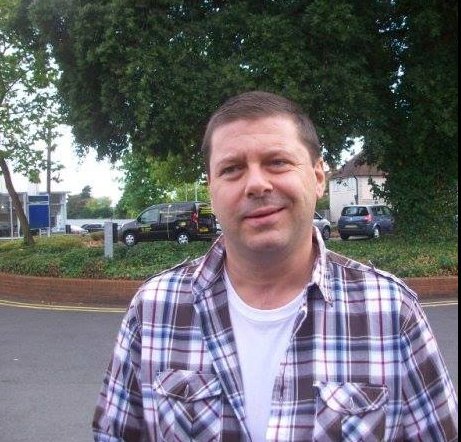 A British man is paying a heavy price for trying to change his name not just once but twice, a decision which has left him trapped in Cyprus with no passport to get home.

A bizarre and complicated set of circumstances has meant the British passport office is holding on to 52-year-old James Spencer’s passport because he is unable to satisfy the authorities as to his identity after he first changed his name and then tried to change it back again.

So desperate has Spencer become that he told the Sunday Mail that if his case is not resolved by the end of the year when his funds run out, he will commit a crime, such as smashing a police station window, so he can be arrested and placed in prison, where he will “at least have a roof over his head, food and health care”.

“I have been trying to sort this situation out with the passport office in the UK since 2017, but they keep blocking me and demanding my actual original ‘long’ birth certificate that was given to my mother when I was born,” he said. “She died a couple of years ago and it can’t be found.”

He said the British passport office will not accept a certified copy of his birth certificate as is usually the case. Spencer has tried to submit original copies on three separate occasions, but they have not been accepted.

“They are punishing me and making an example out of me,” he said.

Some of his erratic actions have not helped his cause.

Last year, feeling trapped, he bought a fake Bulgarian passport on the ‘black market’ in Cyprus, as he was desperate to leave. He was caught at Larnaca airport and arrested.

“I explained to the judge why I did it, that I just wanted to get home and was given a nine-month prison sentence. But after just three weeks I got a presidential pardon and was released.”

Spencer, who was born in Worcester in the UK, originally came to Cyprus nearly ten years ago in search of his estranged father, a Greek Cypriot.

Spencer’s birth name is Robinson Zacharias Chambers. Chambers was his mother’s maiden name as she did not name his father on his birth certificate.

“Robinson and Zacharias are family names from my Dad’s side of the family. My mum was upset that I wanted to find my Dad and that I had these names, so I just changed my name to whatever,” he said.

Picking the name James Spencer, he changed his name legally in the UK using a solicitor.

“I had a passport in my old name and I then got a new passport with my new name.”

Then ten years ago, Spencer decided to look for his father whom he hadn’t seen since he was two years old and didn’t remember at all. He travelled to Cyprus and found an aunt living in Larnaca, only to discover that his father had been living in London all along.

“I went back and forth between Cyprus and the UK, and I met my Dad but he didn’t want to know me. But my aunties and cousins in Cyprus and I get on great,” he said.

Spencer was spending more time in Cyprus, and in 2017, when his passport was running out, he applied for a same-day passport service whilst in Liverpool in the UK. He was given a new passport, again in the name of James Spencer.

It was at this point he made his big mistake.

Whilst at the passport office he explained he would like to change his name back to his birth name to honour his Cypriot heritage.

He was advised to do this in Cyprus, which would mean going to court, filling in the application and sending it back to the overseas passport office in Belfast, all of which he did.

“I contacted them after eight months as I had heard nothing, they said they were still looking into it,” he said.

After deciding that the process was taking too long, he decided to cancel the application and request that his passport in the name of James Spencer be sent back to him. But the authorities refused.

A letter to Spencer from the Belfast passport office dated June 18,2018, states that he has: “held several different passports in various names and dates of birth thus we are unable to determine your identity.Therefore at the present time we are unable to either issue a new passport or return the passport in the name James Spencer.”

It also asks him to provide ‘a substantial amount of evidence’ to uphold his application including the deal breaker of his ‘original long birth certificate’ which his mother had but is nowhere to be found.

“I have never had passports in various names with different birth dates, my birth date is always the same and I have only changed my name using these names. The British high commission in Cyprus can’t help me as they just refer me back to the UK as they say they don’t deal with passport issues anymore. I am stuck.”

In desperation, Spencer has suggested using a minor offence committed as teenager in a bid to prove his identity.

Aged 13, Spencer was arrested for breaking into a school in Worcester and has suggested giving authorities his fingerprints as proof of his identity, but he said this has been rejected.

Spencer is appealing to the authorities to issue an emergency travel document so that he may return to the UK to work and access health care. Rent on an industrial unit in the UK that contains his burger and ice cream vans has only been paid until the end of the year, at which time the landlord will dispose of the contents unless he pays more fees.

He also pays 100 pounds a month for private Bupa health care, he added, which he will be able to access once back in the UK. A recent health check-up has indicated possible health issues and made this access more urgent he said.

He has provided signed statements from neighbours that have known him since he was a young child and from school friends, as well as a raft of evidence of residential addresses and employment records he said, but the authorities are still insisting he provides the original birth certificate.

Before coming to Cyprus, Spencer said he had 50,000 pounds from a land sale in the UK, but that he is now running short of cash and down to his last 2,500 euros.

“I can’t access health care or get a job or benefits here as I have no passport. I have fewer rights than asylum seekers and refugees. I just want to go home to the UK, I hope the authorities can help me.”