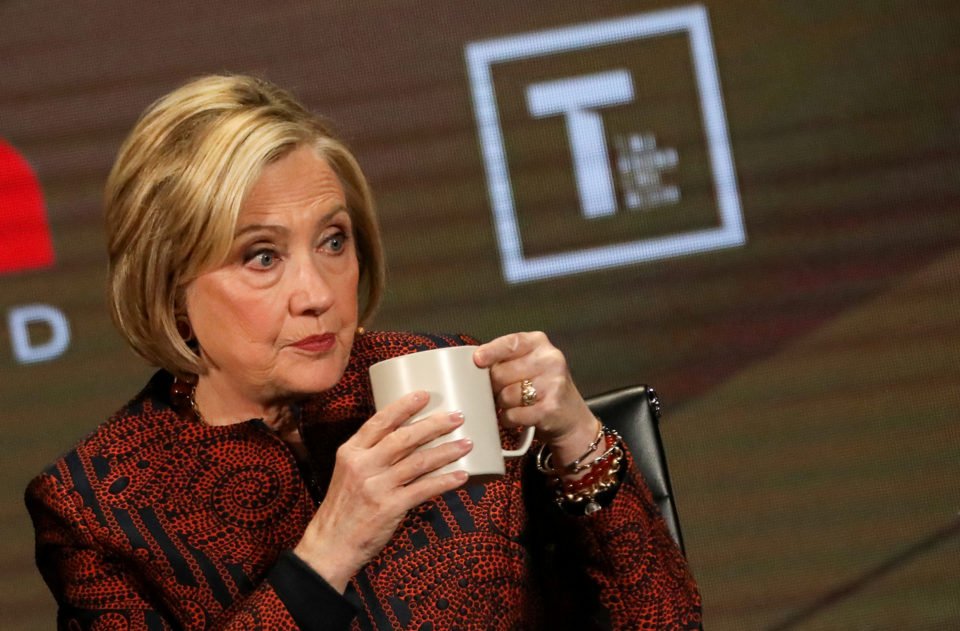 As a contender for the US presidency in 2016, former Secretary of State Hillary Clinton was besieged with opposition rumour and conspiracy theories. Last week, her most significant contribution to next year’s presidential race so far became indulging in the same game, effectively accusing Democratic challenger and Congresswoman Tulsi Gabbard of being the preferred choice of Russia.

In an interview for a political podcast, Clinton did not mention Gabbard by name, but warned that Russia was supporting a particular candidate who might then run as an independent, undercutting the mainstream Democratic challenger and keeping President Donald Trump in the White House. But a Clinton spokesman later confirmed that was exactly who she meant, saying “if the nesting doll fits” in an apparent reference to traditional Russian dolls.

The dispute between Clinton and Gabbard is not new – the latter earned the fury of the Clintons and those around them by becoming the first female member of Congress to endorse Bernie Sanders in 2015. The tone-deafness with which Clinton apparently felt happy to push allegations of being a foreign “asset” at her, however, speaks to a wider challenge facing much of the traditional political establishment in both major US parties and around the world.

Not just Clinton but a generation of Western mainstream politicians now find themselves outflanked by the current state of modern politics, not least contenders like Trump with no regard for the previous rulebook. They have yet to come to terms with the changes the evolving social media and news environment bring to politics, and perhaps even more importantly the wider scale of frustration and yearning for new options.

It is a struggle at the heart of the still deeply inconclusive battle for the Democratic nomination, in which an increasingly tired-looking frontrunner – former Vice President Joe Biden – is clearly struggling, including with a range of conspiracy theories about his family interests enthusiastically fuelled by Trump.

Even beyond Gabbard – who is polling less than two per cent amongst registered Democrats and seems unlikely in the extreme to win – the remainder of the Democratic field is more iconoclastic than any slate in living memory.

Even if Clinton was correct – and Gabbard is a very unusual candidate, often featured on Russian outlets and openly supportive of Syria’s Bashar al-Assad – her interjection may already have backfired. By drawing more attention to Gabbard, she further boosted her legitimacy particularly in the eyes of more libertarian, often wildly offbeat voters and political elements with whom the representative for Hawaii was already gaining ground.

Certainly, Gabbard herself was quick to capitalise on the spat with Clinton, calling her the “Queen of the warmongers” and telling her to “get down from her throne”. That, of course, will do little to endear her to the embattled Democratic mainstream – but it will do no harm whatsoever with the voters she really wants to court, left-wing Democrats already angry with the Clintons and the same kind of right-wingers and independents who have also flocked to Trump.

Gabbard pointedly denied Clinton’s allegation that she plans to stand separately as an independent – although few believe she had a credible chance of getting the Democratic nomination, and she has now alienated many in her own party. The bottom line, however, is that the 38-year-old may well be only at the very beginning of her political career – and may be remarkably well-placed to pick up Trump supporters when he ultimately leaves the White House.

That Russia is one of multiple forces looking to exploit political divisions in Western countries is not in doubt – and such attempts are clearly widespread and sophisticated. It is also increasingly clear that many anti-establishment political forces – whether Gabbard, ardent British Brexit supporters or swathes of the European right – are entirely open to receiving support from those elements.

Simply concentrating on that dynamic, however, will never be enough. Many on the Democratic side may believe that Russian meddling was what tilted the election for Trump, but that is a hypothesis that can simply never categorically be proven. Indeed, by focusing so loudly on that aspect, Democrats like Clinton risk further strengthening the narrative that they are out of touch, and would rather blame an external foe than concede they had lost the argument with many at home.

Indeed, no matter what Gabbard and Moscow’s intentions might be, redefining the race once again around Clinton and Russia may be amongst the greatest mistakes the Democrats could make. With barely a year until the polls, the party badly needs to use its time to define a robust vision that resonates with voters, around a candidate who is trusted and can take the fight to Trump.

Whether they can do that is another question – Elizabeth Warren so far looks perhaps the most likely candidate to do so, and it’s striking that her public appearances and comments are heavily skewed towards policy and US domestic politics.

Gabbard, however, almost certainly will not go away. And by defining her as a mortal enemy and perhaps a pawn of Moscow, Clinton and those around her may simply be giving her new life.

Hamilton wins in Mexico but must wait for sixth title