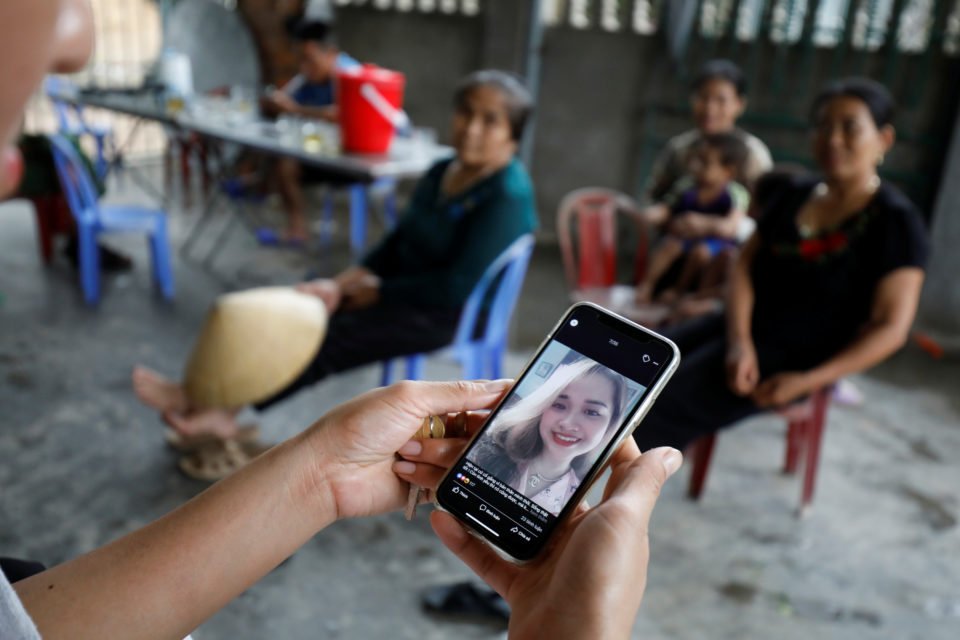 A relative looks at an image of Anna Bui Thi Nhung, a Vietnamese suspected victim in a truck container in UK

The news last week of the horrible death of 39 men and women who suffocated in a refrigerated lorry en route to Britain was mercifully overtaken by the never-ending saga of Brexit by the end of the week. The prime minister dared the Labour Party to agree to a general election over the lead up to Christmas.

Boris Johnson knows that turkeys do not vote for Christmas, yet he is asking Labour MPs to vote for a general election at Christmas. Either he has a cruel sense of humour or some devilish plan up his sleeve to leave the EU by October 31. Who knows? Time will tell.

Many Labour MPs from leave constituencies north of Watford are not going to agree to a general election. If the opinion polls are to be believed, they will lose their seats so why would they agree to an election in December 2019 when the next election is not due until June 2022? If as the Labour prime minister Harold Wilson observed many years ago, political fortunes can change dramatically very quickly so that a week is a long time in politics, three years is a lifetime and anything can happen between now and 2022.

On the other hand, if there ever was a time when Britain needed a general election, it is now. Parliament is divided, the government is paralysed, the opposition is pathetic, the people are fed up and the world is bemused at the state of British parliamentary democracy.

The fact, however, is that politics has ceased to function; it has reached a stalemate. In chess when two players reach a stalemate they often go back and analyse the game as if the moves that led to the stalemate were not made.

This is what the two principal players should ponder over Christmas, safe in the knowledge that the country is on autopilot during the festive season anyway. Unless of course the Labour party, knowing it cannot win, is playing for a stalemate, which when it happens in chess and is very annoying to the player who can win the game.

Be that as it may and despite the fine mess Britain is in, the inflow of unlawful immigration continues unabated sometimes with horrifying consequences, as happened last week.

The problem of clandestine entrants arriving in the United Kingdom concealed in lorries is not new. There has been a law in place to deal with the problem since 1999 and codes of good practice have been issued to hauliers and drivers to ensure their lorries are not used by traffickers as vehicles for the clandestine entry of illegal immigrants.

Lorry drivers have to pay a penalty of up to £2,000 per clandestine entrant if they fail to train their drivers and take detailed precautions set by government to ensure their lorries are not used by traffickers to bring in illegal immigrants.

What is new is the deliberate choice of refrigerated lorries to evade the latest technology at UK border controls configured to detect the presence of clandestine entrants. Traffickers choose refrigerated lorries to get people across because the technology is less effective at low temperatures. Apparently people’s heartbeat slows down to near zero and is not picked up by the heat and pulse sensor equipment at the border control bays where lorries filter through.

The incomprehensible question is why people allow themselves to be herded into the back of a refrigerated lorry and risk freezing or suffocating to death? To which the glib response is fear of persecution in their home countries.

Yet it seems the 39 men and women, now believed to be Vietnamese and Chinese, who were found dead on Wednesday were not refugees escaping persecution. They were trafficked as slave labour despite the fact that countries like China and Vietnam are thriving and there appears to be no need for people to emigrate.

In Vietnam life has improved enormously since the end of the Vietnam War in the 1970s when nearly a million left in small boats and headed for the open sea on a wing and a prayer and became known as the Vietnamese boat people.

Remember them? Nowadays, we have the Mediterranean boat people and places like Libya, Malta and Italy are in the thick of it as are Turkey and Greece in the Aegean and Cyprus in the Eastern Mediterranean.

The irregular movement of people across the world is a huge problem. Except for European colonists, people have always travelled west or north either because they are pushed to leave their countries or pulled to live in other countries.

Persecution and destitution are the usual push factors. Pull factors are the natural desire of people across the world for freedom to be and freedom to think and express themselves as they please and to be governed by humane laws by government that is not corrupt and the system of justice is fair and just.

Despite all her problems Britain is still one of the few places in the world where all these pull factors are present.

Tales from the Coffeeshop: The gilded workers have taken over the asylum