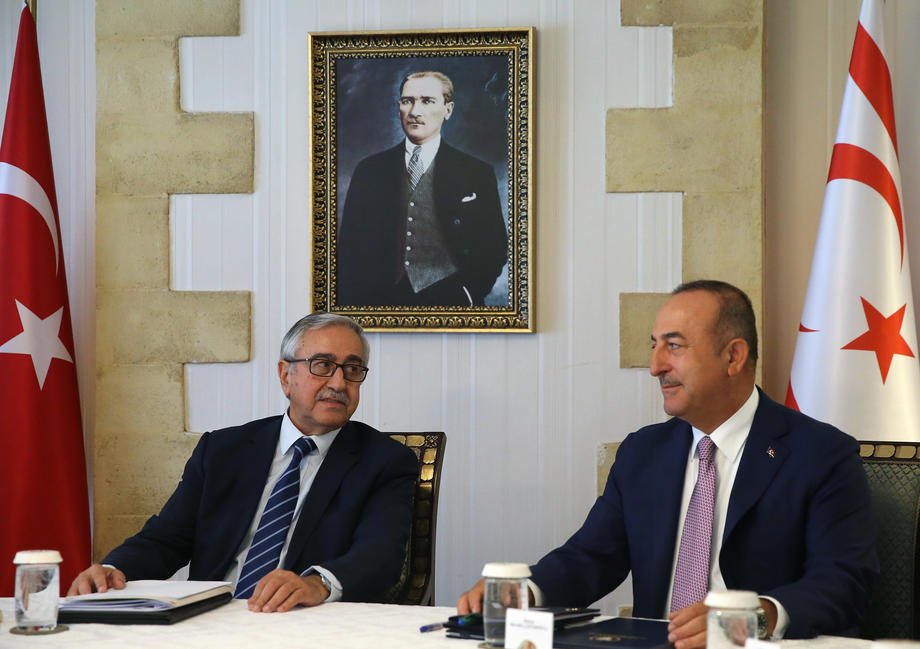 Contrary to popular belief, the current guarantee system in Cyprus is not a sacred cow for Turkish Cypriots, a recent survey has shown.

The poll’s full findings, which were made available only to the Sunday Mail and gazeddakibris.com in the north, show that support for an alternative security system among the community is high, even though the poll also revealed that a significant proportion wrongly believe that the current guarantee system is about protecting Turkish Cypriots.

The survey also showed that most Turkish Cypriots still support a federal solution to the Cyprus problem and are not convinced by the debate over alternative solutions.

According to the survey by the Centre for Migration, Identity and Rights Studies (CMIRS) conducted in September among 500 people, 46.4 per cent of Turkish Cypriots believe that the “current guarantee system should continue unchanged”. But a significant proportion – 37 per cent – said that they view alternatives to the current guarantee system positively. Another 16.4 per cent stated that they do not have an opinion on the issue.

The issue of guarantees – one of the most intractable chapters of the negotiations – is a source of tension between Turkey and Turkish Cypriots. Turkey insists on maintaining the current guarantee mechanism in the event of a solution, while the Turkish Cypriot leadership has embraced a more flexible position, saying that a new model that makes both Turkish Cypriots and Greek Cypriots feel safe and secure has to be developed.

In his latest visit to the northern part of Cyprus last month, Turkish Foreign Minister Mevlut Cavusoglu stated that those “in the north, who say that guarantees are anachronistic are committing neglect and treason”.

“We are very saddened to see such types.”

His controversial comments angered many.

“He declared our people traitors, he exceeded the limits of diplomatic language,” Turkish Cypriot researcher Mete Hatay wrote on his social media account.

“He is giving the signals that they are going to further divide this half-land and create trojan horses.”

The CMIRS survey revealed that the significant support for alternative security models exists despite the widespread misperception about the current guarantee system. In response to the question “Which of the following statements reflect your understanding of guarantees?” 41.2 per cent responded: “Guarantees are about the security of Turkish Cypriots.”

“It isn’t known that the 1960 Treaty of Guarantee is not directly related to the security of communities and individuals,” he wrote in Yeniduzen last month.

In fact, with the Treaty of Guarantee, Turkey, Greece and the United Kingdom undertook to guarantee the independence, territorial integrity and the constitutional order of the Republic of Cyprus and to prohibit any activity aimed at promoting the union of Cyprus with other states or partition of the island.

The Turkish Cypriots’ existential relationship with Turkey was also part of the survey. Forty-six per cent of participants agreed with the statement that “the Turkish Cypriot identity and culture is under threat”. A little over 28 per cent neither agreed nor disagreed with the statement, while only 19 per cent said they disagreed. Over 25 per cent of the participants said they would move out of the northern part of Cyprus if they had the chance.

CMIRS director Mine Yucel underlined that research in the last ten years has constantly revealed a perception among Turkish Cypriots that they are going to cease to exist.

“Fact or not, this is the perception,” said Yucel, adding that the latest attacks by Turkish officials and nationals against Mustafa Akinci for his comments on Turkey’s Syria operations have increased support for the Turkish Cypriot leader.

“When we take into consideration this perception and the latest attacks, people feel the need to hold on to something to protect their identity. This has materialised in support for Mr Akinci.”

Yucel said their most recent survey, which was conducted after the tension with Turkey but has not yet been published, shows increased support for Akinci who was already leading the polls, further increased. Elections for the Turkish Cypriot community’s leadership will be held next April.