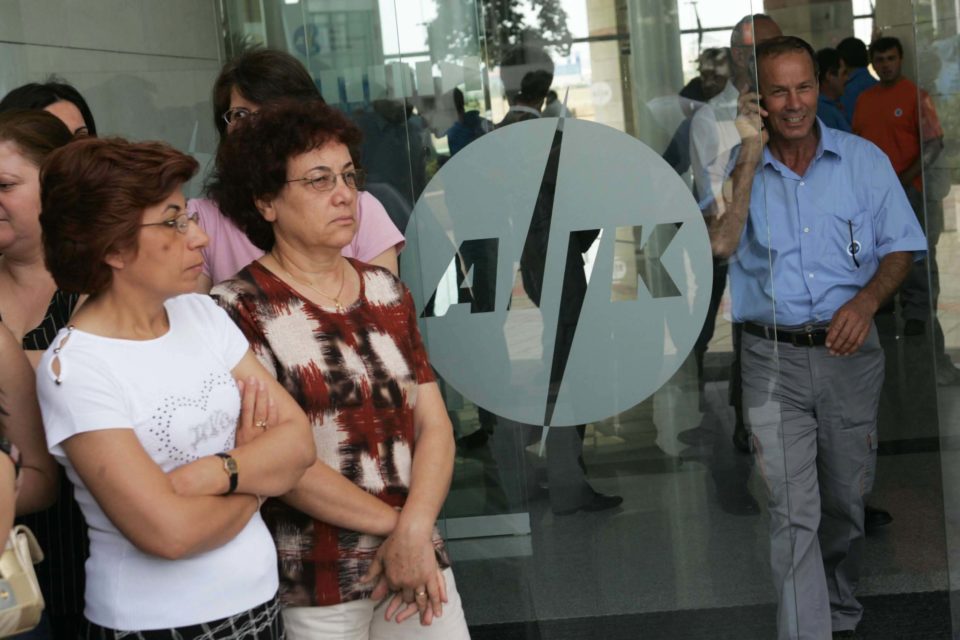 THE DICTATORSHIP of the proletariat, which ran the economy until its collapse in 2013, may have been in retreat for a few years after that but it is back now, revitalised and as assertive as it once was, reclaiming its role as supreme ruler of the madhouse.

Here I would like to clarify that the dictatorship of the proletariat we have experienced over the years deviates significantly from orthodox Marxist theory on several vital points. The proletariat running Kyproulla are not the poor, under-fed factory workers and miners that Marx wrote about in the 19th century.

They are grossly over-paid, underworked and pampered white-collar workers, many with university degrees, that have holiday homes in Protaras, own two or three cars including Mercs and Beemers, go on holidays abroad and employ domestic help. They work for the civil service, semi-governmental organisations like Cyta and EAC, public schools, the banks, the courts and state hospitals.

They are the exploiters of our society, having replaced the capitalists of Marx, exploiting the labour of ordinary workers to secure an enviably high standard of living for themselves and their families until death. It suffices to say that their pensions alone, towards which they contribute nothing and the bill is picked up by the exploited, are often three times higher than the average wage.

This labour aristocracy, renowned for its greed, that everyone, from the president down, is terrified of standing up to has taken back control and is stepping up its exploitation policies that set its members apart from the sans culottes.

PUBLIC parasites union Pasydy used its mouthpiece Dimosios Ypallilos to announce that it would be seeking the restoration of all the allowances that were suspended since the start of 2013 including allowances for shift work, overtime, travel, rent, overseas stay and good conduct.

Yes, there is an allowance for good conduct, as there is an allowance for civil attire for the police and for “special work conditions” for the army. As regards the pay and pension cuts and freeze of increments, in force since 2013, the union graciously said it would wait for the decision of the supreme court on the state’s appeal against administrative court’s ruling that cuts were unconstitutional.

The funny thing is that the appeal, on behalf of the state, is being handled by the members of the labour aristocracy – the appeal is being handled by the attorney-general’s office – that stand to gain financially if it is rejected. The judges of the supreme court, on whose ruling fiscal stability depends, are the best-paid members of the labour aristocracy, but have little to gain from the rejection of the appeal as they lifted the pay cuts they had voluntarily imposed on themselves some time ago.

MEANWHILE, EAC workers will stage a two-hour work stoppage in Thursday over the pay cuts imposed during the recession demanding their immediate lifting. They also want the authority to carry on contributing to their private health insurance fund, because Gesy is just for the lower classes and not good enough for EAC workers. Cyta’s aristocrats have taken the same line.

EAC’s four unions have also been trying to maintain the workers’ co-operative status of the authority, opposing the government’s plan to resume diverting part of its surpluses to the treasury, on the grounds that this would hurt consumers. They claim the authority would be deprived of funds for investments and would be obliged to increase electricity rates.

After the labour aristocrats had been so successful in maintaining the monopolistic status of the EAC, defeating attempts to privatise it, they are not going to allow the government to get its dirty hands on the surpluses, which belong to the workers of the authority.

GOVERNMENT doctors, angry and resentful about the big pay packages offered to personal doctors in Gesy, have also come up with a socialist measure for boosting their income. They want to turn state hospitals into workers’ co-operatives and told the state health services they want 20 per cent of the gross revenue the hospitals would earn from the Health Insurance Organisation to be distributed among doctors as extra pay.

This is a truly socialist measure, considering the state hospitals will be operating at a loss, that the state is obliged by law to cover for the next five years. How many loss-making organisations offer a fifth of their revenue to employees, knowing that such a decision would make the loss even bigger? The ruthlessly exploited taxpayer will just have to pay more for the operation of the state hospitals to boost the earnings of government doctors and bring them closer to the income of personal doctors. Gesy has money to burn.

HELLENIC Bank which tried to ignore the dictatorship of the proletariat, audaciously wanting to decide its pay rise policy, was punished by Etyk with a 24-hour strike. Who receives pay rises in a bank is a decision traditionally taken by the union dictator, who was never going to allow this power being taken away from him.

At the Bank of Zypern, more than 400 of its labour aristocrats applied for the voluntary retirement scheme. Some will take as much as 200 grand as compensation, which would be tax exempt. Our dictatorship of the proletariat ensures that the richest workers get the tax breaks, just as Marx prescribed in the Communist Manifesto.

RETURNING to Gesy, the bright sparks at the Health Insurance Organisation (HIO) have just realised that the patients are abusing the system, viewing blood tests and MRI scans as just another service they can order, like a hair-cut or a body-wax, whenever they feel like it.

The average Cypriot, when something is offered free feels obliged to take advantage of it and that includes an MRI scan. According to an HIO source quoted in Politis, in the four-and-a-half months of Gesy there have been 514,000 MRIs carried out, representing three quarters of the people registered with Gesy. It’s free so people want to have one.

Lab tests have exceeded the number of registered patients, reaching 820,000, and there is reportedly a big demand for tests of vitamin D levels; don’t ask Google why everyone wants to know their vitamin D level because there is just one answer – it’s free.

THE HIO is now trying to limit these abuses before the system goes bust. It will reportedly use the Gesy software program to monitor prescriptions for tests. Of course these abuses would have been avoided if there was someone at the HIO that had heard about medical protocols that are used by all health services and would provide doctors with specific guidelines regarding when to prescribe MRIs or blood tests.

A doctor who had worked abroad and visits our establishment occasionally, said he had written to the HIO, when Gesy was first introduced, to ask for protocols. In the reply he received he was told to read the law on Gesy approved by the legislature, which said that a doctor must have their own premises, employ a secretary, have a telephone… The administrators of Gesy did not have a clue what protocols were. 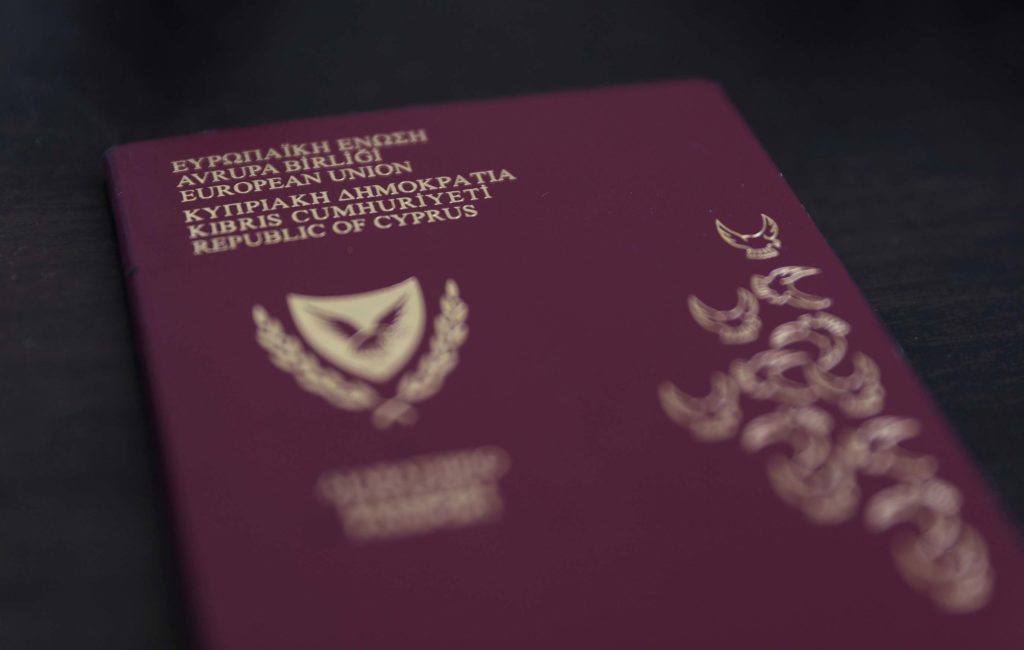 OUR GOVERNMENT eventually realised it could not play the silence game, regarding the golden passports. It had tried, completely ignoring the Reuters report of 12 days ago about the granting of passports to associates and relatives of Cambodia’s authoritarian ruler, including the chief of police and his finance minister.

A few days ago, after daily attacks by Akel that seized the opportunity to attack Prez Nik because it was supposedly concerned about Kyproulla’s reputation, the government decided to speak. After the council of ministers’ meeting on Wednesday, spokesman Prodromos Prodromou said there would be an investigation into the granting of passports to the eight Cambodians. If anything was suspected citizenships could be revoked said PP.

As the attacks did not stop, on Thursday PP announced the investigation would be widened and not restricted to the Cambodians. The interior minister would look into certain cases granted citizenships “before the review and strengthening of the checks,” he said.

Under Nik’s government, the granting of passports had grown geometrically, he admitted, attributing this to the fact that the economy was doing so well! Investors wanted citizenship of a country with a robust economy, he said. He forgot that in 2014 when the citizenship by investment scheme was introduced we were in an assistance programme, our banks were still on the brink and there were record bankruptcies.

Does a person who wants an EU passport care if he buys an overpriced property in country with a struggling economy? PP should be given a new job title – government sophist. Foreigners are ‘investing’ in Kyproulla because we Cypriots are bloody good salesmen and know the scheme has the blessing of our top salesman – Prez Nik.

ATTORNEY-GENERAL Costas Clerides overdid the self-pitying victimhood in the speech he gave on Wednesday during the ceremony at which he was awarded an honorary doctorate by the School of Law and Business Administration of Frederick University.

He faced attacks from everywhere, he said in his speech – from within the legal service, some members of the legislature, the executive, the police and the media, a section of which waged an “unholy and merciless war” against him. He did not mention his nemesis Polys in his speech. And when someone “stands tall and confronts the ills of society, he becomes an immediate target of some and a candidate for extermination,” he revealed.

This was not the type of acceptance speech a person makes on being awarded a doctorate. Usually they find an original subject of general interest, research it a bit and give an enlightening speech about it. Talking about yourself as a victim and target of evil forces is not an honorary doctorate acceptance speech.

OCTOBER 28 is a public holiday, marking with parades the 1940 rejection of Mussolini’s ultimatum by fellow dictator in Greece Ioannis Metaxas that led to war and the defeat of Italy by Greece. It is known as ‘Ochi Day.’

At the risk of being accused of neo-Cypriot sympathies, I think it is time we started celebrating our own ‘Ochi Day’ – April 24, 2004, the day 76 per cent of Greek Cypriots said ‘ochi’ to the satanic Annan plan. Although many labelled it a ‘heroic ochi’ it was nothing of the sort when compared to that of Greece which cost thousands of lives and human suffering.

Ours was an ‘ochi lite’, in keeping with modern times, but it should still be marked so that future generations will remember that when the Turks offered to return Famagusta, Morphou and loads more occupied territory to us, the overwhelming majority said ‘ochi,’ we did not want them returned.

Why our energy bills will spiral next year