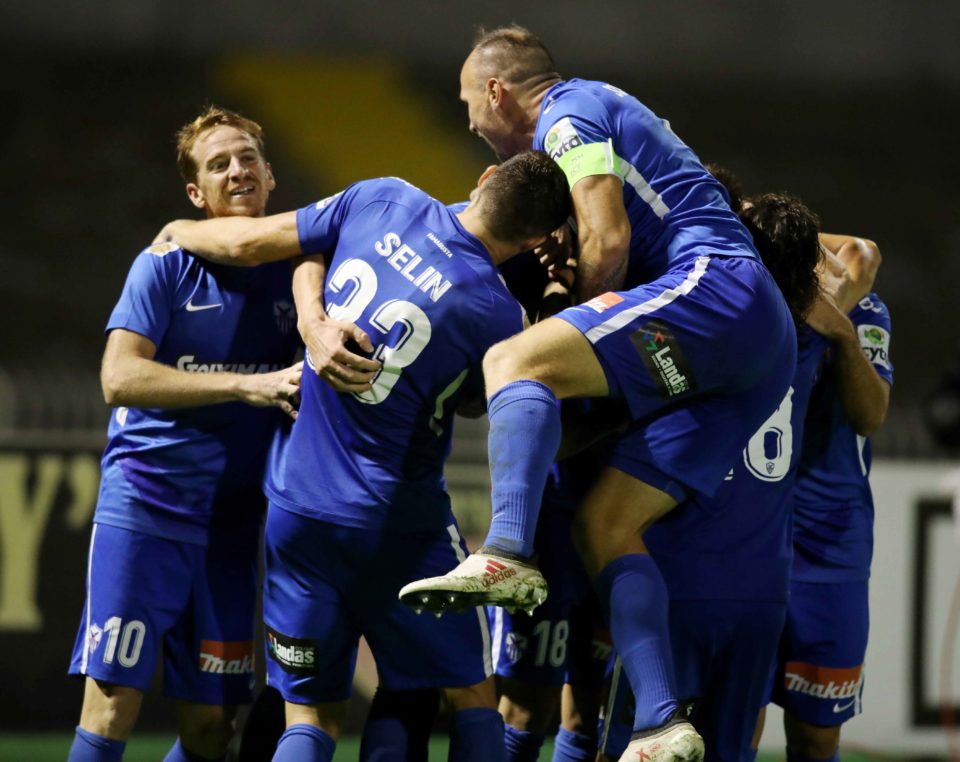 Anorthosis pulled two points clear at the top of the Cyprus standings after hitting Doxa Katokopias for six and all remaining teams at the top end of the table dropping points over the weekend.

AEK, who had seemingly the easiest task, dropped points against against Enosis, as did Omonia and Ethnikos against Olympiakos and Pafos FC. Finally Apollon lost to AEL in the Limassol derby and dropped to ninth place, just three points above the relegation zone.

Anorthosis produced their best display of the season against Doxa and turned what many believed to be a tricky tie into a one-sided affair.

The Famagusta team were in control of the game from the very first whistle but more so after 10 minutes after Ruben Rayos gave them the lead. Michal Duris, scored his first goal of the season before the interval to give his side a well-deserved lead.

In the second half Anorthosis’ pressure was relentless and they scored four more through Katcharava, Schildenfeld, Daushvili and a second by Druris four minutes from the end.

After the game Anorthosis coach Temur Ketsbaia praised his players for their near perfect performance and said: “it will be a tough marathon till May and we have to remain focused and not get carried away.”

Apollon suffered their fourth defeat of the season, and the second (in three games) since coach Sofronis Avgousti returned to manage the side.

Talk of a rift between the coach and a number players after the game were widespread on social media with Avgousti indirectly confirming this by saying: “If there is anything going on in the dressing room I will stamp it out.”

Yet it was Apollon who took the lead in the 37th minute through Carr but five minutes later Ivan Carlos brought the scores level.

AEL took the three points thanks to a 79th minute penalty by Hurado.

AEK were surprisingly held to a 4-4 draw by bottom placed Enosis at the Arena stadium. Enosis even led 3-1 at the interval but an 11-minute hat-trick by the league’s top scorer Ivan Trickovski turned the game on its head.

Enosis though fought back and equalised in the 73rd minute through Roushias and pressed forward for the winner especially after AEK were left to play with ten men for the last 15 minutes after Facundo Garcia was given his marching orders.

They did get the ball in the back of the net but it was correctly ruled out by the officials.

Ethnikos Achnas maintained their great start to the season after drawing 1-1 away from home with Pafos FC.

Igor Khudobyak gave the visitors the lead in the 55th minute with Ivan Rasic equalising ten minutes from the end.

On Friday night Omonia produced their worst performance of the season so far drawing with newly-promoted Olympiakos 1-1.

Omonia were lucky to escape with a point especially as in the latter stages of the game Olympiakos had the chances to take all three points.

Champions Apoel had no problems in the final game of the round on Monday night as they beat Nea Salamina 3-0 away from home.

Wins for Gladiators and CTL College in Cyprus cricket league