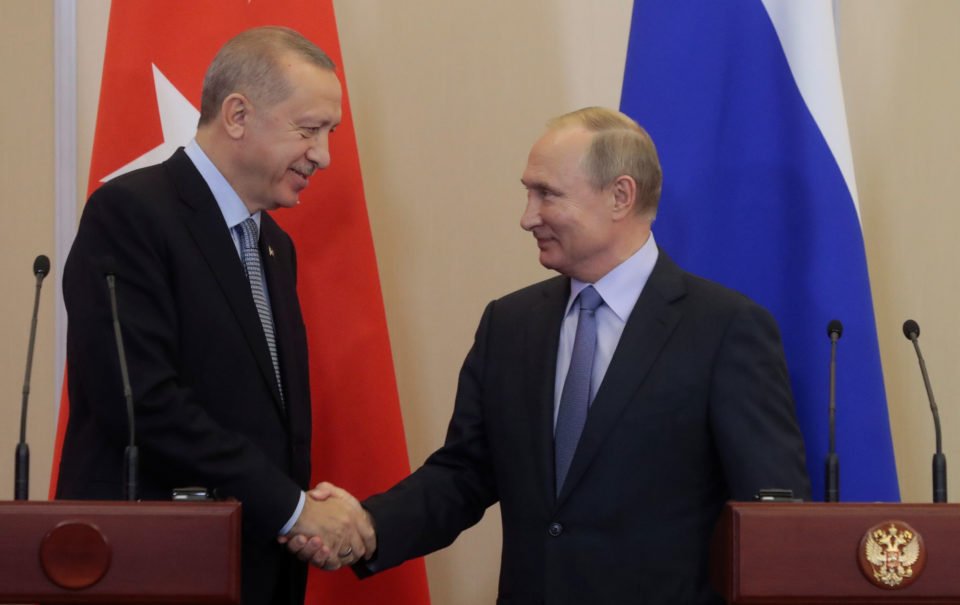 The U.N. Special Envoy for Syria appealed on Monday for the fragile ceasefire in northeastern Syria to be extended as he seeks to move ahead with a nascent political process to end the war.

Geir Pedersen said he would meet foreign ministers from Turkey, Iran and Russia in Geneva on Tuesday, a day ahead of the first meeting of Syria’s Constitutional Committee.

The committee is seen as key to paving the way for political reforms and “free and fair” U.N.-supervised elections in the country after eight years of war that have killed hundreds of thousands and forced millions to flee.

Turkish Foreign Minister Mevlut Cavusoglu said on Monday that Kurdish YPG forces had not yet fully withdrawn from a strip of northeastern Syria under a Russian-brokered pause in the fighting that expires late on Tuesday.

Russian-back Syrian troops in late April also launched an assault in the northwestern region of Idlib, the last major chunk of territory still in the hands of Turkey-backed rebel forces.

Turkey, Russia and Iran have had a series of attempted ceasefire deals but fighting has rumbled on, albeit with lulls.

“We are strongly appealing for the ceasefires to be respected and that we have also been appealing for a nationwide ceasefire to come into effect,” Pedersen told a news conference.

“We do believe that the fighting going on is just another proof of the importance to get a serious political process under way that can help sorting out the problems in all of Syria, including in the northeast and obviously also Idlib,” he said.

Pedersen has already met envoys from seven countries including the United States. James Jeffrey, U.S. special representative for Syria, told reporters that the panel was “an important step forward … to resolving the Syrian conflict”.

Cavusoglu, Iran’s Mohammad Javad Zarif and Russia’s Sergei Lavrov are due to meet in the Swiss city as the pause expires, before the 150-member Syrian panel convenes under U.N. auspices on Wednesday.

The gathering, with support from major powers backing both sides, marks the “first political agreement” between the government of Bashar al-Assad and the opposition, Pedersen said.

“It commits the government and the opposition and their nominees to sit together face-to-face in dialogue and negotiation,” he said.

The Assad government, Syrian opposition and civil society groups each submitted 50 members to serve on the panel. Each delegation includes Kurds, but there is no SDF or YPG representation.

Pedersen conceded that there was not yet full agreement on the names of the civil society members in the sub-group of 45 who will draft the new document but talks were continuing.

“Hopefully we will have a solution on this before the Committee starts its work later in this week,” he said.