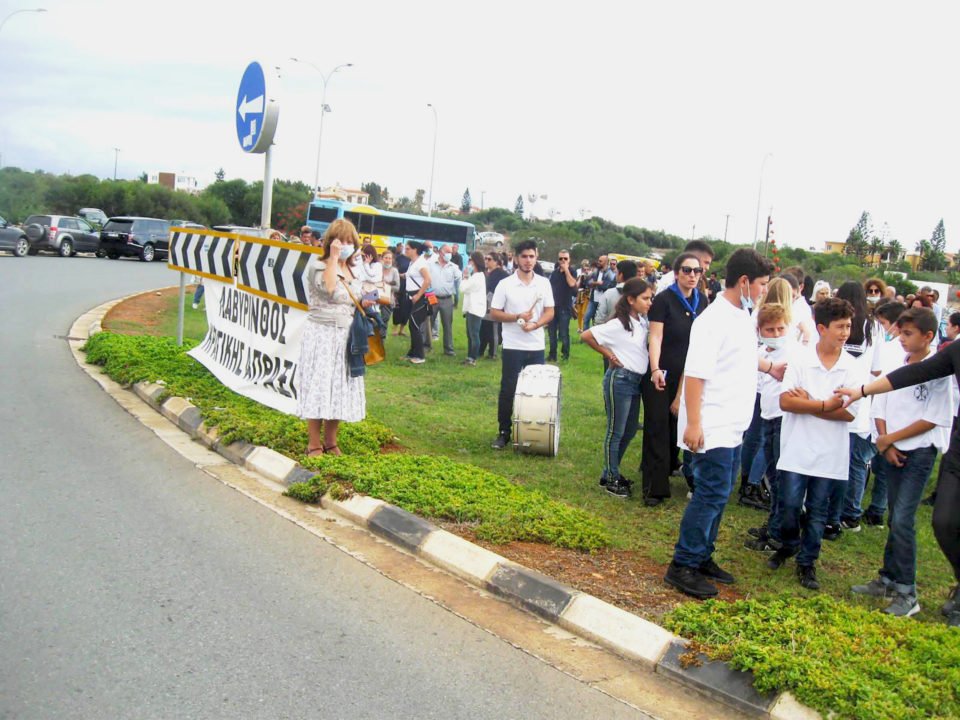 Demonstrators on the Ayia Napa-Larnaca highway on Monday

Around 300 Ayia Napa and Paralimni residents blocked a highway for half an hour on Monday in protest over the ongoing operation of an illegal rubbish site in their area.

Protesters blocked the roundabout at the end of the Larnaca to Ayia Napa highway at around 1.30pm for half an hour.

The protest concerns the daily burning of rubbish at a site that lies within the Paralimni municipality’s area.

Ayia Napa mayor Yiannis Karousos who attended the protest said the problem has been ongoing for several years.

“It cannot go on like this anymore,” he said, adding that the fumes from the daily burning of the rubbish also reach Ayia Napa and create a stuffy atmosphere but also pose a health hazard.

Karousos said the fumes cover Ayia Napa with cancerous substances that affect the municipality’s residents’ quality of life but also of visitors.

“The residents are fed up with this,” he said.

He added the protest aimed at sending a message to the agriculture ministry and the environment department to provide a solution to this problem.

“Residents don’t care about who’s in charge of the rubbish site. They have reached their limits and we demand a solution here and now,” Karousos said.

He said both the residents and the Ayia Napa municipality want the competent ministry to find the necessary funds rectify the situation.

Karousos said the next protest would take place outside the agriculture ministry.

Our View: Sustainability must be at the heart of any tourism strategy