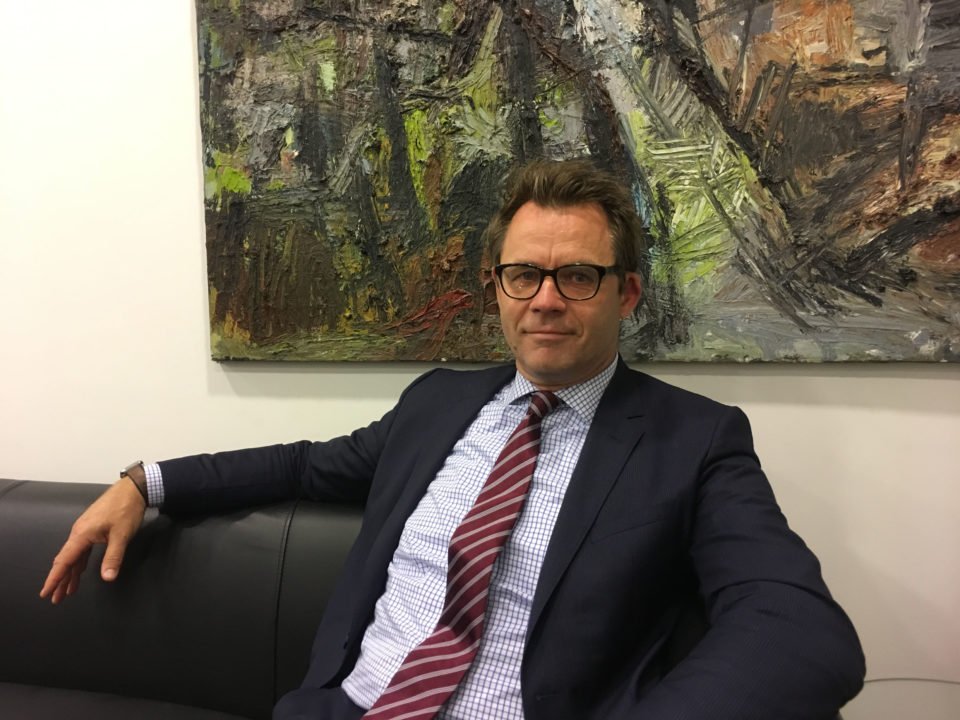 Matjaž Gruden, Director of Democratic Participation of the Council of Europe (CNA)

The Council of Europe expects the Convention on Offences relating to Cultural Property, introduced in 2017 in Nicosia, to gain momentum, with a senior official expressing hope that more countries will ratify it, allowing the international treaty to enter eventually into force.

Last week, a two-day conference was held in the capital of Cyprus to promote what is known as the Nicosia Convention, aiming to raise awareness and promote shared efforts in fighting offences relating to cultural property.

The Convention opened for signatures on May 19, 2017, on the sidelines of a ministerial meeting in Nicosia, marking the end of the Cyprus Chairmanship of the Committee of Ministers.

So far, 12 countries have signed the Convention, with Cyprus and Mexico being the only two countries to ratify it. Five ratifications are necessary to activate the Convention’s provisions, including at least three member states of the Council of Europe. The Convention aims to supersede the 1985 “Delphi Convention”, which no country ratified.

“Considering the topicality of the threat we are dealing with, everybody would like to have a quicker response from the governments” Matjaž Gruden, Director of Democratic Participation of the Council of Europe, said in an interview with CNA. He expressed, however, hope that “we are going to see positive momentum” with more countries signing and ratifying the Convention.

The Council of Europe senior official noted that it is difficult to estimate the value of the global illegal trade in antiquities, which is often used to finance criminal or terrorist activities.

Asked if other countries share Cyprus’ commitment in this cause, he pointed to national experiences with stolen or damaged artefacts, adding that in every conflict, cultural heritage is very often the first target.

He said moreover that the Convention came as a response of governments acknowledging the magnitude of this threat. The immediate trigger that led to the Convention was ISIS, he added.

At the 6th Council of Europe Conference of Ministers responsible for Cultural Heritage held in 2015 in Namur, Ministers condemned “the deliberate destruction of cultural heritage and the illicit trafficking of cultural property” and decided to “reinforce European cooperation” in this field, leading to a Committee of Ministers` decision to draft the new Convention.

Gruben also noted that various organizations and Conventions are dealing with the subject, including UNESCO, and said that the Nicosia Convention “tries to fill the gaps that still exist.”

The Convention should be seen as part of the package produced by the Council of Europe in recent years, in response to the terrorist threat and the threat of international organized crime, he said. One of its key provisions, according to the Director of Democratic Participation, is to reinforce cooperation between governmental and law enforcement authorities, as well as other relevant players.

One thing that all threats from terrorism or organized crime have in common is that they are exploiting loopholes, differences in legal systems and regimes with regard to certain types of threats and offences, he explained. The more we are cooperating and opening to each other, the less these differences may become an opportunity for criminals, he added.

The CoE Director also noted the importance of enlisting the help of civil society in order to monitor supervisory mechanisms or to even criticize governments when they are not doing their bit.

“Galleries, art dealers, museums are all key players. Together with governments, they need to have a common objective” he said. He also pointed to the need for tighter regulation and proper supervision but said that this mechanism also requires stakeholders who are committed and interested in participating, on their own volition.

One of the purposes of the Convention, he went on, is to raise awareness about the existence, the size and the magnitude of the threat to our cultural property. Thus, we are making sure that everybody involved – including galleries and art dealers – have an interest to fully cooperate or face reputational sanctions, along with proper sanctions, he added.

Gruben said finally that while the Convention is about cultural property, at the same time it is “a rule of law instrument, a robust piece of international law aimed at helping member states reinforce their means to strike back” against crime and terrorist networks.

In any case, the Convention makes sure that every action has very strong inbuilt democratic and human rights safeguards, which is a Council of Europe “trademark”, Gruben concludes.

The Nicosia Convention is the only international treaty specifically dealing with the criminalization of the illicit trafficking of cultural property. It establishes a number of criminal offences, including theft, unlawful excavation, importation and exportation and illegal acquisition and placing on the market.

The “Act for Heritage!” two-day Conference in Nicosia, on October 25 and 26, was organized by the Commissioner for Volunteerism and Non-Governmental Organizations of the Republic of Cyprus, in co-operation with the Ministry of Foreign Affairs of Cyprus, the Council of Europe and the European Union.

Both Turkey and Cyprus issue Navtex warning for exercises in EEZ