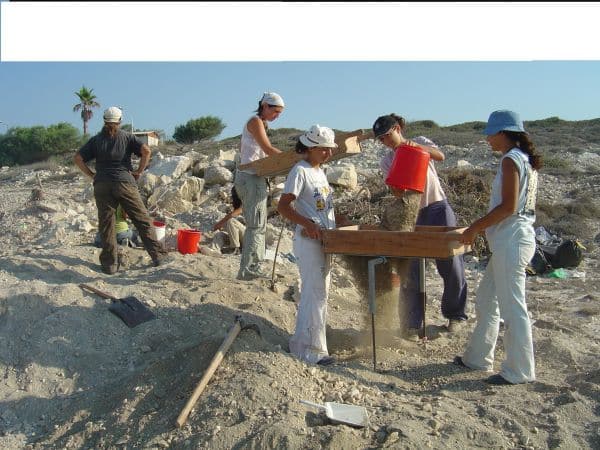 CMP helpers digging for remains of the missing

The Committee on Missing Persons (CMP) has so far this year located the remains of 24 people, whose identification is pending, MPs heard on Tuesday.

During a special meeting of the House refugee committee to mark the Day for Missing Persons which has been set by parliament as October 29, officials pledged to continue efforts to locate the remains of as many missing persons as possible despite difficulties and lack of cooperation from Turkey.

MPs heard that the CMP has so far this year located the remains of 24 people, whose identification is pending.

According to Pantelides, there are difficulties, but they refuse to give up.

“Whenever we come across difficulties, we are stepping up our efforts,” he said.

Pantelides said that in the six months since taking up his duties he has identified several problems, starting with the assessment of information.

“We are expanding the investigations, we are not only limited to the cooperation with the Turkish Cypriot office, we are also trying to develop our own sources in the occupied areas,” he said.

He added that the CMP was now also going back on older cases and gave as example 200 cases for which excavations had taken place in the past after seemingly good information, but which did not yield any results.

According to Pantelides all pending cases of Greek Cypriot missing persons concern the northern part.

Last June the CMP was granted permission to enter 30 military areas but in order to be able to visit these areas they must have a witness on site so that they can obtain permission again.

He gave as example the Eldyk kitchens which the CMP has repeatedly attempted to go to but postponed the visits twice.

He also said that they have several testimonies concerning the closed-off area of Famagusta and the CMP was able to secure authorisation for a first visit.

“We hear a lot, there are delays but we don’t give up. We know we have to be patient and persistent,” Pantelides said.

Representative of the foreign ministry Andreas Fotiou said they have received reassurances from the European Commission that it will continue to fund the CMP while a large country has recently expressed interest for information on the funding mechanism.

“In the European arena there is a particular understanding of the issue of missing persons,” Fotiou said.

The majority of the participants in the discussion criticised Turkey’s lack of cooperation in finding more remains by withholding information.

Presidency Commissioner Photis Photiou said the parents of missing persons are dying without having the opportunity to hold a funeral for their children.

He criticised Turkey that for the past 45 years, has been “refusing to cooperate and is not providing information from her archives for mass graves and transfers of remains.”

According to Photiou the issue of the missing persons is the first issue President Nicos Anastasiades brings up in his meetings with Turkish Cypriot leader Mustafa Akinci.

Referring to the work being done under the foreign ministry’s Action Plan, he said efforts are being stepped up and there was a systematic job of evaluating information, but that “unfortunately the lies with the occupying power.”

The President of the Pancyprian Association of Undeclared Prisoners and Missing Persons Nikos Sergides said that despite the weaknesses of the CMP, it is the only mechanism that exists and it is the obligation of everyone to support it.

Ioannis Demetriou from Assia said that during the last 12 months the CMP has identified only one person from Assia, adding that of the 105 people who disappeared in Assia, 56 have been buried.

He also spoke of “mockery” over the investigation of the massacre of 70 civilians in Ornithi whose remains are believed to have been moved to a former landfill in Dikomo.

Our View: At least government listened to experts to call off parades