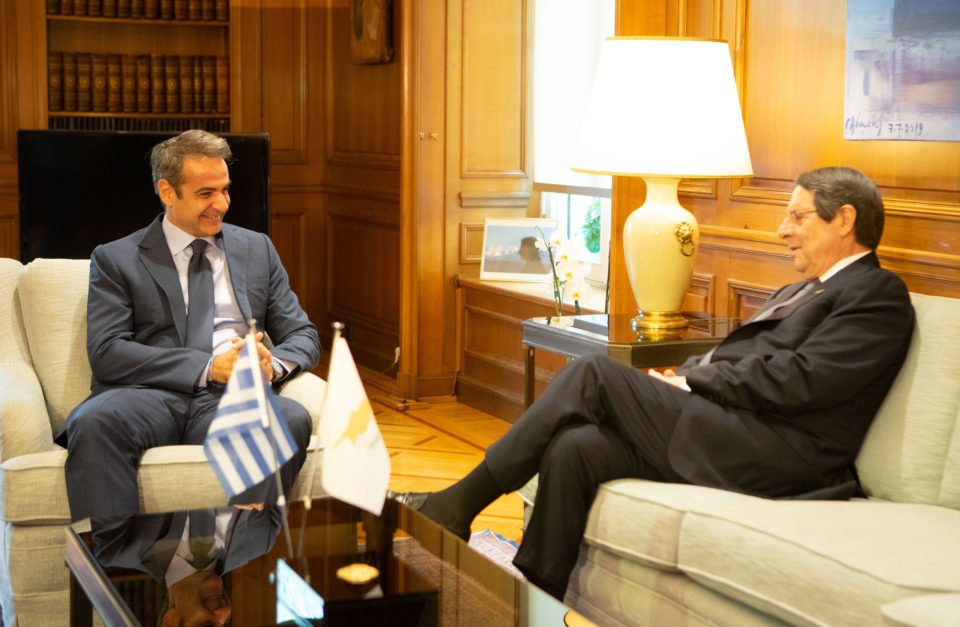 Speaking in Athens, Prodromou said the president informed Mitsotakis in detail about the document that he had prepared.

Both leaders must each submit a document ahead of the meeting with UN Secretary-General Antonio Guterres in Berlin on November 25.

In his, Anastasiades outlines in detail all initiatives undertaken to resume the negotiations and all constructive proposals in addition to everything the Greek Cypriot side proposed to build a climate of trust.

Prodromou said the document, which has already been submitted to the UN Security Council, clearly indicates the president`s readiness to cooperate with the SG and the Turkish Cypriot leader on November 25, so that a decisive step can be taken for the resumption of substantial negotiations.

The spokesman further underlined that during the Anastasiades-Mitsotakis meeting, there was an exchange of views on the current developments on the Cyprus problem and all issues of common interest as well as a thorough discussion on the Berlin meeting.

Mitsotakis expressed his support for the efforts of the SG to resume the negotiations and the readiness of Greece to contribute, the spokesman added.

Mountain communities to be included in wine festival events