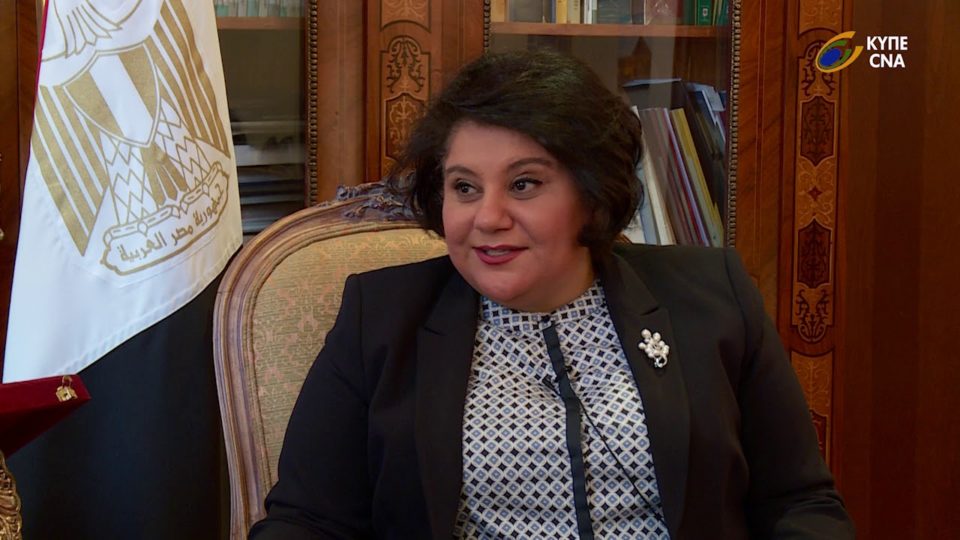 Ambassador of Egypt, Mai Taha Mohamed Khalil, and Canadian Ambassador Mark Allen were named ‘diplomat of the year’, resident and non-resident respectively, on Wednesday at an awards ceremony held by the Cyprus Chamber of Commerce and Industry (Keve) and the foreign ministry in Nicosia.

Addressing the event, foreign minister, Nicos Christodoulides said economic diplomacy was indispensable, adding that his ministry had made it one of its top priorities.

“These are only a few of the reasons that make economic diplomacy indispensable. It is mandatory that we use all levers at our disposal to promote our mutual economic interests, to ensure a level playing field for all economies – large and small,” Chistodoulides said.

Commenting on the 2013 financial crisis in Cyprus in the wake of the global crisis, the minister said: “We have succeeded in transforming an economy in distress, into a story of strong economic recovery that has attracted international praise.”

“One of the most valuable lessons learned from the economic crisis is the importance of the interaction between our countries’ economies and the significance of multilateral cooperation in facing challenges of this magnitude,” he added.

He added that the strategy on economic diplomacy, initiated in February 2019, is expected to be completed by the end of 2019.

“At the heart of our pursuit lies the understanding that focusing only on commercial diplomacy – the promotion of exports and the attraction of foreign direct investment – is no longer sufficient. We believe that economic diplomacy has a much wider role to play, coherently promoting all the comparative advantages of a country, contributing towards the enhancement of political relations,” he said.

The foreign minister added they are focusing on the classical aspects of economic diplomacy, including access to markets and foreign investment, but they are also working on improving the island’s branding and Cyprus’ culture.