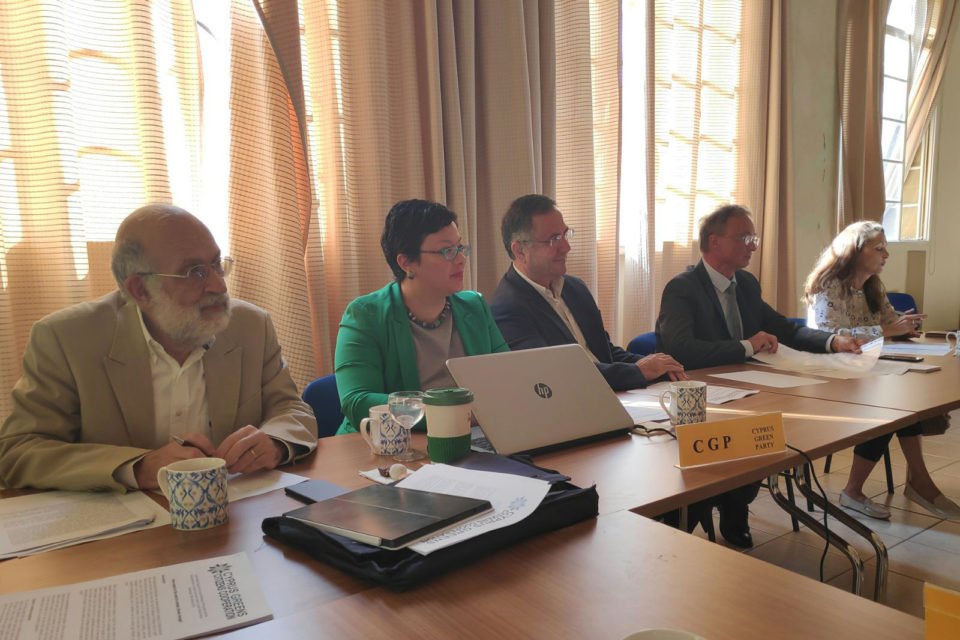 Leaders and representatives of Greek Cypriot and Turkish Cypriot political parties agreed on Wednesday on the need for environmental legislation to be introduced and strictly adhered to across the island to combat climate change.

In a joint communique issued at the end of a meeting at Ledra Palace, the leaders agreed that climate change was a problem that already affects Cyprus, with extreme weather conditions and the “danger of desertification already occurring in our common land”.

They also called on the two leaders to resume the negotiations, according to UN resolutions under the auspices of the UN Secretary-General.

According to the joint communiqué issued by the Embassy of the Slovak Republic the parties discussed the issue “How urgent is the need to combat climate?” as proposed by the hosting party, the Creek Cypriot Cyprus Greens-Citizens’ Cooperation.

“It is essential that environmental legislation is introduced and strictly adhered to, that mitigation measures are horizontally agreed upon and enforced across the island, if we are to save it from impending ruin. We need to commit to the targets set by the European Union for the year 2020 and the upcoming agreements on the targets for 2030, as well as embed the 17 UN sustainability targets for 2030 in all our policy decisions,” the communiqué said.

The parties stressed that the targets could become the focus of joint task forces or of a joint technical committee that could initiate efforts towards preparing the island as a whole to mitigate the consequences of climate change and ensure that targets are adhered to by all concerned.

According to the joint communiqué, the leaders and representatives of the political parties “commit to introducing measures to combat climate change and prevent further environmental catastrophes on the whole island, recognising that this homeland was only lent to us for safekeeping for future generations”.

They believe that the solution of the Cyprus problem aiming at the reunification of our common homeland is a prerequisite for unifying our country’ s natural environment.  Therefore, “they call upon the two leaders to resume the negotiations, according to UN resolutions under the auspices of the UN Secretary-General”.

The next regular meeting of the leaders and the representatives of the political parties will be held on Wednesday November 27 at the Ledra Palace.