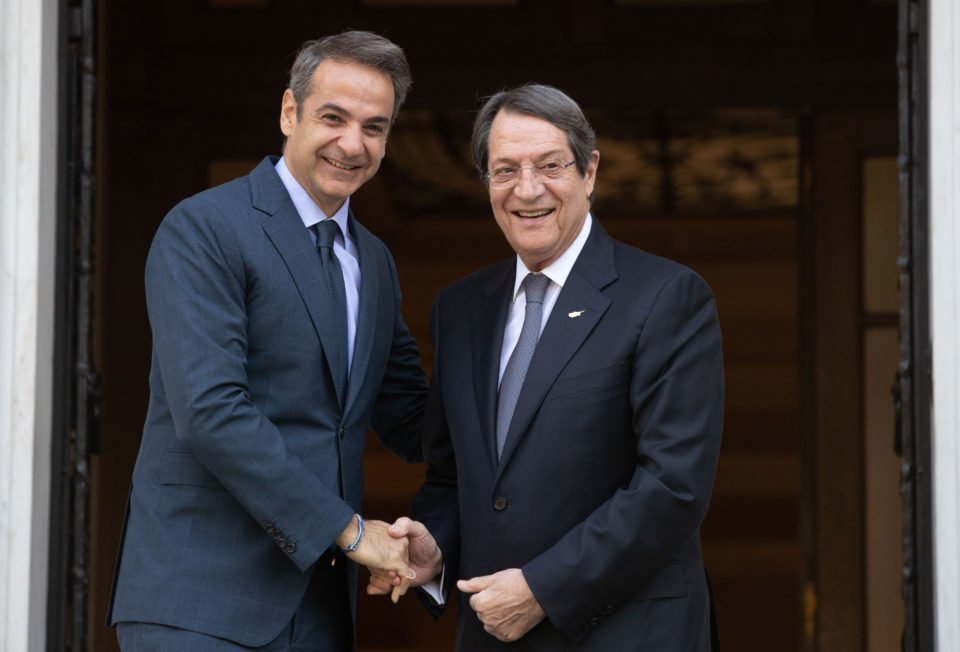 If the necessary steps are taken and there is decisive progress at talks between the two leaders and the UNSG in Berlin, Greece said it was ready to contribute in subsequent efforts for the resumption of settlement talks, a government source told CNA.

During the President’s contacts with Mitsotakis in Athens the two sides discussed Cyprus developments and all potential outcomes that may follow.

Anastasiades reiterated to the Greek Premier that he is ready to attend the meeting in Berlin in a good spirit. He also believes that consultations that preceded in August are enough to lead to a positive development, the same source said.

At the same time, UN special envoy Jane Holl Lute continues her contacts with all parties involved, and she may visit Cyprus again before November 25, but no date has been set yet.