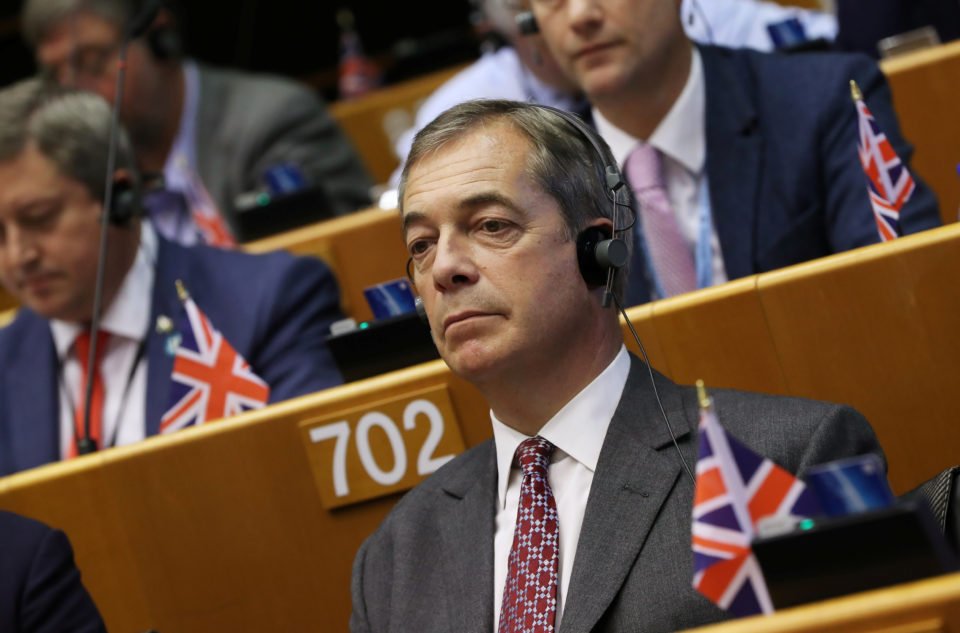 Nigel Farage will call for a “Brexit alliance” with the Conservatives as he sets out his stall for the General Election campaign.

The Brexit Party leader – who has been tight-lipped about his strategy despite mounting speculation – will launch his campaign in Westminster on Friday morning.

It comes after US President Donald Trump appeared to call for an electoral pact between Mr Farage and Boris Johnson, saying the pair could become an “unstoppable force”.

Mr Farage refused to say how many seats his party would fight in the December poll, telling LBC: “Some newspapers are suggesting that we will fight vast numbers of seats, others think we will fight as few as 20 seats.

“I run a very tight ship, we don’t leak. I will reveal all later on today.

“But, I can assure you that most of what I say will be about Boris’s deal and the need, in my view, for some kind of Brexit alliance.”

It comes amid reports that his anti-EU party could concentrate resources on 20 to 40 Labour seats in Leave areas.

But The Times said the scale could be much greater than anticipated amid concerns the party could be “no-platformed” at the election if it scales back candidates.

Cabinet minister Robert Jenrick said: “We are not interested in doing any pacts with the Brexit Party or indeed with anybody else.”

The Communities Secretary told BBC Radio 4’s Today programme: “We are in this to win it.”

In a radio interview with Mr Farage on LBC on Thursday, Mr Trump said: “When you are the president of the United States you have great relationships with many of the leaders, including Boris, he’s a fantastic man, and I think he’s the exact right guy for the times.

“And I know that you and him will end up doing something that could be terrific if you and he get together as, you know, an unstoppable force.”

While Mr Trump praised Mr Johnson, he criticised his Brexit deal, claiming it hinders trade with the US.

“We can’t make a trade deal with the UK because I think we can do many times the numbers that we’re doing right now and certainly much bigger numbers than you are doing under the European Union.”

But a Number 10 spokesman said: “Under this new deal the whole of the UK will leave the EU customs union, which means we can strike our own free trade deals around the world from which every part of the UK will benefit.”

Talking about Jeremy Corbyn, Mr Trump said the Labour leader “would be so bad for your country, he’d be so bad, he’d take you on such a bad way. He’d take you into such bad places”.

Mr Corbyn hit back, tweeting: “Donald Trump is trying to interfere in Britain’s election to get his friend Boris Johnson elected.”

News podcast: What should we do with our natural gas?