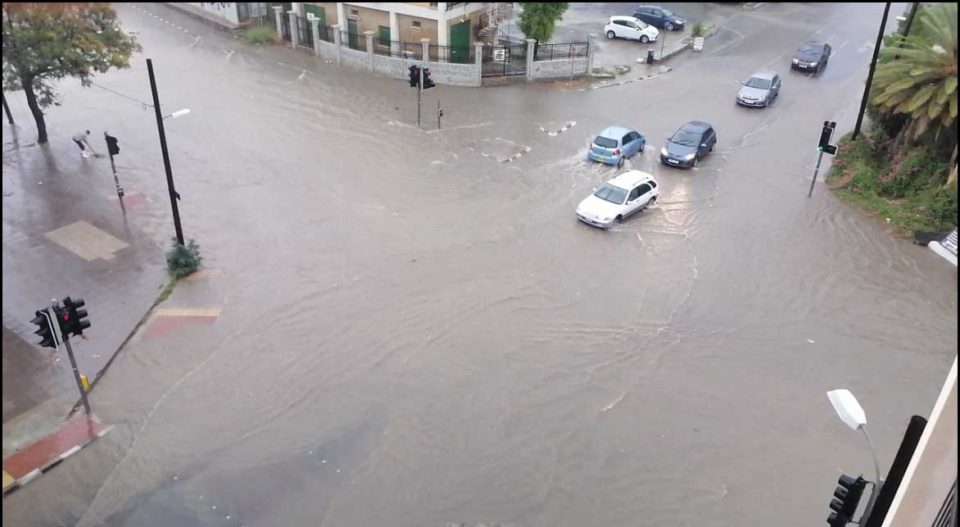 NINE mayors from the greater Nicosia area on Thursday called for drastic action to protect their districts from flooding after bad weather caused numerous problems islandwide this month due to storms and heavy rains.

At the same time, Limassol Mayor Nicos Nicolaides held a news conference with other mayors from around the district to announce it was moving forward with €35 million anti-flooding measures expected to finish by 2023.

In Nicosia, the nine mayors announced what measures they thought were needed to contain flooding and said they would be submitting these to the government on Friday to seek help.

“Something drastic must be done so that we do not end up discussing the same problems over and over,” said Latsia Mayor Christos Pittaras.

The mayors stressed first and foremost the need to strengthen infrastructure, which in many cases was still at 1960 levels, and which cannot meet the increasing needs of cities today, they said, especially with increasing frequency of bad weather.

They unanimously called on the state to adopt and finance a specific programme to radically upgrade the city’s infrastructure.

The mayors also asked for the creation of a body that would be responsible to coordinate the design and implementation of a series of projects which have been submitted and which fall within the boundaries of the many neighbouring municipalities.

Engomi Mayor Zacharias Kyriacou said the current infrastructure was not sustainable. “It is outdated, and whenever severe weather occurs, the municipality is hit,” he said.

Charalambos Petrides, the mayor of Aglandjia, which was hard-hit last Sunday during a storm that lasted four hours, said: “The state must intervene and give both funding and means to move forward either in co-operation or under a supervisory body so that we can begin a new state of affairs, which is in line with today’s weather patterns, which are likely to worsen and increase,” he said. Aglandjia needed a new drainage network in some areas, and strengthening in others, he said.

Lakatamia Mayor Fotoula Hatzipapa said it was time the government stepped up. “We are here today because we recognise the problem,” she said. “We are not on the opposite side of the fence from citizens who are demanding a better life,” she added.

Nicosia Mayor Constantinos Yiorkadjis was unable to attend the joint news conference, reports said. Along with Aglandjia, the old city was badly affected by flooding on Sunday with street cafes and restaurants having to be abandoned by customers as water up to an inch high flooded the interiors.

Back in Limassol, Mayor Nicolaides spoke of the €35 million that would be spent to alleviate the growing problem.

“There is no protection in the northern part of the town against heavy rains, hence water gathers in the centre of the town,” he said, recalling devastating flooding in the city last week.

Nicolaides said the anti-flooding projects were all part of the 2030 Master Plan for the town. However, they had not been implemented due to the 2013 financial crisis, he said. The funds for the projects were finally released in February 2017.

The 17 projects are divided into four parts according to their urgency. The first phase estimated to cos €17 million is expected to begin in 2020-2022. The projects cover Ekali, Tsiriou, Germasoyia, Kato Polemidia and Ayiou Athnasios areas.

The second phase, also starting the upcoming year, will take place in the town centre with anti-flooding projects in Ayias Filakseos, Glauthsdonos, Navarinou and Thesalonikis estimated at €6 million.

The third and fourth phases will take place in 2021 in Ekali and Ayios Athanasios with a budget of €6 million and in Evagora Laniti with the same amount.

The mayor said that until the plan is completed, smaller anti-flooding measures will be implemented along with preventive measures against heavy rains.

Our View: Auditor-general’s job is to audit, not bully