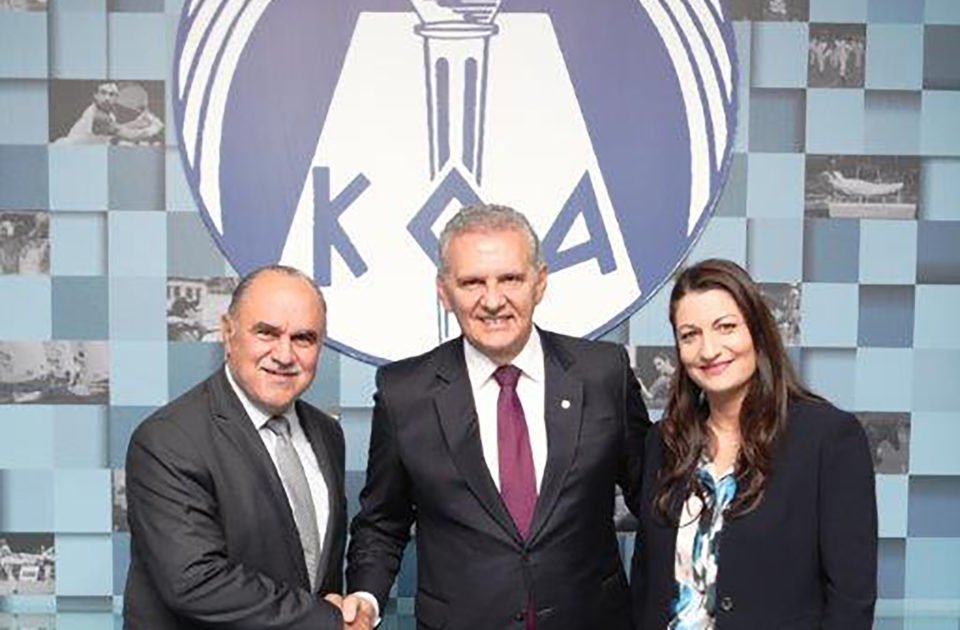 The construction of two sports stadiums for the benefit of the Maronite community and a Futsal stadium in Rizokarpaso were announced on Friday by head of the Cyprus Sports Organisation (KOA) Andreas Michaelides and the Commissioner for Humanitarian Affairs Fotis Fotiou.

“We discussed two major projects announced for the Maronite community, the Kormakitis stadium and the large sports centre in Anthoupolis, and I would like to thank KOA and its president for their cooperation, support and assistance for a community whose four villages are occupied,” Fotiou said.

At the meeting, the organisation of sports events was also discussed, aimed at bringing the younger generation of the diaspora closer together.

Fotiou explained the last and most important issue discussed was the creation of a Futsal stadium at Rizokarpaso school. The stadium will not only serve children of the school but also other young people living in the area.

Concluding, he said that it was decided to move swiftly to implement everything that was discussed.

The meeting took place in KOA’s offices and was attended by the Maronite representative in Parliament Yiannakis Mousas.

Teachers to vote over strikes during exam period

Street Food Festival with a twist