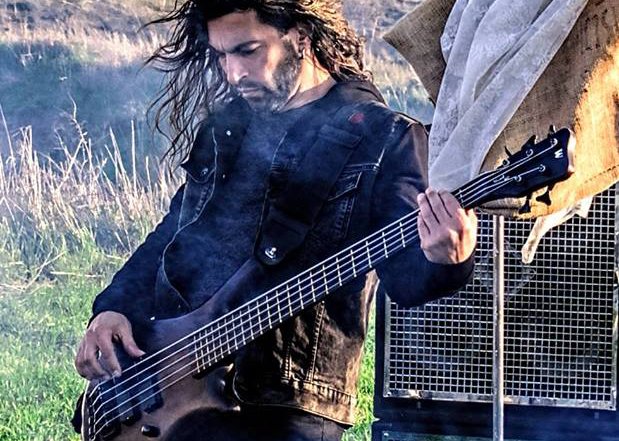 Where do you live?
Nicosia with my girlfriend and my dog, a pug named Zoe.

Best childhood memory?
Waiting for the morning of Christmas and New Year’s Eve and of course playing outside with childhood friends till at least the street lights came on.

Most frequented restaurant and absolute favourite dish? What food would you really turn your nose up to?
I mostly cook at home but when I want to enjoy food going out, I would say The Balti house in Larnaca and my neighborhood grill place Takis & Pambos. I’d rather stay hungry than eat Okra (Mpamies) or Taro or… kolokasi

What did you have for breakfast?
Fruit which are part of my all day “diet” since I was a kid, French toast and coffee.

Would you class yourself as a day or night person? What’s your idea of the perfect night/day out?
Mostly a night person since for the last few …decades I work at night. The last few years though since I got more into photography and water sports, I am becoming more and more of a day person too. Which is bad because I still don’t go to bed early meaning I don’t get enough sleep. Life is too short to waste sleeping as I usually say to justify. A perfect night out would be a clear sky one away from the city, stargazing with a few friends and a few beers. A perfect day probably a clear warm one taking a bike ride alone up the mountains with a lot of stops for photos.

Best book ever read?
It might sound “shallow” cause its not a “deep” or a classic book (I’ve read most of them when I was younger anyway). My favorite book is Dirt The Motley Crue story, released around 2002. It gave me a ride into memory lane when in the late 80s rock music was on one of its peaks and some of us here in Cyprus were dreaming of being in that LA scene as it happened but could only read about it in magazines.

Favourite film of all time?
So many for so many different reasons. The Matrix, The Shawshank Redemption, Man from Earth, Mr. Nobody, most time travel movies. Ok I’ll stop. I can’t choose.

Favourite holiday destination? What’s your dream trip?
I’d have to choose between Madrid and Stockholm (I would move to Stockholm if it wasn’t for the weather). Dream destination is …Japan, and the Caribbean.

What music are you listening to in the car at the moment?
I create and frequently update a compilation of the latest rock & metal tunes that usually catch my ear on Spotify when at home. I also listen to a lot of radio since I’ve been doing some DJing lately and need to know what’s new.

What is always in your fridge?
Fruit and vegetables, beer, eggs, milk and wine.

Dream house: rural retreat or urban dwelling? Where would it be, what would it be like?
Either a penthouse loft in the centre of a city or a not as large modern house but with a large yard, out of the city. The former as I love the buzz of the downtown and walking to anyplace. The latter because I love gardening and DIY and need space outside for it.

If you could pick anyone at all (alive or dead) to go out for the evening with, who would it be?
My mom. I lost her before she got to hear me playing Greek music which she loved. Her love for it made her buy me a guitar at 11, and get me into music which is now my profession.

If the world is ending in 24 hours what would you do?
Probably try to spend time with as many loved ones as possible and then try the craziest ideas I could think of.

What is your greatest fear?
People that I love dying.