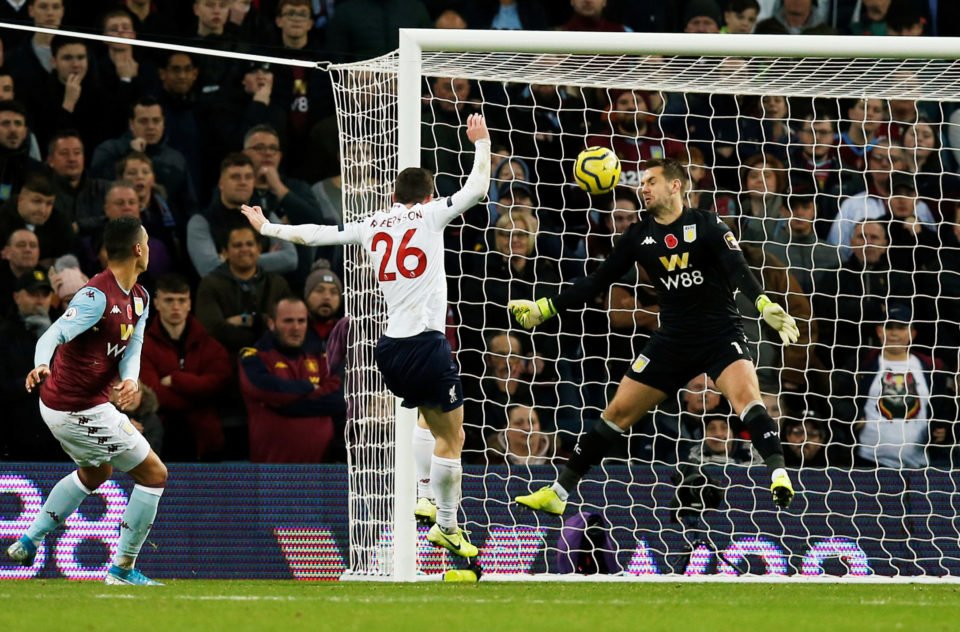 Liverpool left it late to maintain their six-point advantage at the top of the Premier League on Saturday.

Jurgen Klopp’s men were facing their first defeat of the season with three minutes remaining as they trailed to Trezeguet’s 12th-minute goal for Aston Villa.

It did not look like being Liverpool’s day – Roberto Firmino had an equaliser ruled out by VAR.

However, Andy Robertson levelled in the 87th minute, with Sadio Mane then capping an impressive comeback with the winning goal four minutes into stoppage time.

Title rivals Manchester City won by the same margin – and they were another team who did not have things all their own way in a game they were expected to win, edging Southampton 2-1.

Saints, beaten 9-0 at home by Leicester in their previous Premier League outing, took a shock lead in the 13th minute at the Etihad Stadium with a goal from James Ward-Prowse.

There were only 20 minutes remaining when Sergio Aguero equalised – and the comeback was complete four minutes from time when Kyle Walker got the winning goal for the hosts.

In other games, Arsenal were held to a 1-1 home draw by Wolves. Raul Jimenez scored the equalising and final goal of the game after Pierre-Emerick Aubameyang opened the score for the Gunners.

Elsewhere, Brighton secured a 2-0 win against Norwich, Sheffield United stunned Burnley 3-0 with a brace by John Lundstram and a goal by John Fleck, and Newcastle surprised West Ham with a 3-2 win at London Stadium.

‘Crucial step’ forward for reforms as municipalities give green light

An evening of Epic Women