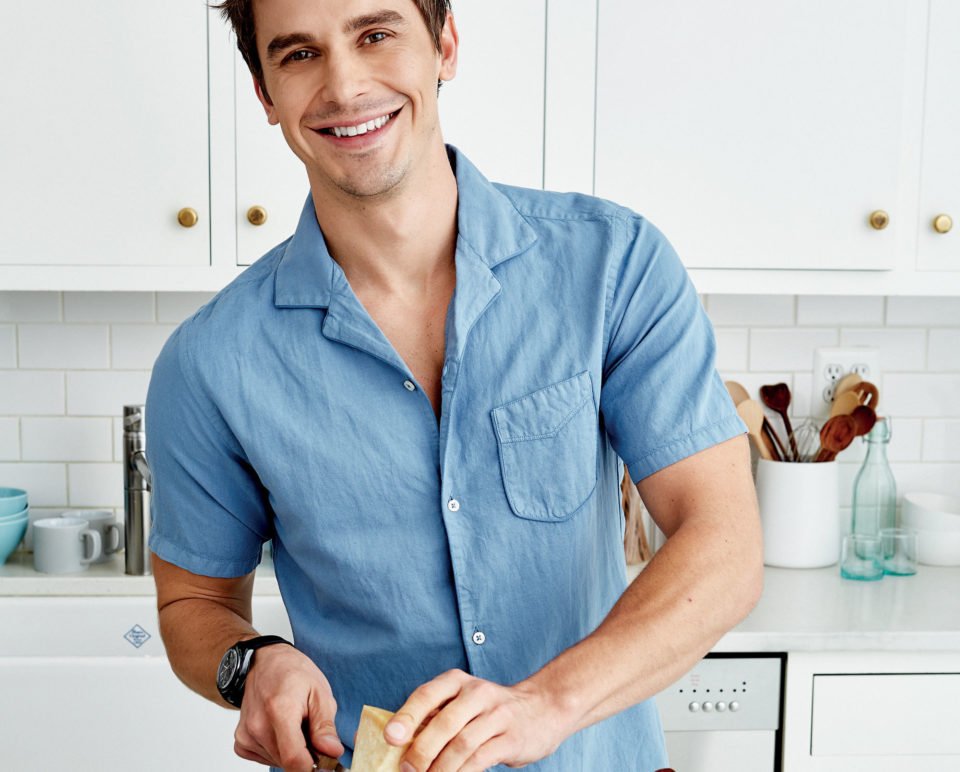 There has been many a snarky aside at Antoni Porowski’s expense. As beautiful, charming and thoughtful as he may be, as the food and wine expert on Netflix’s (very wonderful) Queer Eye reboot, his culinary credentials have been repeatedly trashed.

Take the time the 35-year-old Canadian ‘taught’ someone how to make grilled cheese sandwiches for instance, or that time he (quite unforgivably) added Greek yoghurt to guacamole.

The former model and actor has been upfront about the fact he isn’t professionally kitchen trained (although he was at one point the personal chef of Ted Allen, the original food and wine expert on Queer Eye For The Straight Guy), but that hasn’t stopped him launching ‘fast-casual’ New York restaurant The Village Den.

Neither have the cynics dissuaded him from writing his first cookbook, Antoni In The Kitchen. But how exactly do the recipes measure up?

“One day I picked up a head of cauliflower at the supermarket with no plan in mind, just a bit of faith that my larder staples back home would inspire. Indeed they did,” buzzes Antoni.

“First, some gochujang – the savoury-sweet fermented Korean chilli paste. Marcona almonds for nuttiness and texture. Sticky dates for their rich caramel sweetness. This dish is vegan – great after a weekend of indulgence. Serve it with rice or your favourite grain and make it a meal.”

Heat the oven to 220C/425F/gas 7, with a rack in the middle. Remove and reserve any green leaves from the cauliflower, then trim and discard the rough part of the stem. Cut the cauliflower lengthways into two or three 2cm thick steak-like slices. The rest will fall apart, but that’s OK – it will still taste great.

In a small bowl, whisk together the oil, turmeric and salt. Arrange the cauliflower steaks and pieces, along with any leaves, on a baking tray, drizzle with the oil mixture, and gently turn the cauliflower with your fingers to coat. Roast until golden and tender but not at all mushy, 25-30 minutes.

Meanwhile, make the dressing: In a jar with a lid or in a medium bowl, vigorously shake or whisk together all of the ingredients.

Arrange the roast cauliflower on a platter and drizzle with the dressing. Top with the dates, coriander leaves and almonds. Serve hot.

“Hanger steak (also known as butcher’s steak) is relatively lean but packed with flavour,” explains Antoni. “Lime juice and a heap of mint and coriander leaves make the dish salady and satisfying, and give it an Asian twist.”

2 large limes, cut in half

3.5tbsp olive oil, plus more for brushing and grilling

Squeeze two teaspoons juice from one of the lime halves. Put the juice in a bowl and stir in the shallot and a teaspoon salt. Set aside.

In a large bowl, mix together the garlic, ginger and one tablespoon of the oil. Add the steak and turn to coat. Let stand for 10 minutes.

Heat a lightly oiled gas or charcoal grill to high or heat in an oiled griddle pan over high heat. (On a charcoal grill, most of the coals should be covered with white ash, and you should be able to hold your palm 2.5-5cm above the cooking grate for no more than two to three seconds.)

Brush the cut sides of the remaining lime halves with a total of one and a half teaspoons of oil and season with a generous pinch each of salt and pepper.

Scrape the marinade from the steak and season with one-and-a-quarter teaspoons of salt and half-a-teaspoon of pepper. Grill the steak, turning once, until nicely charred, four to five minutes per side. At the same time, grill the lime halves, cut side down, rotating them occasionally, until charred, about five minutes. Transfer the limes and steak to a cutting board and let rest for 15 minutes.

Stir the remaining two tablespoons oil into the shallot mixture.

Slice the steak crossways into 1cm thick pieces and arrange on a platter. Squeeze the grilled lime wedges over, then spoon the shallot vinaigrette on top. Top with the herbs and chilli.