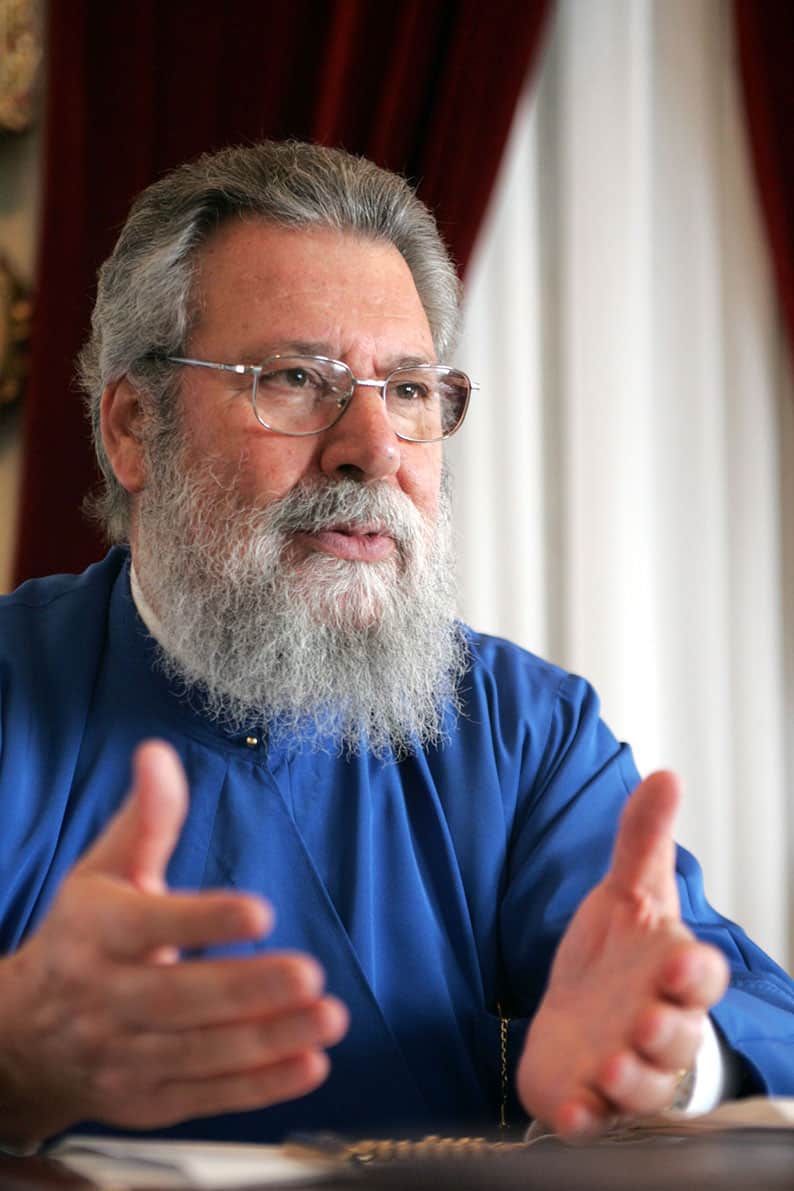 Archbishop Chrysostomos to testify on Tuesday

The Patriarch of Moscow’s move to overlook the name of Archbishop Ieronymos II of Athens and All Greece during a divine liturgy on Sunday was unacceptable, Archbishop Chrysostomos said on Sunday.

The move by Patriarch Krill came after Athens recognised the autocephaly of the Orthodox Church of Ukraine and sent a letter of congratulations to its primate Epiphanius in a row that has been going on for over a year.

In 2018, the Russian Orthodox Church said had decided to sever all relations with the Ecumenical Patriarchate of Constantinople – the seat of the global spiritual leader of around 300 million Orthodox Christians – in protest over its endorsement of Ukraine’s request for an “autocephalous”, or independent, church. The move, according to Kiev was a vital step against Russian meddling in its affairs, but the Russian clergy see this as the biggest split in Christianity for a thousand years.

According to Russian media reports on Sunday, the Russian Orthodox Church stopped Eucharistic communion with Archbishop Ieronymos II but the decision did not apply to the whole Greek Church, the reports said. Then on Sunday Krill failed to mention Ieronymos along with other Church leaders during the divine liturgy.

The Cyprus Church has been unwillingly entangled in the row since last year when the Russian embassy warned the Archbishop that if Cyprus took the side of Constantinople, it would affect relations between Moscow and Nicosia.

At the time, he remained firmly on the fence.

But on Sunday, following the latest developments, Chrysostomos said: “I consider the attitude of the Patriarch of Moscow unacceptable.”

“We do not cut off the memory of another Church because we disagree with one’s position. Only if someone becomes a heretic do we break up with him and what I do know is that neither the Ecumenical Patriarch nor the Athenians are heretics,” he said but qualified the statement by saying this did not mean he agreed with them.

He said the Cyprus Church had tried to mediate to find a solution even though they did not like having to do that and did not persist.

“That is why we as the Church of Cyprus also hold a neutral stand because we do not agree with the stand of either of them.”