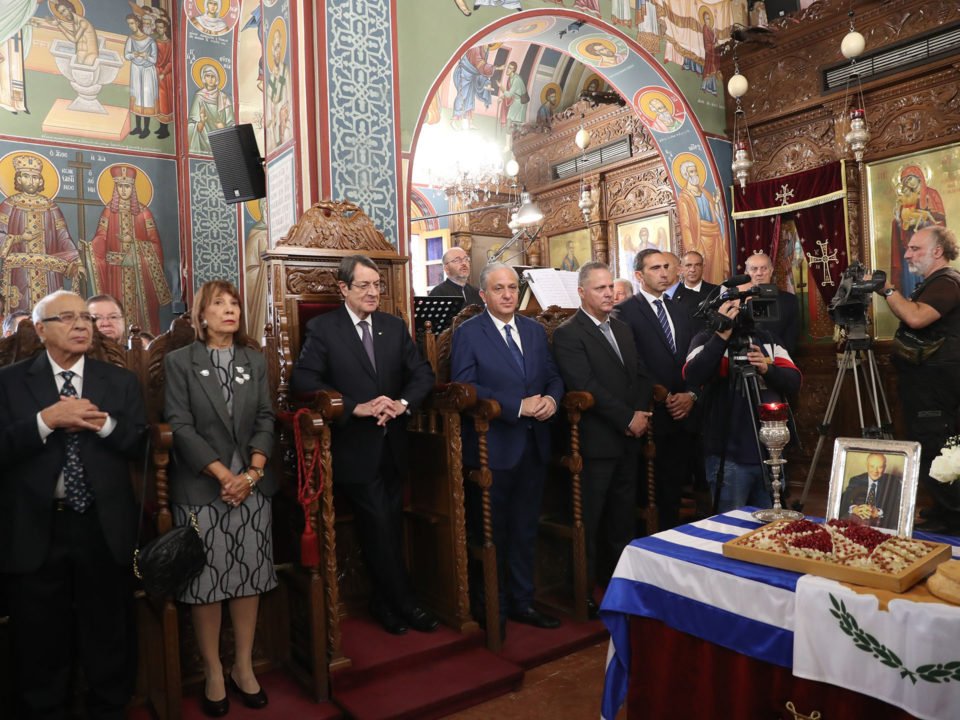 President Nicos Anastasiades said on Sunday that the basic conditions to formulate the terms of reference for a resumption of talks have been set.

He was asked about his expectations ahead of a tripartite meeting, later this month, with the UN Secretary-General and the Turkish Cypriot leader in Berlin.

Asked about preparations for the tripartite on November 25, Anastasiades said that it was possible that the UN special envoy, Jane Holl Lute, would visit Cyprus prior to the meeting.

Speaking about the terms of reference, which could pave the way for the resumption of the talks, the president said that “any attempt to impose in advance, or address in advance, issues that need to be discussed at the negotiating table would be an “unthinkable attempt or political act, either from our side, or from the Turkish Cypriot side.”

The president was speaking after the 6th memorial service of former President Glafcos Clerides, in Nicosia. He praised Clerides as his mentor and political father, as well as a man with political ethos. “We honour today a leader who left his mark on patriotic assertive realism, a characteristic of a visionary politician,” he said.

The time of reckoning has come